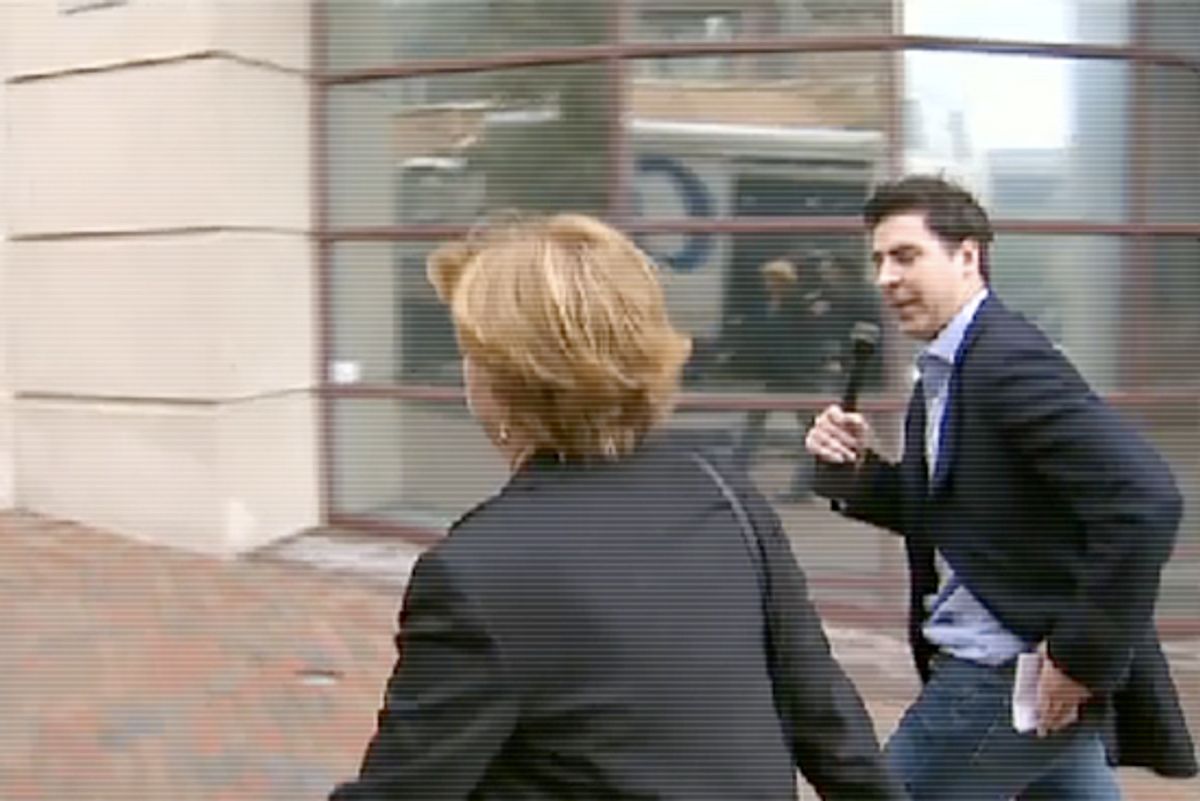 The war on NPR is continuing apace. Any good Fox News crusade requires an ambush "interview" conducted on cowardly bully Bill O'Reilly's behalf by loathful producer Jesse Watters (known for ambushing a judge who was forbidden by law from commenting on pending cases and quite literally stalking blogger Amanda Terkel without bothering to even invite her on the show), so O'Reilly sent Watters out to find NPR chief executive Vivian Schiller.

O'Reilly has some complaints about NPR! Specifically he is upset about the time in 1996 when poet and essayist Andrei Codrescu said he would welcome the disappearance of evangelical Christians (which NPR apologized for), and the time in 1995 when Nina Totenberg wished for Jesse Helms to suffer a poetically just fate for his well-documented hatred.

Of course NPR did invite criticism -- though not the kind of "criticism" where Jesse Watters shouts lies at you while you're trying to walk to work -- when they fired Juan Williams for embarrassing them while claiming they fired him because "analysts" aren't supposed to air their "views." NPR had, as Williams himself wrote, more problems with his work than just his comments about Muslims in "Muslim garb," but they should've either let him go well before this or just rebuked him and then let his contract expire.

Still, none of that matters now, because Fox is just going to wage war on NPR -- and all public broadcasting -- until they find something new to get excited about.

O'Reilly will air more of this "interview" tonight.