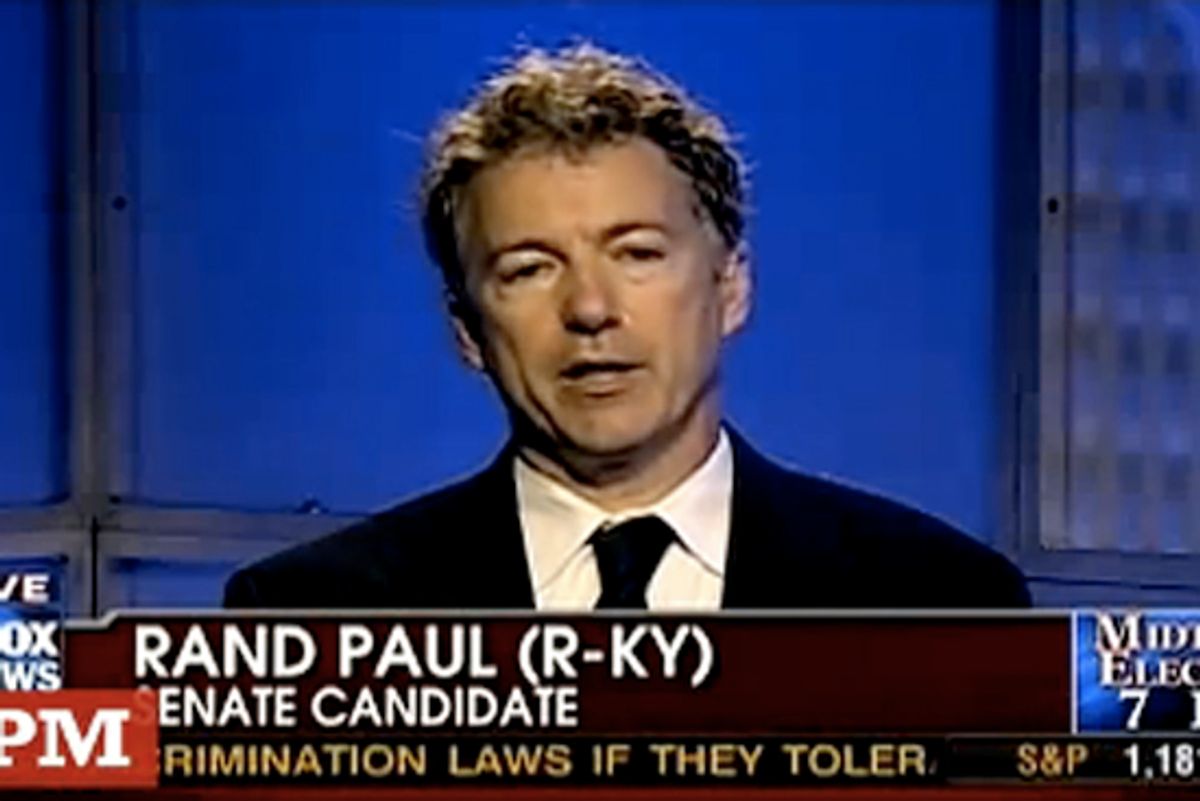 This morning, Republican Senate candidate Rand Paul and MoveOn publicly responded to the attack by Paul supporters on a MoveOn protestor outside the Kentucky senatorial debate Monday night.

Speaking on Fox, Paul conspicuously declined the opportunity to condemn the attack. "It's an unusual situation to have so many people, so passionate on both sides, jockeying back and forth and it wasn't something I liked or anybody liked about that situation," he said. "So I hope in the future it's going to be better."

Watch video of Paul's television appearance, via TPM, below:

MoveOn, for its part, is demanding that the woman's attackers be "brought to justice," and is calling on Paul to condemn the attack directly. The group's full statement:

“We're appalled at the violent incident that occurred at the Kentucky Senate debate last night. Numerous news reports clearly show that the young woman--a MoveOn supporter--was assaulted and pushed to the ground by Rand Paul supporters, where one man held her down while another stomped on her head. This kind of violence has no place in American society, much less at a peaceful political rally.

Our first concern is obviously Lauren's health and well being. She is recovering, and we will release more details as we have them. We are concerned that no arrests have yet been made, and we hope those responsible will be brought to justice quickly, and that Rand Paul will join us in condemning this horrible act.”