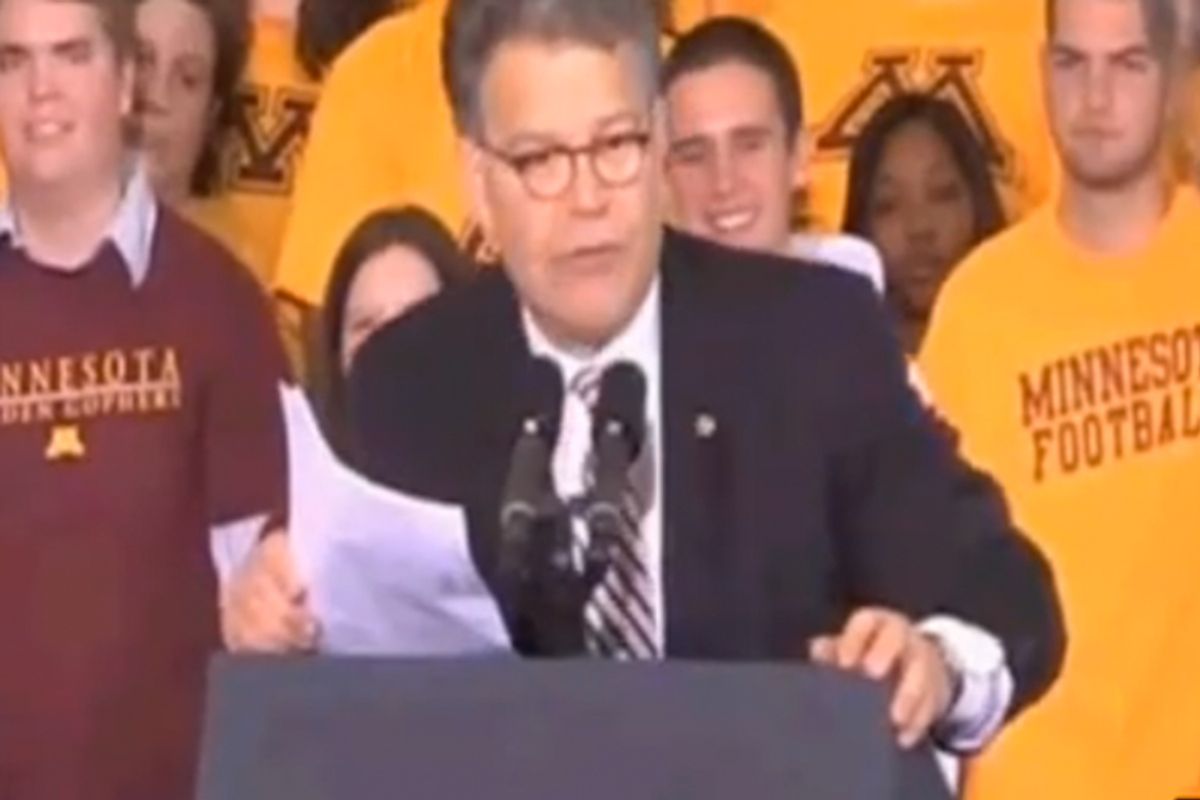 Sen. Al Franken stopped being funny once he began his campaign for the U.S. Senate, but since taking office he has, every now and then, allowed himself to crack a joke. At a Mark Dayton rally in Minnesota recently, he performed his own version of Barack Obama's now-tiresome "ditch" routine. His lengthier, funnier version.

The danger of this sort of thing is that because Franken is a former professional satirist, this basically sounds like he is mocking the president's (and the party's) message:

Seriously, add one or two more laugh lines and this is superior to every single "Saturday Night Live" political cold open of the last two years.

(The full speech/routine is here.)