"Terriers": One of this fall's only gems

While the other new shows falter, this scrappy detective drama gets better with age 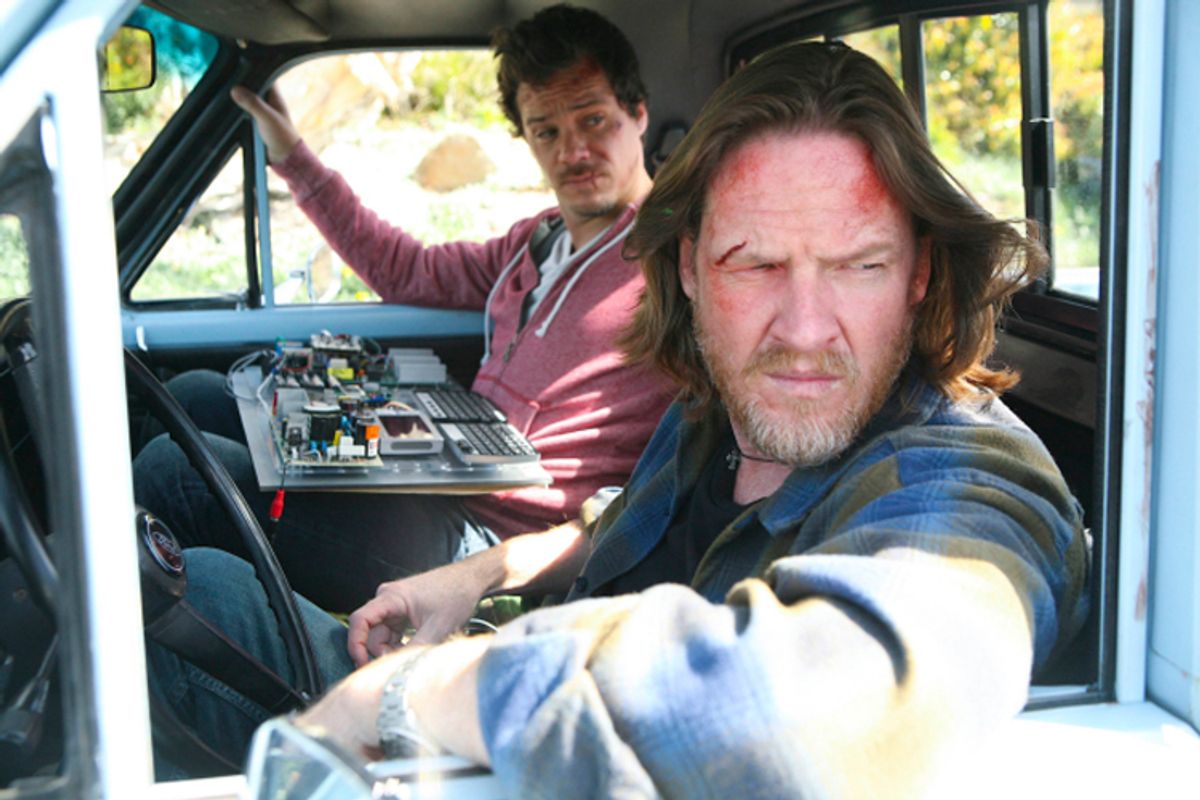 America's obsession with youth is rooted in nostalgia. Why else would a nation of old people want to watch carefree whippersnappers frolic recklessly about in hot pants on their TV and movie screens? We want some old familiar taste of the excitement and uncertainty of youth. In watching 20-somethings (and middle-aged people surgically altered to look like them), we're trying to remember how it feels to be loud and energetic and confused, to leap before we look, to believe that an entirely new life might spring up around the next corner.

When I was younger, I thought it vaguely pathetic to fixate on the past, humming "Glory Days" and exalting the joys of high school or college, of all depraved and undeserving times. But once you're old enough to have at least a loose notion of how the next decade of your life will play out, nostalgia for youth inevitably slips into the frame. The past takes on a sepia-toned magic hour glow: The big hurts and disappointments come to seem just as sweet as the good times.

Far from pathetic, though, nostalgia can bring the richness of the present to light, and illuminate what matters the most to us and what amounts to unnecessary trivia. Nostalgia allows us to view our lives through a more soulful lens.

No wonder, then, that FX's "Terriers" (10 p.m. Wednesdays) may be the most soulful new TV show to air this fall. Nostalgia makes up a big part of the ambience on this detective drama, from its almost quaint focus on the charms of San Diego's Ocean Beach neighborhood to its romanticized flashbacks of ex-cop Hank's (Donal Logue) failed marriage. There are a lot of "formers" in the mix here: former wives, former lovers, former alcoholics, former convicts, former cops. It's no wonder that longing and regret weigh on every scene.

Luckily, that heaviness is balanced out by a great sense of humor, just as the show's patient, thoughtful pace is enlivened by its unpredictability. When Hank and his buddy Britt (Michael Raymond-James) decide to make private investigation their business, they do so with the casual "What do we have to lose?" spirit of two former dirtbags determined to create a new life out of the ashes of the past. Hank was a cop with a drinking problem that ruined his marriage to his soul mate. Britt was a criminal who did things he can never tell his girlfriend Katie (Laura Allen) about. Despite their nagging doubts about the endeavor and themselves when they're each alone, Hank and Britt rally to a common cause when they're riding through the streets of Ocean Beach together in Hank's rusty old pickup.

And like freelance spy Michael Westen (Jeffrey Donovan) of "Burn Notice" or Angela Lansbury's retired novelist of "Murder, She Wrote," Hank and Britt seem to stumble on people with investigation needs everywhere they go, whether it's an executive at their local bank who suspects his wife of cheating or a kid who wreaks havoc in their local diner because he can't remember his own name. As rote as private investigation can seem three decades after Magnum charmed us with his laid-back Hawaiian solitude and lonely bachelor ways, the new puzzles that this pair solve each week are consistently entertaining and unexpected. There are twists, yes, but not an endless supply of them; just one or two curveballs to keep things interesting, then some extended pondering of the emotional consequences. Unlike other detective shows that traffic in the black and white of good and bad characters, "Terriers" embraces the hazy in-between, from devious ex-buddies to ambivalent teenage accomplices to reformed thugs.

When they're not empathizing with life's losers or getting help from their three van-dwelling stoner-genius friends who hack into federal databases for fun and profit, Hank and Britt are typically engaged in some odd mix of bickering and messing with each other. When Britt discovers that the guy in the tux store that Hank just had him pickpocket is actually Hank's ex-wife's fiancé, Britt starts spinning a tall tale about how big the guy's family treasures are. "His girlfriend probably hits her head on the ceiling trying to climb on top of that thing. And I’m not even talking about girth yet -- you could screen a movie on that python!" Some of the show's best quips, though, come from Maggie (Jamie Denbo), a lawyer they do work for who's just had a baby. Along with reprimanding Hank and Britt for everything from looking scruffy to staring at her chest ("Stop staring at my son's lunch"), she typically introduces each case with an aside about what dirtbags the two are ("These clients are important people. They're better than you").

Witty banter like this dominated the pilot, of course, leading viewers to believe it was full of empty shenanigans and lighthearted frippery. What has cemented the show with a small (very small) cadre of loyal fans is the slow and steady development of its characters into fallible souls anxious to move forward while the echoes of the past pull them back. "What's wrong with me?" Katie asks Hank about her drunken indiscretion that threatens to ruin her relationship with Britt. "Why, Hank, when everything's so perfect?" "Probably because somewhere, deep down inside you, you just don't feel like you deserve it," he replies. Hank may be as tenacious as a terrier, but his heart makes him as pliable as a puppy. Looking back at the past will make you soft like that.