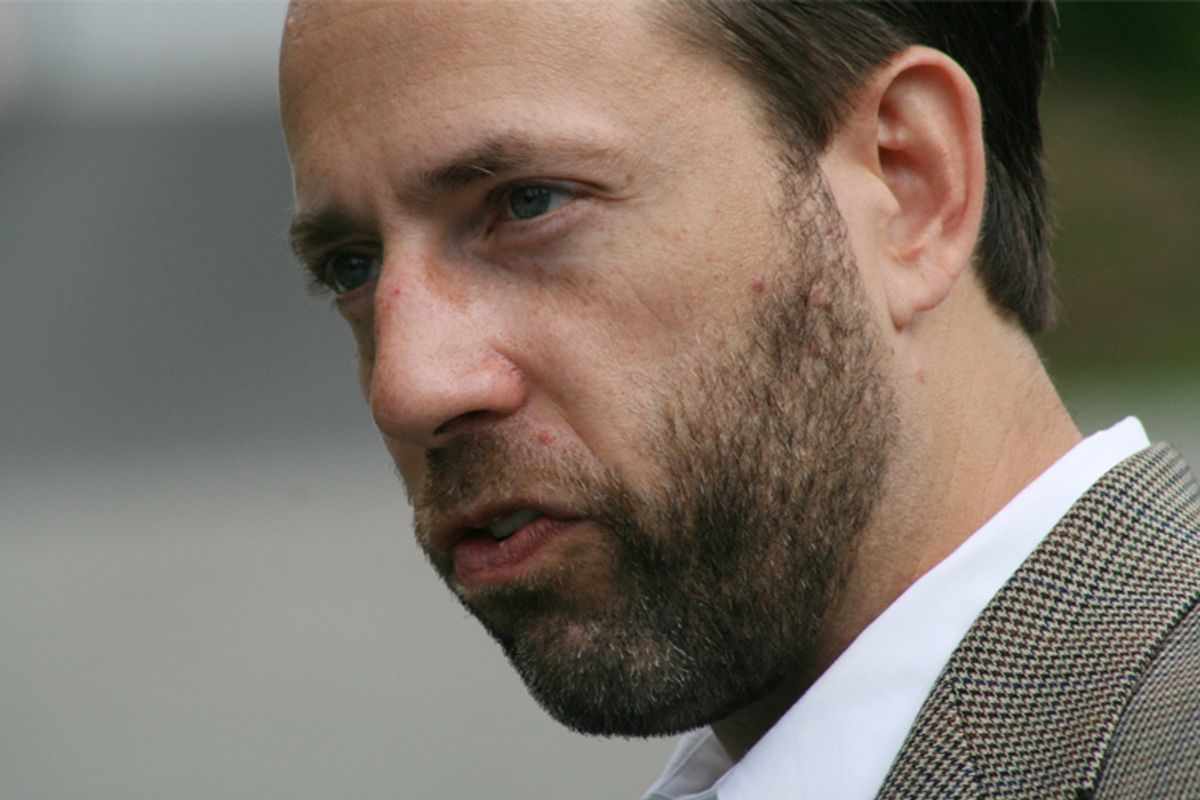 The personnel records of Alaska Republican Senate hopeful and Tea Partier Joe Miller were finally released late Tuesday following a judge's order, and they add some new color to the already-reported story of an ethics violation committed by Miller when he was an attorney at the Fairbanks North Star Borough in 2008.

Several Alaska media outlets successfully sued the borough to get the records, which detail an episode in which Miller went on several coworkers' computers to vote in an online poll (backstory here), then tried to cover his tracks by deleting the computers' cache, then lied about it repeatedly to his supervisors.

Alaska Dispatch reports on an email from Miller to his supervisor in which he admitted to lying (the full documents can be read in .pdf here):

In a March 17, 2008 e-mail to his borough attorney Rene Broker, Miller admitted to the allegations against him:

"Over the lunch hour this past Wednesday, I got on three computers (not belonging to me) in the office. All of them were on and none of them were locked. I accessed my personal website, for political purposes (participated in a poll), and then cleared the cache on each computer. I did the same thing on my computer. Jill asked the office what happened. I lied about accessing all of the computers. I then admitted about accessing the computers, but lied about what I was doing. Finally, I admitted what I did."

It turns out then when Miller deleted the cache on his coworkers' computers in order to cover his tracks, he also cleared useful information like saved passwords. All of which makes the episode seem both small-bore and pathetic, though still potentially damaging to Miller since it has been dominating the news cycle for days.

He received a disciplinary letter from his bosses that said, "It has been apparent in the last several months that you are under significant stress and it has affected your judgment ."

In other Alaska news, Rachel Maddow is in town and Miller told her in a brief, mobile interview that he supports a ban on same-sex marriage: