Paul head-stomper: Blame everyone but me 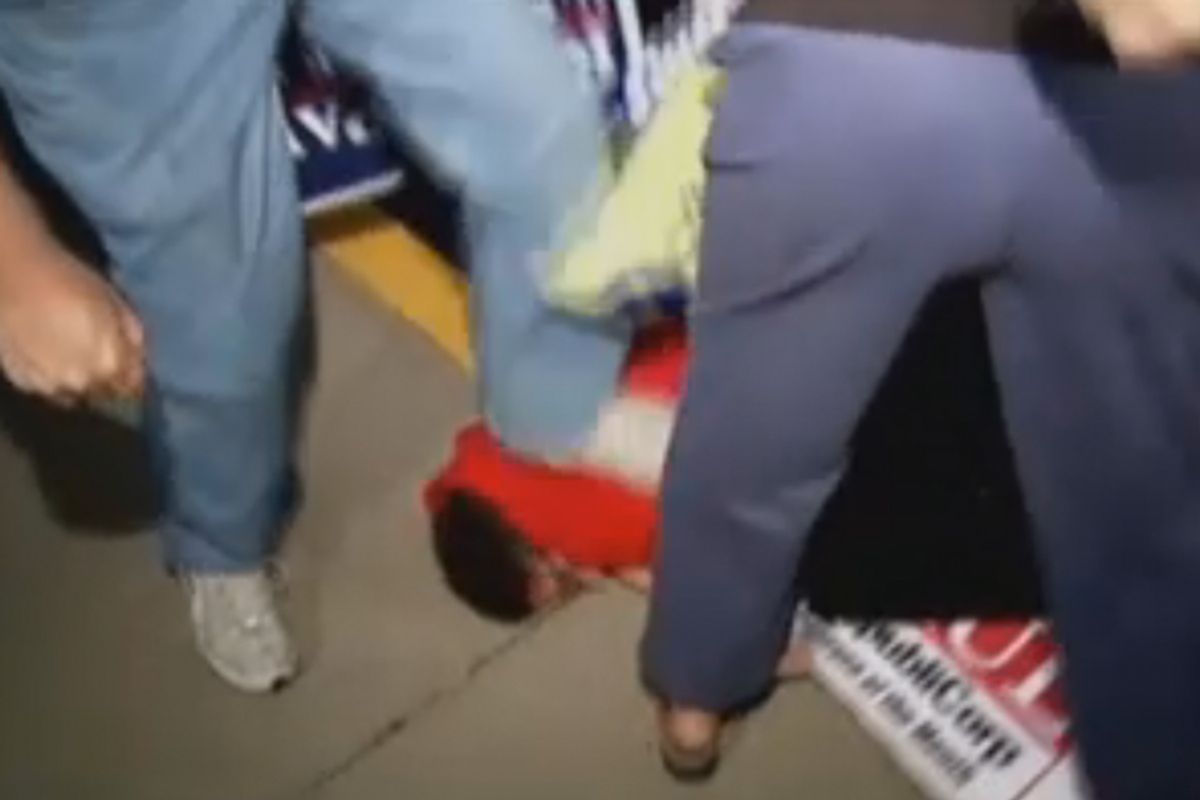 (UPDATED) This has got to be the most compelling local news segment of the entire election cycle. WKYT in Kentucky got an interview (via TPM) with Tim Profitt, the Rand Paul supporter who stomped on the head of MoveOn protester Lauren Valle outside the Senate debate Monday.

“I am offended and outraged by the words of Tim Profitt, the Rand Paul campaign worker who, with two other men, threw 23 year-old Lauren Valle to the ground and then stomped on her head, leaving her with a concussion. Profitt said the attack was 'not a big deal,' that Lauren 'instigated it' and that 'she should apologize' -- words that are eerily familiar to many women who have faced assault and abuse.

“Lauren's exercise of her First Amendment rights cannot possibly justify the violence against her any more than a woman's clothes can excuse a sexual assault. If Tim Profitt can get away with blaming Lauren for his attack on her, then women -- and all those speaking out for their beliefs in this political climate -- will have reason to fear. Candidates on both sides of the aisle, including Rand Paul, must condemn Profitt's outrageous statements and call out this violence for what it is: anti-women and anti-American."