The predictable tsunami of sewer money

Was the Supreme Court ruling in Citizens United naively mistaken -- or cynically partisan? 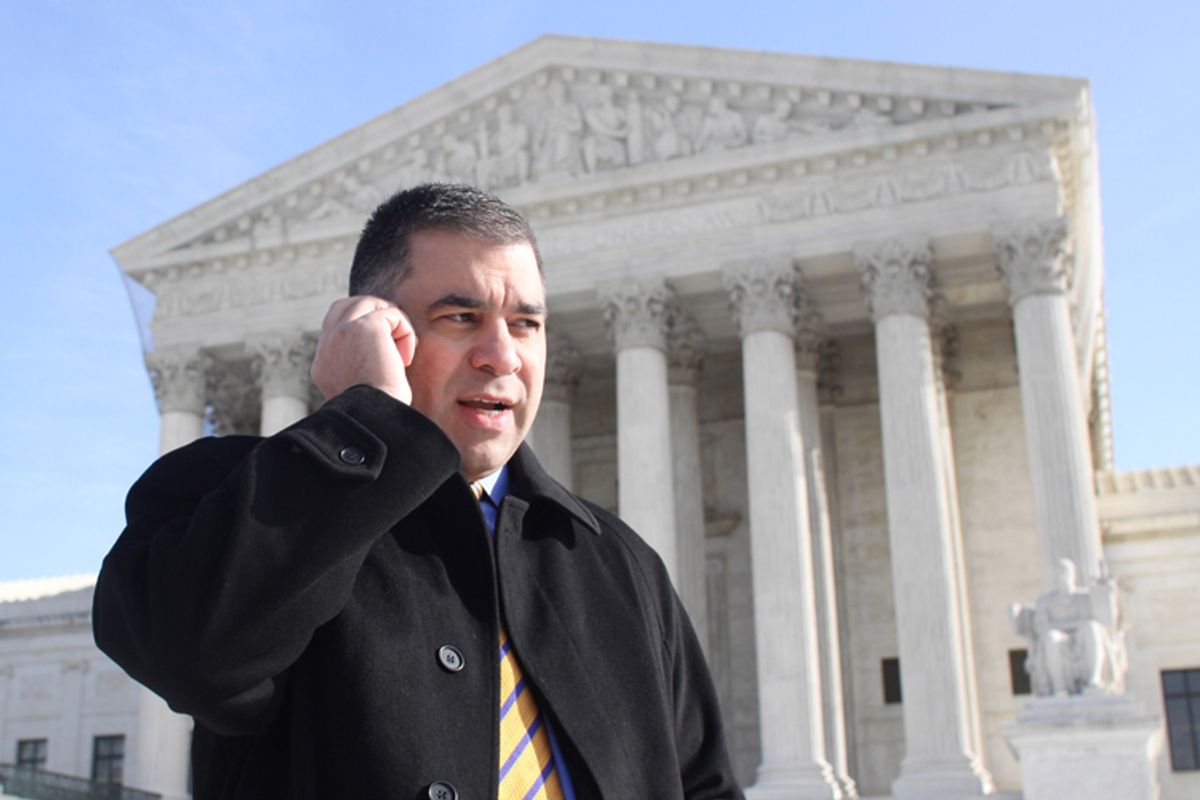 The indisputable  idiocy of the Supreme Court’s decision in Citizens United -- leading to a midterm tsunami of what we New Yorkers call "sewer money" -- is featured on the front page of today’s Los Angeles Times. Reporter David Savage begins with the salient quotation from the majority opinion written by Justice Anthony Kennedy and then goes on to explain why that opinion is so grossly flawed:

"With the advent of the Internet, prompt disclosure of expenditures can provide shareholders and citizens with the information needed to hold corporations and elected officials accountable for their positions," Justice Anthony M. Kennedy wrote in January. "This transparency enables the electorate to make informed decisions and give proper weight to different speakers and messages."

But Kennedy and the high court majority were wrong. Because of loopholes in tax laws and a weak enforcement policy at the Federal Election Commission, corporations and wealthy donors have been able to spend huge sums on campaign ads, confident the public will not know who they are, election law experts say.

Former FEC Commissioner Karl Sandstrom calls the Kennedy opinion “naïve,” saying that it reflects “a very uninformed view of how disclosure works.” Then again, neither Kennedy nor his conservative colleagues attempted to inform themselves about the realities of donor disclosure before overturning the century-old restrictions on corporate cash. But was that truly naive, or cynically partisan?

As the Justices could have discovered quite easily, the IRS code allows nonprofit groups to register as "social welfare" organizations under Section 501 c (4) -- and lets them support “independent” campaign advertising without disclosing the names of donors, so long as their “primary activity” is not political advocacy. That loophole was enlarged last August when the FEC ruled, in a divided opinion, that a donor who funds political advertising campaigns need not be disclosed unless the money was provided for a "particular advertisement." In practice, as former Republican FEC commissioner Trevor Potter told Savage, that is an impossible standard that permits any donor to remain anonymous, no matter how much he, she or (in the case of a corporation) it gives.

What is naive is to imagine that we are all concerned with civic virtue and political transparency.  Former FEC chairman Bradley Smith dispels any such illusion with a few breezy, characteristically misleading words:

"Voters do know who is funding the ads — every single one of them," he said.

Smith said the U.S. Chamber of Commerce discloses its spending on election ads, as does Rove's group, even if they do not specifically disclose their donors.

"Is there anybody who doesn't know where the chamber is coming from?" he asked. "None of this troubles me in the least."

And why would any of "this" trouble Smith, yet another Republican appointed to run a federal agency whose laws and rules he despised? The free flow of sewer money is what Republican lawyers like him have advocated for decades – ever since the Watergate scandal exposed their party’s easy access to suitcases of corporate cash.

The question is why Kennedy and the other four justices in the majority would pretend otherwise.