From Sherlock Holmes to Jane Austen: How classic fiction figures would have adapted to the digital age 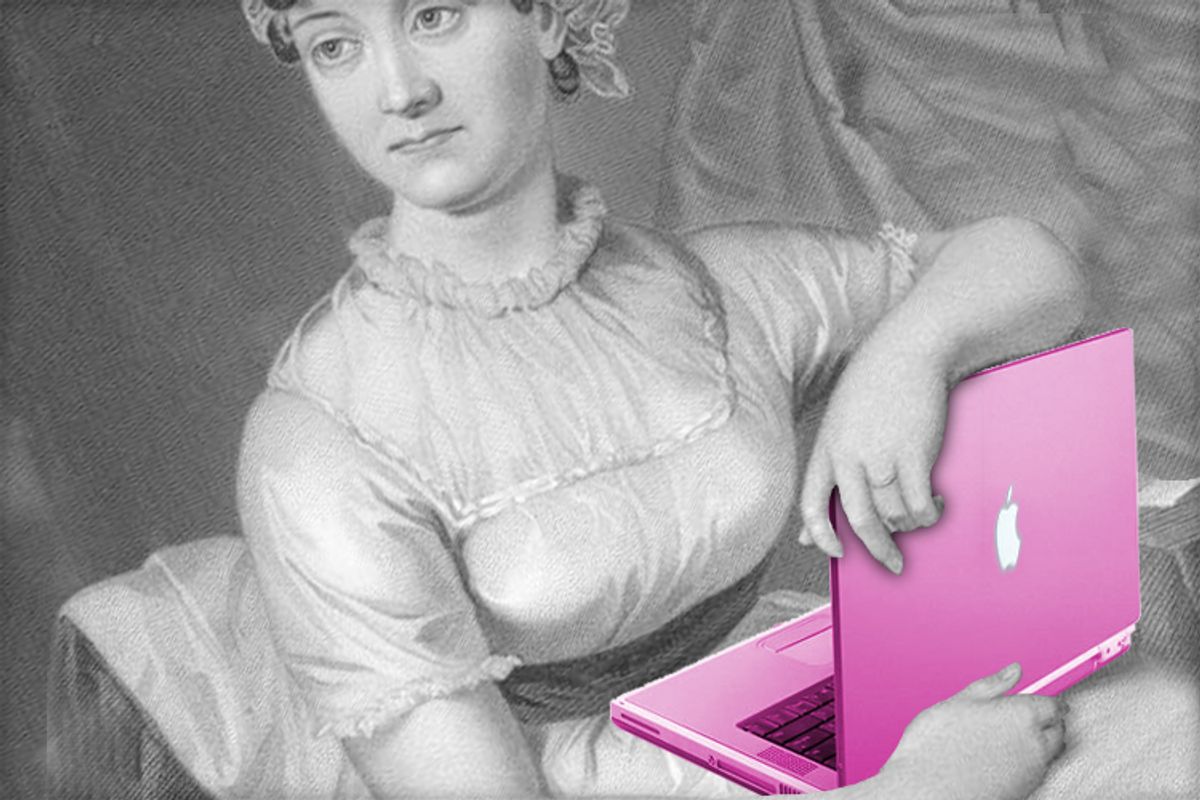 In the BBC's clever new reboot of the Sherlock Holmes stories, the great detective plies his trade in the present day. Sir Arthur Conan Doyle's creation is so utterly identified with late Victorian London as to make this seem almost unimaginable, but the miniseries' creators have imagined it -- specifically which aspects of 21st-century life Holmes would wholeheartedly embrace. He likes to text.

It makes sense; Holmes -- played as a chilly yet frisky über-nerd by the wondrously named Benedict Cumberbatch -- would naturally prefer to issue his opinions and summons without having to suffer the responses of average "idiots." In the first episode of "Sherlock," a beleaguered Inspector Lestrade, in the midst of a press conference about a rash of suspicious deaths, receives a barrage of one-word texts from the detective: "WRONG," "WRONG" and "WRONG." A moment later, the whole press corps starts getting them, too.

When it comes to integrating new technologies into familiar fictional forms, we've mostly seen one of three things: forgettably gimmicky novels told entirely in e-mails; hysteria about the demonic properties of the Internet; or complaints about how cellphones and GPS have ruined a handful of reliable thriller and horror tricks. It's a lot harder these days to believably strand the hero or heroine in some remote, sinister locale, cut off from any opportunity to summon help.

But there's no reason to assume that the devices that have transformed our daily lives must inevitably scuttle our storytelling. Some things never change. (The Dr. Watson of "Sherlock," for example, is still recovering from a bullet wound, and he still got it in Afghanistan.) People are still people and Sherlock Holmes will certainly always be Sherlock Holmes. Which raises the question of how some of literature's other great characters might have taken advantage of the digital age.

The ill-fated matchmaking and meddling of Jane Austen's Emma Woodhouse, for example, was seamlessly updated to include cellphones in the 1995 movie "Clueless." Of course, an Emma transposed to 2010 would have a field day with Facebook, nudging acquaintances to friend each other and forming little groups like "People Who Have Heard Quite Enough in Praise of Jane Fairfax," to the dismay of Mr. Knightley. Can anyone doubt that if Holden Caulfield were around today he'd have a blog? He practically invented the blog, five decades before the things existed! As for James Joyce's Stephen Dedalus: He'd have a Tumblr.

Would it necessarily detract from "Moby-Dick" if Ahab implanted a GPS chip in the white whale, and couldn't Iago have spread doubt and suspicion even more insidiously as an anonymous Internet commenter? Scarlett O'Hara could have bypassed that loveless marriage to Frank Kennedy and financed the restoration of Tara by using the project as the premise for a reality TV show. That would be just like her -- and the dress made out of old curtains would still play.

Josef K. would get trapped in voice-mail hell while trying to get out from under a robo-signed mortgage. Jay Gatsby and Becky Sharp would live in dread of a shrewdly executed Google search. Fagin would graduate from picking pockets to identity theft. And as for Jeeves, it's no coincidence that an Internet search engine was once named after him; I wouldn't be surprised if he had a secret, time-warping connection to the Web all along.

What about it, Salon readers: Which new technologies would feature in an updating of your favorite classic books? Post your responses in the comments thread.