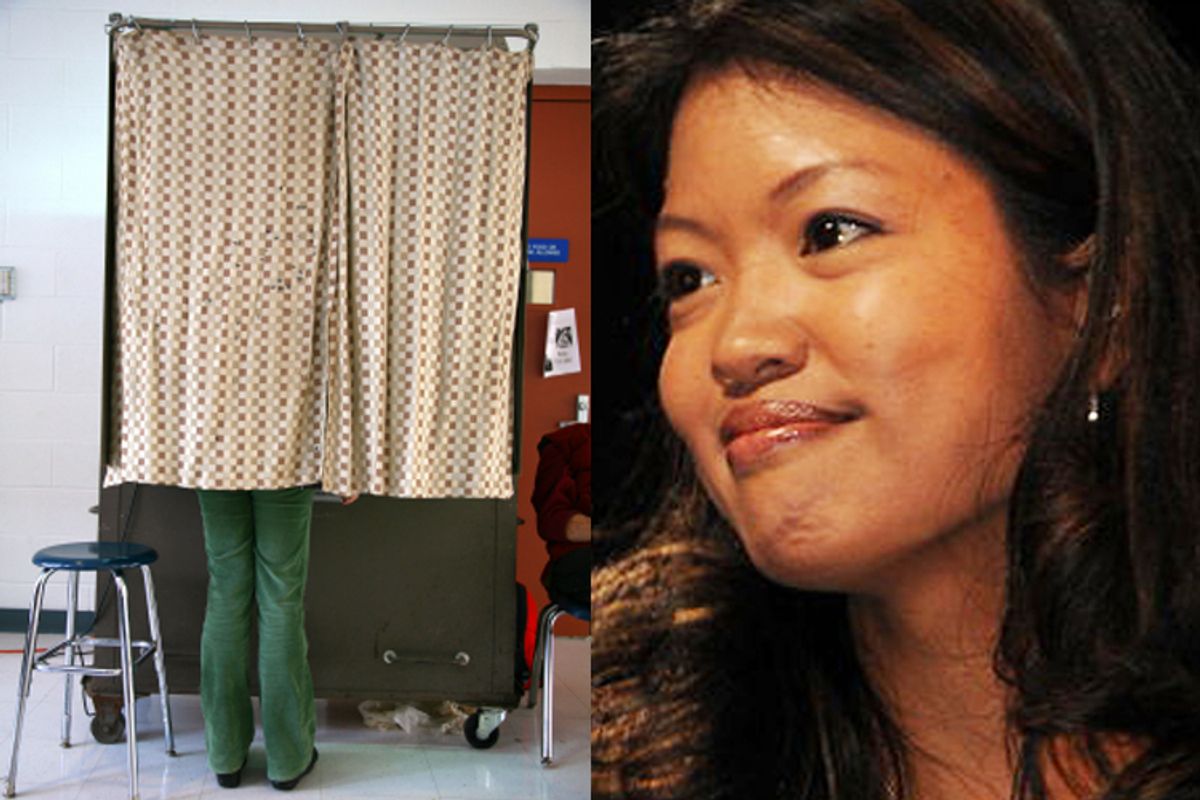 Worrying about "voter fraud" is a convenient way for Republicans and conservatives to practice voter intimidation and old-fashioned suppression of minority voters without drawing as much negative attention as, say, an outright poll tax would. In truth, there is hardly any "voter fraud," and even if it was as rampant as they pretend, it wouldn't actually work., as Christopher Beam explains today. (For it to swing an election, it would require the participation of a ridiculous number of people willing to commit a felony, including, in the fevered conservative imagination, illegal immigrants willing to risk deportation in order to support Harry Reid.)

The Bush administration dedicated itself to fighting this imaginary menace of voter fraud, either because conservatives have deluded themselves into believing it a legitimate problem or just to, again, throw minorities off voter rolls. But in five years they managed 86 convictions, some of which were accidents and all of which were incredibly small-scale.

Conservatives have seized on the election of Al Franken as their own Bush v. Gore, except in this case the winner actually got more voters than the loser. But they can't accept that (Senator Al Franken!!), so they've spent years convincing themselves that they're one lawsuit or investigation away from proving that Franken's 312 vote margin of victory was based on voter fraud. The most extensive conservative investigation to date alleged that over a thousand fraudulent votes were cast. Except that in reality it was more like 205 instances of someone who might have been a felon maybe voting. (For whom? There's no way to know.)

Based on this group's exhaustive study, Hennepin County has charged 47 people with committing voter fraud. 43 felons voted (many of them just didn't know that felons aren't allowed to vote) and four people double-voted.

Meanwhile psychotic hate-blogger Michelle Malkin is appearing on Fox to warn the old people that any time a Democrat wins an election, it is because thousands of illegal immigrant felons triple-voted for him or her. Malkin commands Fox viewers to declare themselves the "voter fraud police," which means harassing people who look poor or foreign. (Why won't the Justice Department arrest the New Black Panthers who keep stealing elections, hmm?)

Should the Democrats maintain a slim majority in either legislative house, expect conservatives to blame fraud. Aided by, of course, the currently non-existent ACORN.