Did the FBI cook up a fake bomb plot?

A Virginia man allegedly planned to attack the Washington Metro system, but how big a role did informants play? 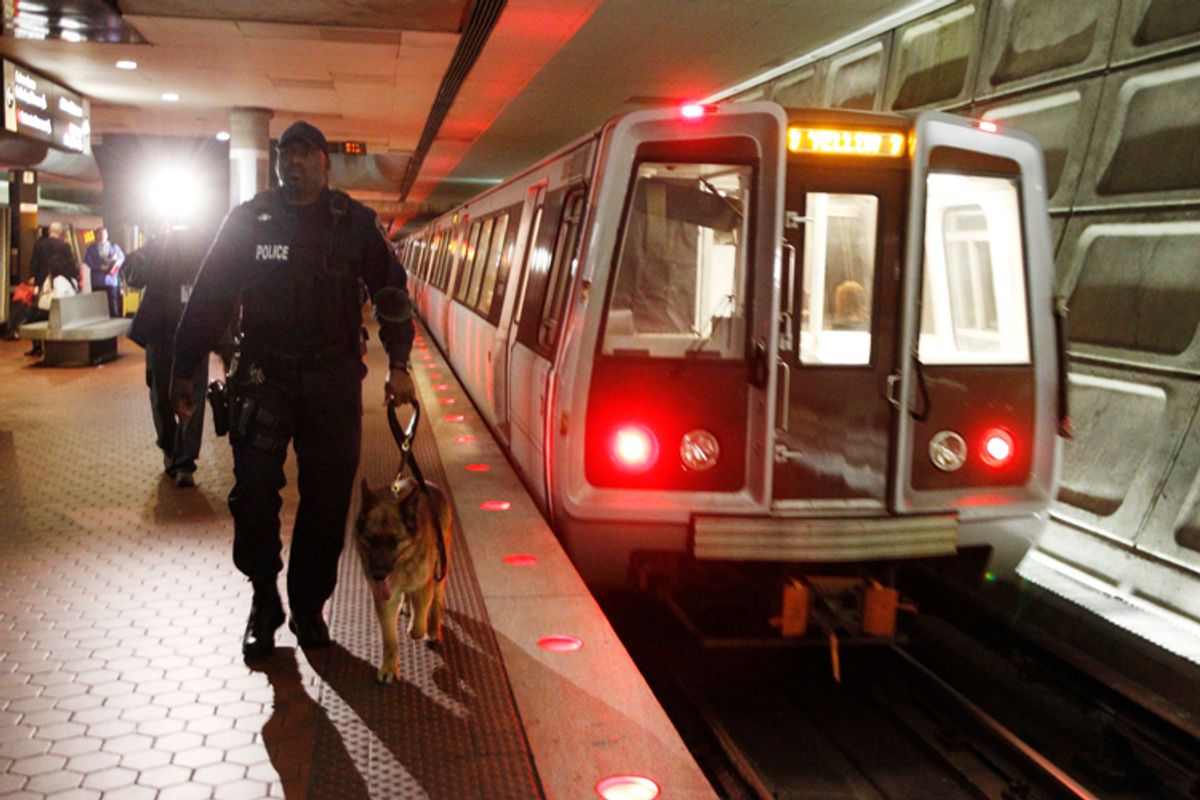 With a big splash Wednesday, the Justice Department announced it had arrested a Virginia man for allegedly plotting attacks on Washington, D.C.-area Metro stations. The man, 34-year-old Farooque Ahmed, who was born in Pakistan and is now a naturalized U.S. citizen, is charged with material support for terrorism and collecting information to assist in an attack on a transit station.

It's still very early in the case, and almost everything we know at this point is what the Feds decided to include in a nine-page indictment. But it's not too early for some context.

The indictment (read it in full below) does not allege that Ahmed had contact with any genuine terrorists. Rather he interacted with people "he believed to be members of Al-Qaida" -- who were in fact working for the FBI. From the DOJ press release:

According to the indictment, on or about Sept. 28, 2010, Ahmed provided to an individual whom he believed to be affiliated with al-Qaeda diagrams that Ahmed drew of three Metrorail stations in Arlington and provided suggestions as to where explosives should be placed on trains in Metrorail stations in Arlington to kill the most people in simultaneous attacks planned for 2011.

The indictment offers some juicy tidbits -- Ahmed allegedly proposed using rolling suitcases instead of backpacks to bomb the Metro -- but it is notably thin in details about the role of the FBI. It is not clear, for example, whether Ahmed or the FBI (or some combination of the two) came up with the concept of bombing the Metro in the first place. And the indictment does not say when and why Ahmed first encountered the people he believed to be members of al-Qaida.

An unnamed administration official told the Washington Post that Ahmed "first drew the attention of law enforcement officials by seeking to obtain unspecified materials." Translation: The Feds are not ready to tell the public very much about this case.

Much of the press has been passing on the government's version of the case; the Associated Press, to its credit, has a critical write-up that refers to a "fake bomb plot."

Another unanswered question is whether Ahmed was paid by the FBI. That's what happened earlier this year in the case of a Lebanese immigrant in Chicago who was seemingly coaxed into a fake attack by FBI informants, to the point where the informants paid him (government) money to quit his job and focus on the fake plot full-time, before finally providing him with a fake bomb that he left outside Wrigley Field.

And then there was the case of the Newburgh Four, a group of sad-sack men who were convicted this month of conspiring in 2009 to bomb New York synagogues (after being provided with a fake explosive by an informant). Bloomberg Businessweek reported in a must-read piece that the Newburgh case "vindicated the post-9/11 strategy of using an informant to identify individuals deemed likely to engage in terrorism and encourage them up to the point of arrest." Is that what we're seeing again in the Ahmed case? We probably won't know for a while yet.