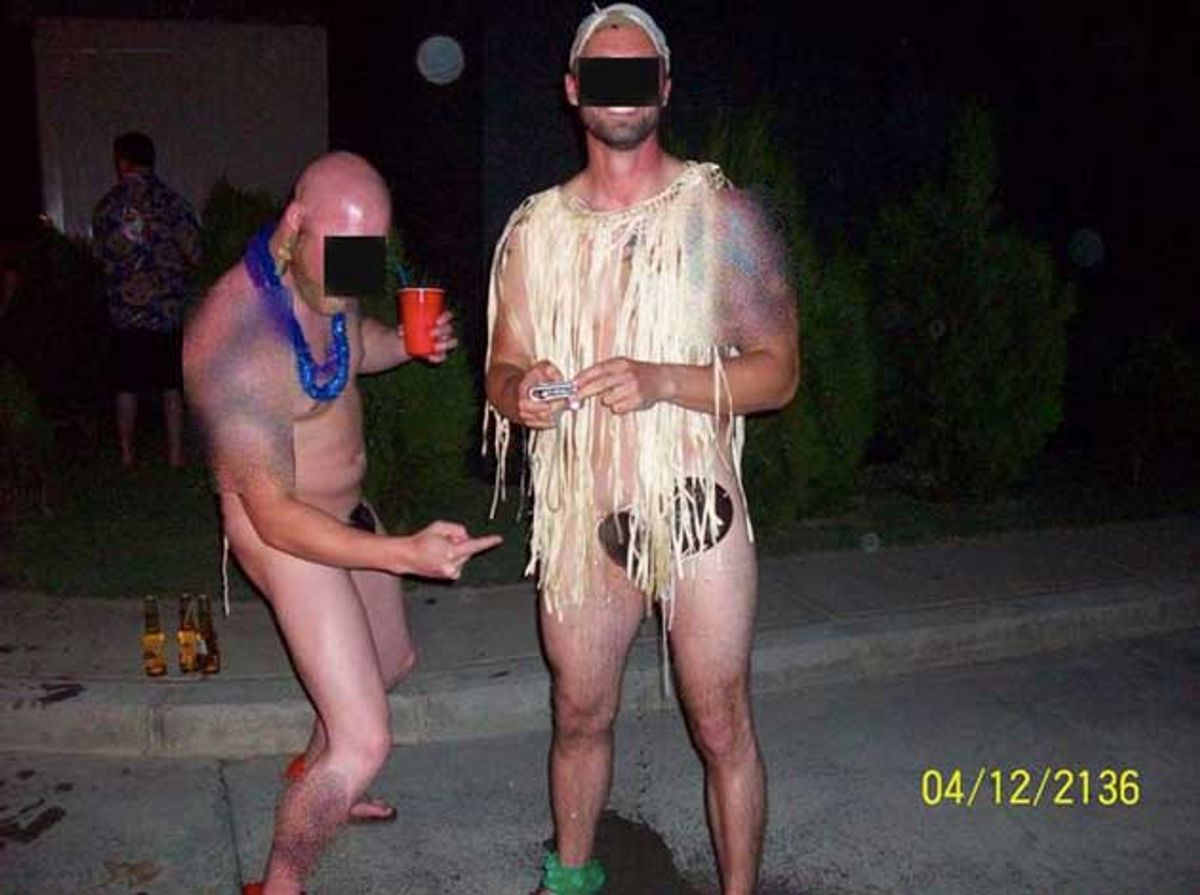 ArmorGroup personnel party in Kabul, in a picture released by a government watchdog group in 2009.
--

As President Obama's war in Afghanistan continues to not be an issue in the midterm elections, the latest reminder of the grim situation over there comes in the form of a blistering State Department Inspector General report on the private security contractors at the Kabul embassy.

It was contractors with the company ArmorGroup, remember, who were accused in 2009 of maintaining a "Lord of the Flies environment" at the embassy (there was also the now famous picture of a vodka butt-shot. ArmorGroup, which is owned by UK-based private security giant G4S, is the subject of the just-released 50-page State Department IG report.

From the report's key findings:

For this caliber of work, ArmorGroup was on a $190 million contract, awarded in 2007. The company's guard force at the embassy number 400 men, who were "primarily" from Nepal. Another as-yet unspecified firm is set to take over the work this year, according to the IG report.

G4S, the parent company of ArmorGroup, did not immediately respond to a request for comment.

There's a lot more of interest in the report -- dig in: