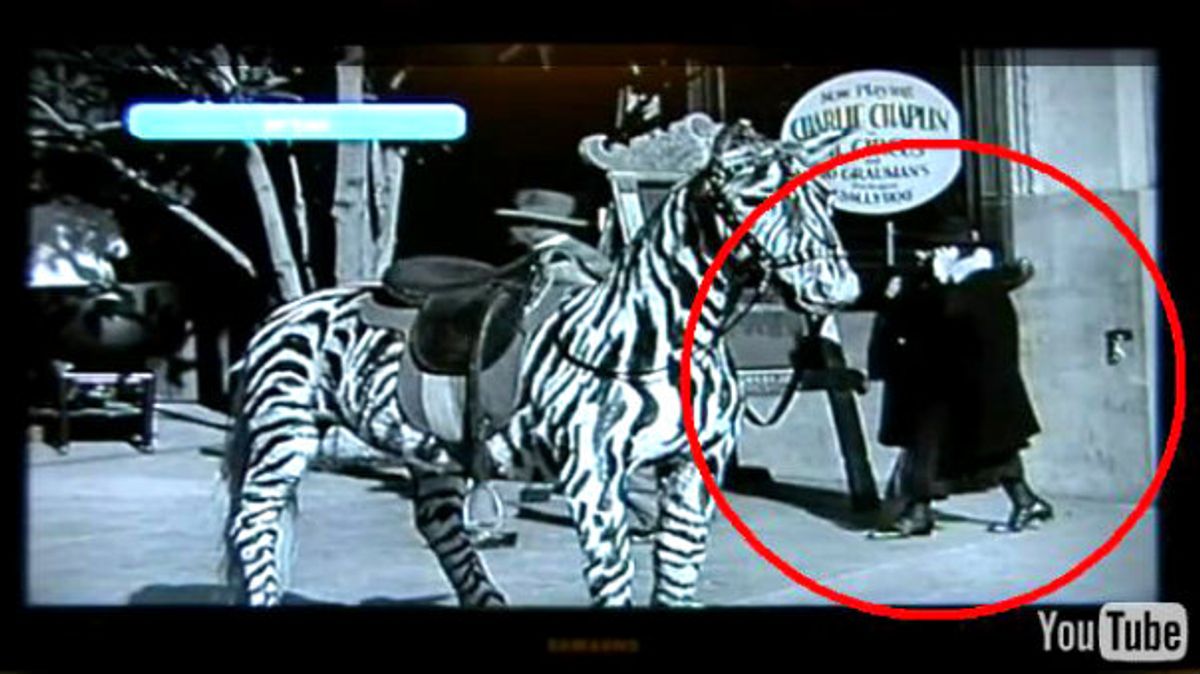 The encircled woman appears to be holding a cell phone
--

What's the first place you would visit if you could travel through time into the past? Ancient Rome? George Washington's plantation? 1955? The time traveler supposedly discovered by filmmaker George Clarke showed considerably less ambition: the premiere of an obscure Charlie Chaplin film.

In his fascinating YouTube video, Clarke dissects some footage taken in 1928 at Mann's Chinese Theatre during a promotion Chaplin's classic "The Circus." One sees a woman in the background talking into some sort of device. At first glance, it looks an awful lot like a cell-phone. Could this be a time-traveling film buff?

Hoax or not, the video's got many in the Internet community buzzing with speculation and theories of their own. Even Time has joined in, asking physicist Michio Kaku whether time travel is possible. Famecrawler reminds us that the Chaplin footage is not the first time the public has cried "time traveler!" this year.

But here's a thought: If the Chaplin time traveler is talking on a cellphone ... how is she getting service? Does Verizon's coverage extend across space and time?

You can watch the Clarke video below, and start postulating your own Charlie Chaplin time traveler theories: