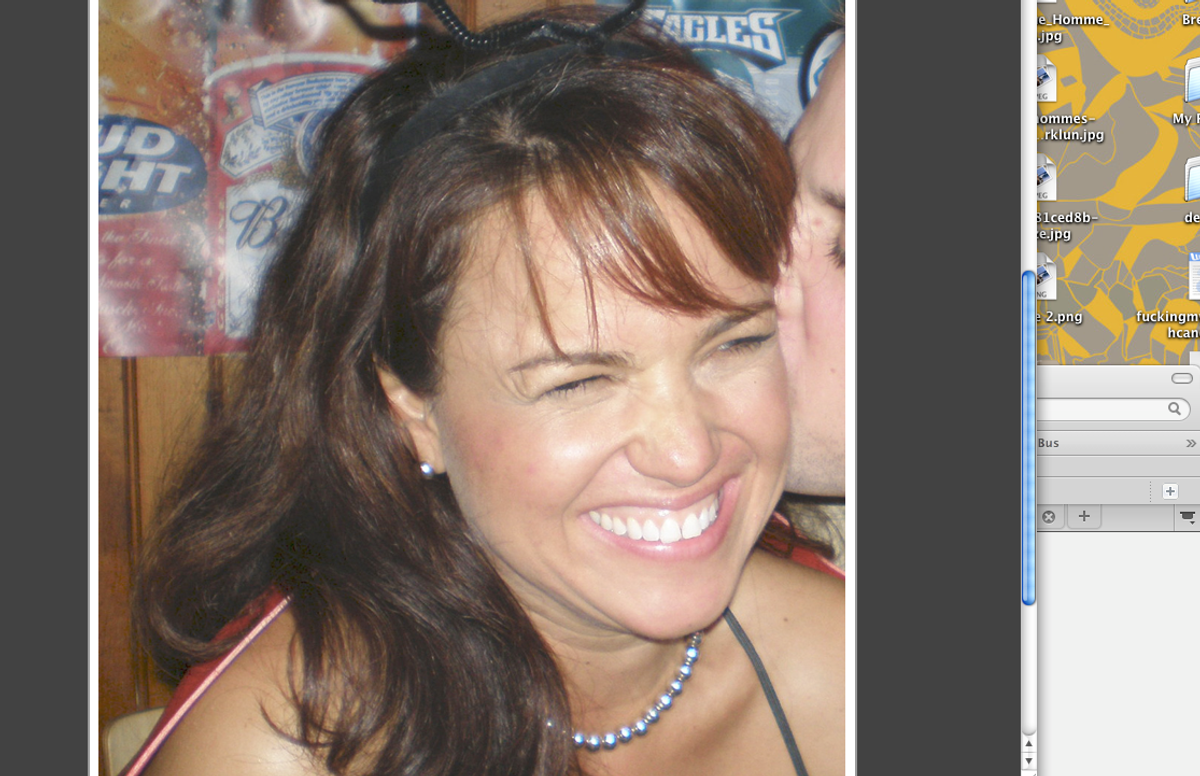 I really hate Gawker for making me do this, but ... I'm going to have to defend Christine O'Donnell. The site just published an anonymous first-person essay with the headline "I Had a One-Night Stand With Christine O'Donnell." Apparently Gawker's headline writers go by a different definition of "one-night stand" than the rest of the world, though, because her anonymous lay didn't actually get laid. Anonymous says that three years ago O'Donnell showed up tipsy with a friend at his front door on Halloween. Then 25, he was totally weirded out by her random drop-in because he didn't know her all that well -- but that didn't stop him from dressing up in a boy scout's uniform, hitting the town and tossing back several beers with her. Eventually, she grabbed his hand, kissed him and whispered sweet nothings -- god, I'm bored to death already, aren't you?

Cut to the pair back at his house making out on the couch and then in bed. Ah, but here's where he decides to be a gentleman: "I won't get into the nitty gritty details of what happened between the sheets that evening. But I will say that it wasn't half as exciting as I'd been hoping it would be." Wait, no, scratch the gentleman part. "Christine was a decent kisser, but ... as soon as her clothes came off and she was naked in my bed, Christine informed me that she was a virgin" -- although she didn't reveal that she was a "born-again" virgin. He adds: "And she made it clear that she was planning on staying a virgin that night." Then Anonymous does away with all pretense of being a decent human being and writes: "But there were signs that she wasn't very experienced sexually. When her underwear came off, I immediately noticed that the waxing trend had completely passed her by," he continues. "Obviously, that was a big turnoff, and I quickly lost interest. I said goodnight, rolled over, and went to sleep." Obviously, you're an ass, Anonymous.

The next morning he ordered her out of bed so that he could get to work, and then saw her off without so much as a kiss goodbye. Then she kept calling and e-mailing him without getting the hint, et cetera, et cetera -- I trust you can fill in the blanks of this puerile narrative. Gawker includes some shots from that evening of O'Donnell dressed as a ladybug and cheesing for the camera, but Anonymous is cropped out. That's a smart call, because I'm fairly certain that if this cowardly, tasteless young man's identity was disclosed, his story of not having sex with Christine O'Donnell would be about as close to sex as he would get with anyone for quite some time. I'll leave the rest of Anonymous' drubbing to the rest of the Internet, which already has that covered.

Not only is this piece piggish, but it reveals nothing relevant about her politics or character. In fact, if anything it makes her an immensely more relatable and sympathetic character. As a Gawker commenter put it, "To me the only point of this mildly tacky, rather boring story is that Christine O'Donnell comes off as a human being, and even a likable one." Congrats, Gawker, you've accomplished quite a feat.