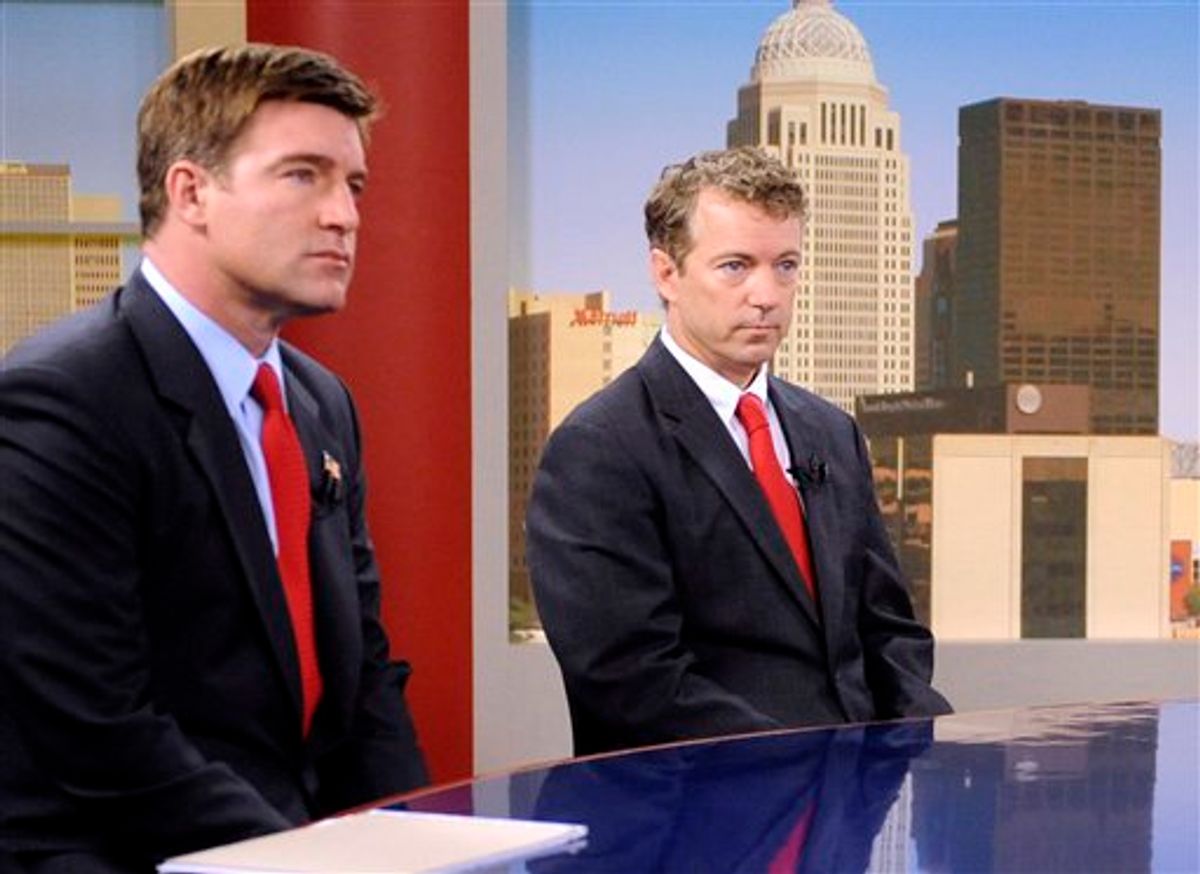 FILE - In this Oct. 3, 2010 file photo, Kentucky Senate candidates, Democrat Jack Conway, left, and Republican Rand Paul, prepare for their debate in Louisville, Ky. Candidates have been slinging mud from afar for months, their insults filling TV ads and peppering speeches. Now, they're meeting up close _ in many cases for the only time _ and getting right in each other's faces. (AP Photo/Patti Longmire, File) (AP)
--

In the bitter U.S. Senate race in Kentucky, a local millionaire has helped launch a barrage of ads attacking the Democratic candidate – a candidate who, as the state's attorney general, is prosecuting the businessman's nursing home for allegedly covering up sexual abuse, records show.

So basically Forcht, whose Hazard Nursing Home is alleged by Conway to have covered up the sexual abuse of a senior, is now targeting Conway in the campaign. He's doing this as a donor for Paul and as the banker for Crossroads, the group tied to Karl Rove that is spending big against Democrats around the country -- including Conway.

The ABC piece also floats the possibility that Forcht has donated to Crossroads' partner group, American Crossroads GPS, which is organized under a section of the tax code that allows it to keep donors anonymous. It's possible Forcht is a donor to GPS, but (barring an extraordinary leak) we will never know. This highlights one of the problems with lack of disclosure: potential conflicts can pretty easily be hidden from public view.

Here's one of the Crossroads ads against Conway: