Watch Reagan and the GOP get crushed in a midterm 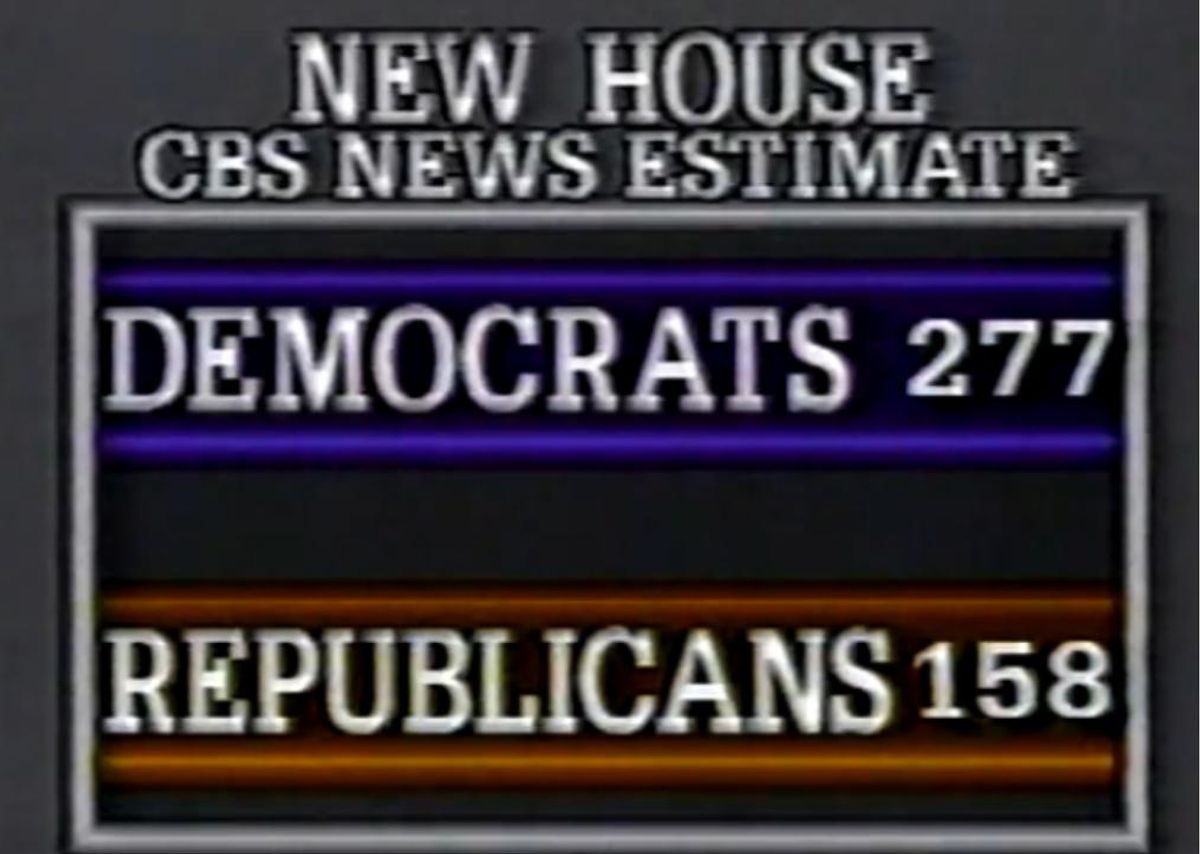 I've written an awful lot this year about the parallels between 2010 and the midterm election of 1982, when Ronald Reagan and the Republican Party suffered a drubbing not unlike the one Barack Obama and the Democrats are likely to face next week. I've done this because so much of today's political analysis focuses on Barack Obama's supposed strategic, tactical and communication flaws -- the idea that he wouldn't be stuck with a 44 percent approval rating if only he'd show more empathy, or say the word "jobs" more, or emote like Bill Clinton, or channel Reagan's charm, or stop pursuing an agenda that's too liberal, or too moderate, or ... whatever. Everyone has a theory.

But we don't need these theories. Joblessness is stalled near 10 percent and economic anxiety is off the charts. That's the recipe for a midterm disaster for the Democrats now, and it was the recipe for a midterm disaster for the Republicans in 1982. Of course, our memories aren't always that good. Pundits today tend to figure that whatever happened in the first half of Reagan's first term couldn't have been that serious; after all, he came back and won 49 states in 1984 and now he's recalled by many as a beloved president.  So they either ignore the glaring and obvious parallels between Obama's first two years in office and his, or they invent flimsy, baseless distinctions between the two presidents.

The bottom line is that Obama's poll numbers have fallen for the same reason Reagan's did in 1982, leaving him -- and their party -- in the same ugly place that Reagan and the GOP found themselves in the '82 midterm. There will be plenty of gloating from Republicans in the coming days and weeks (as there has been for months now) about how the country has turned emphatically and decisively against Obama and the Democrats -- the same blind chest-thumping in which the Democrats of '82 engaged. What they won't admit is that their good fortune will last only as long as the economy falters; something that Reagan demonstrated to Democrats in 1983 and 1984.

Anyway, my fingers have grown tired from making this point, with limited success, to judge from the the analysis that dominates cable news. But maybe a visual demonstration will help. Below you will find a video of CBS News' Election Night coverage from 1982, edited together by an evidently sharp YouTube user. Included in the 7½ minute clip is CBS' projection that the Democrats would pick up between 24 and 34 House seats (they ended up with 26). I know: This is smaller than the number Democrats are expected to lose next week, but remember that the GOP only had 191 seats heading into the '82 midterms. As Walter Cronkite, who briefly appears, puts it, the GOP's losses in '82 were "far more than were being predicted by most pollsters in the last couple of days of the campaign."

Also pay attention for Walter Mondale, who was the Mitt Romney of '82 -- one of the opposition party's presumed front-runners for the '84 presidential campaign. He tells Cronkite:

I think the public is voting rather decisively today to change that course. I think I've traveled this country more than anybody in the last two years, and it was clear to me that people were suffering, that they didn't think this policy was working, that they cared about other issues, like the environment and Social Security, and that they wanted a change

Take out the environment and Social Security and can't you imagine Romney -- or Huckabee or Gingrich or Pawlenty or Barbour -- sitting for an interview on a major network next Tuesday night and saying the exact same thing?

Also worth noting is Bill Moyers, then a CBS News analyst, making this point to Dan Rather:

Do you remember, Dan, just two years ago the people were saying, "The Democrats can't govern. Get rid of Jimmy Carter! Give us a Republican Senate!" Because people were really unhappy. Two years later, they're still unhappy, but at a different party and a different president

Again, just imagine next Tuesday night, when Howard Fineman pops up on MSNBC and declares:

Do you remember, Keith, just two years ago the people were saying, "The Republicans can't govern. Get rid of George W. Bush! Give us a Democratic Congress!" Because people were really unhappy. Two years later, they're still unhappy, but at a different party and a different president.

Anyway, here's the video. If you want to preserve some sanity as you watch the returns on Tuesday night, please keep it in mind.