Ezra Klein reviews H.W. Brands' new book about the transformative years between 1865 to 1900 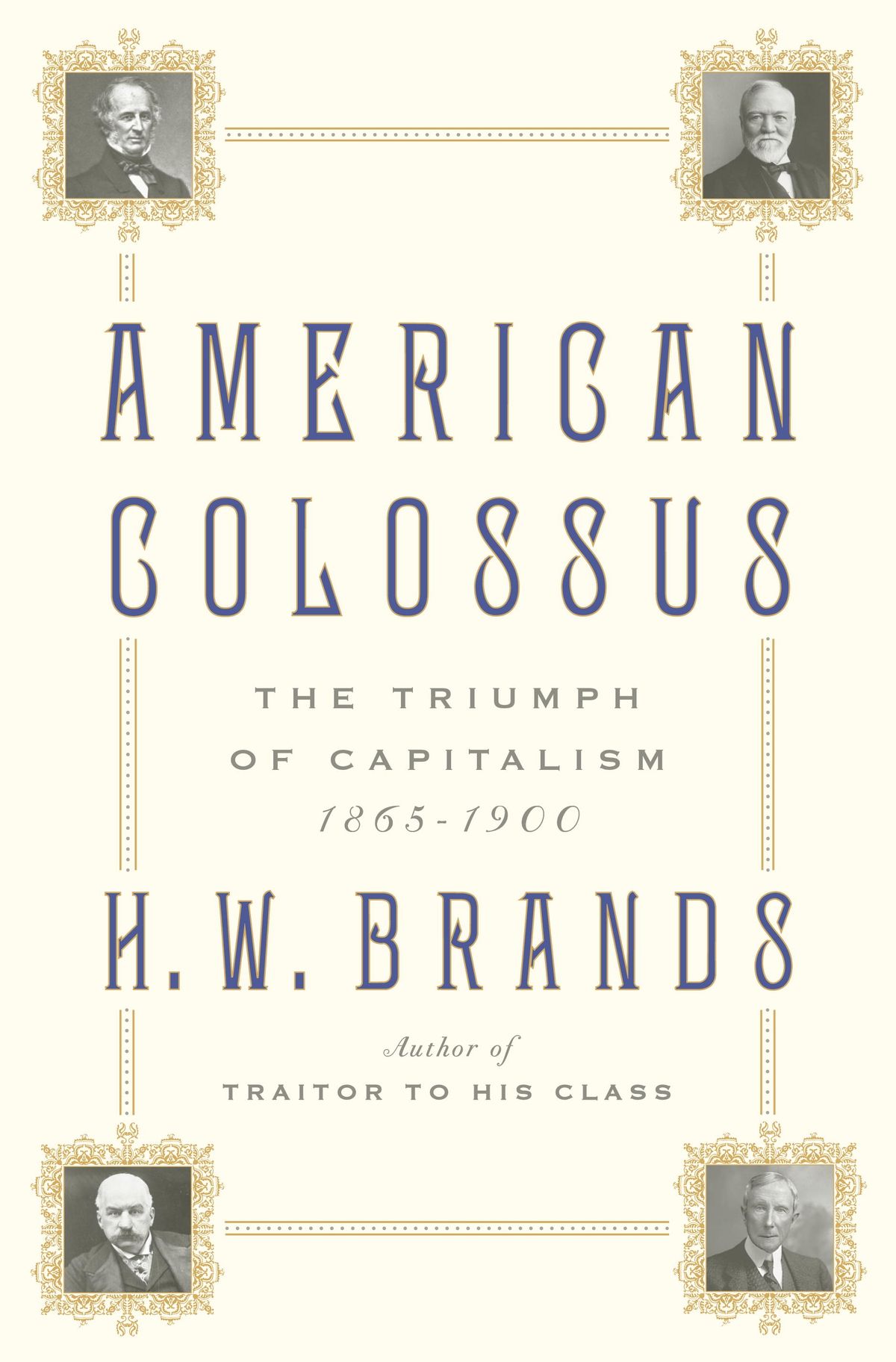 The story of "American Colossus" spans the years 1865 to 1900. This, H.W. Brands says, captures the rise of capitalism, the moment when money met power met politics. It was the era that, in some ways, most directly prefigured our own economy, kicking off a rise in economic inequality that would end in the Great Depression and remain unmatched until, well, today.

But why? That's the question that "American Colossus" does not effectively answer. Brands, whose biographies of FDR and Benjamin Franklin were both Pulitzer Prize finalists, offers many stories, vignettes and portraits, but his book is unfortunately short on explanations. Still, there are hints here and there, bread crumbs on the trail of history.

Technological changes like the railroad and the telegraph made for a newly national economy. Individual businesses could suddenly serve -- and profit from -- more of the country at once. Today, of course, it's the Internet and telecommunications and global financial markets making for a more globalized economy, and so individuals can serve -- and, again, profit from -- more of the world at once.

The sudden ability to get much richer led to the sudden emergence of much richer men. This was, famously, the age of J.P. Morgan, of John D. Rockefeller, of Cornelius Vanderbilt and Andrew Carnegie. And as the political system had not prepared itself to resist their wealth, they applied their wealth to the political system to help them amass ever more of it. So many questions in this book are settled by some well-timed bribes that you wonder if any policy disputes were ever discussed on the merits.

Someone, of course, had to do the work to make all these innovations a reality. German, Irish and Chinese immigrants -- not to mention the freed slaves -- were as exploited as they were necessary. The Chinese, for instance, proved to be crucial members of the railroad crews, as they knew techniques for blasting through hills that domestic laborers had never seen before. This did not stop their owners from treating them like pack animals rather than people.

The general cruelty of capital gave rise to an occasionally militant labor movement fighting to protect itself. Over and again, Brands follows workers who link arms -- or, in some cases, take them up -- against the tremendous pressure the economy puts on them. There are the Molly Maguires, a secret society of Irish workers who carry out a campaign of terror against management, and are finally brought down by the infamous Pinkerton National Detective Agency. There are the labor riots that rip across the country. There are the armed standoffs between workers and the goons hired by their bosses. There's violence and bloodshed. The stakes are terribly high: Without work, you could starve. With work, the safety regulations were so lax that you could be killed.

But for all the richness of the period, Brands' approach is hampered by the sheer number of stories he tells. Any given chapter could have had a book -- or many books -- all to itself. The business titans, of course, and the technological advances. Our tour through the end of the slave trade -- a particularly interesting chapter as the South suddenly has to develop a labor market based upon wages -- and the influx of Irish, German and Chinese workers. The time we spend laying spikes with railroad workers before driving cattle with herders. The presidential ambitions of William Tecumseh Sherman and Theodore Roosevelt. Sitting Bull's rise, and the fall of Tammany Hall. Say this for it: The book's got scope. And amid this panorama are some truly stunning views. This is my favorite of them:

The historic dearth of labor was perhaps the central feature of the American economy in the seventeenth and eighteenth centuries. This explains much of why Americans resorted to slavery (while Europe, for most domestic purposes, did not). It was also why labor was better rewarded in America (except for those slaves) than in Europe, which in turn explained the attraction of America to immigrants.

Coming, as it does, amid much color and many stories, that clear shot of economic analysis tells you what a thousand anecdotes could not. Too often, Brands has the thousand anecdotes -- but not the analysis. His book is about what happened, rather than why it happened. It rarely pauses to explain why the monopolies arose so rapidly, or why the political system wasn't more concerned by their power. And given the sheer number of narrative threads, that makes it hard to see how they're all sewn together.

To some, that may in fact be a virtue. "American Colossus" never bogs down in numbers, offering instead a fast-paced tour through a fast-paced period in our history. To me, it was a problem: By the last stop, I felt I had marveled at much, but understood little.

The current scene, however, provides a useful counterpoint. Brands' book is about the triumph of capitalism. But like an invading army that wins a bloody war only to discover it's now responsible for coordinating Thursday trash pickup, American capitalism has been, if not tamed, then at least forced to take some responsibility for itself. That's a story that takes place after Brands finishes, and one we often take for granted. The rich have gotten richer again, but the cruelty of the earlier age has not returned.