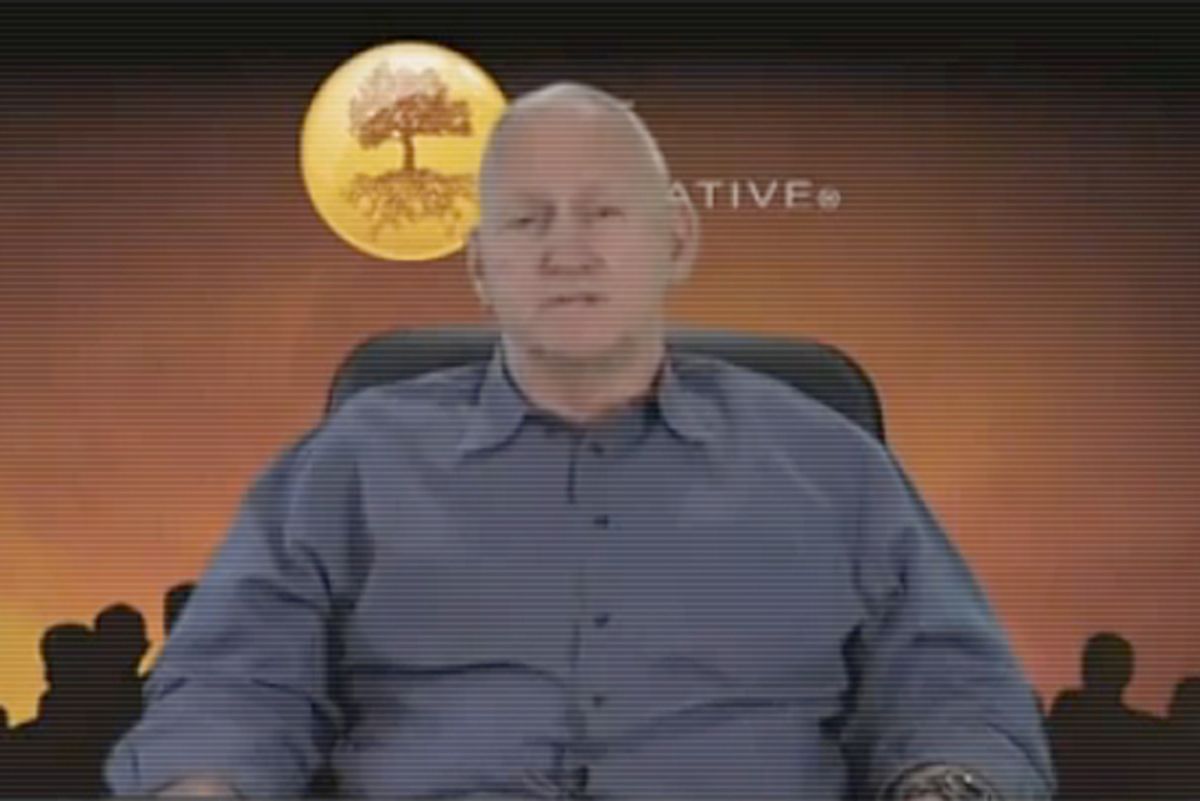 There's not much one can say about the following quote, except to point out that the guy who said it was until relatively recently the deputy undersecretary of defense for intelligence. Here's the video from former Bush official Lt. Gen. Jerry Boykin (retired), with text below (both courtesy of blogger Kyle Mantala):

I'm a Special Forces officer, I'm a Green Beret and I've studied Marxist insurgency, it was part of my training. And the things I know have been done in every Marxist insurgency are being done in America today.

The final thing has been to establish a constabulary force, a force that can control the population. You say "well, we don't have that." Well, let me remind you that prior to the election, the President stood up and said that if elected he would have a nation civilian security force that would be as large as and as well-equipped as the United States military.

There are paragraphs in the health care legislation that talk about the commissioning of officers in time of a national crisis to work directly for the President. It's laying the groundwork for a constabulary force that will control the population in America.

So to sumarize: Boykin believes Obama is launching both a Marxist insurgency and is poised to form a Brownshirt-like constabulary force. For context, this article from 2007 describes the prominent role Boykin played in making military decisions in the Bush administration's "war on terror." He famously bragged in 2002 of catching a Muslim militant in Somalia, saying, "I knew that my God was bigger than his. "