The GOP leader wants to be speaker of the House badly, and he's not going to let a little Nazism get in his way 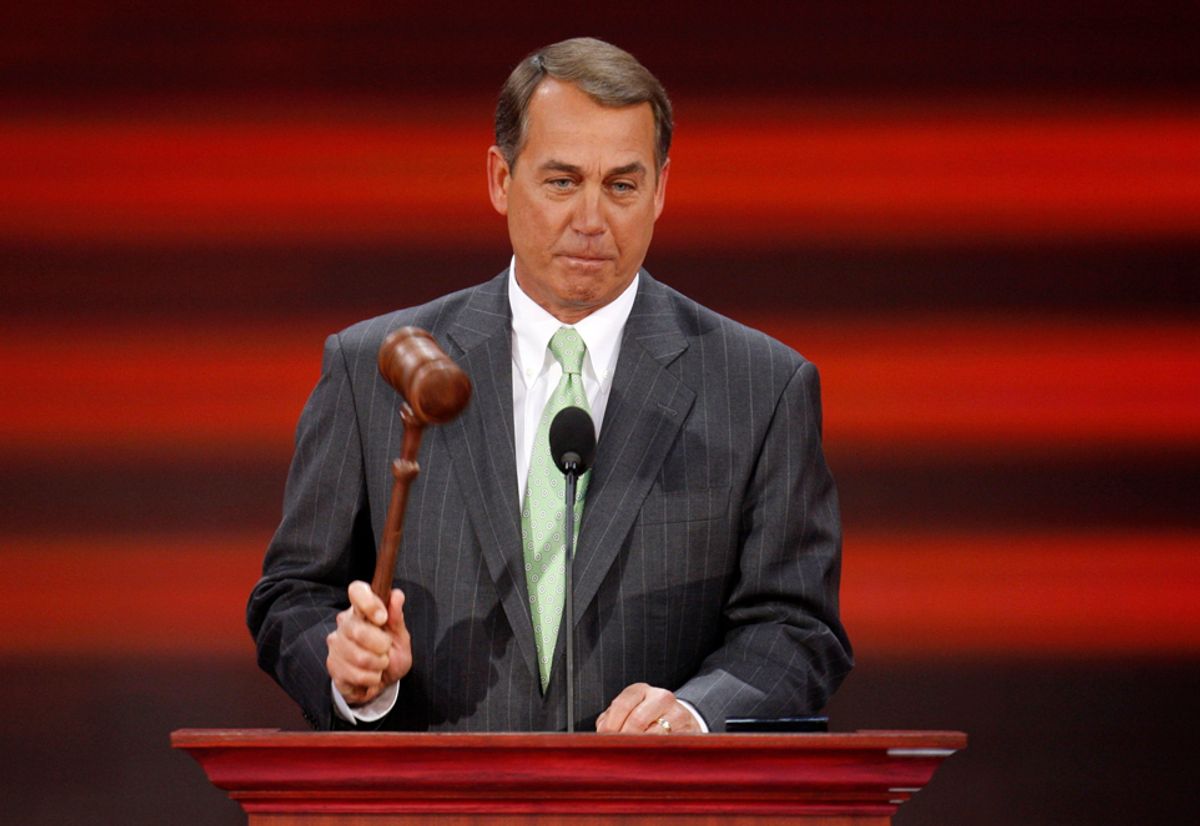 Why is anyone surprised that John Boehner decided to campaign for Ohio congressional candidate Rich Iott, one of the GOP's assortment of extremist 2010 candidates, which includes a Marine who killed two unarmed Iraqi prisoners, a guy whose security detained reporters at a public school event and one whose volunteers stomped a MoveOn volunteer?

Iott's in a category by himself, as someone who admits he's enjoyed attending Nazi history reenactments dressed up in an SS Waffen uniform. But he's not a Nazi sympathizer! "It's purely historical interest in World War II," Iott told the Atlantic's Josh Green. "I've always been fascinated by the fact that here was a relatively small country that from a strictly military point of view accomplished incredible things. I mean, they took over most of Europe and Russia, and it really took the combined effort of the free world to defeat them. From a purely historical military point of view, that's incredible."

Remember the outrage that ensued when Nation of Islam's Louis Farrakhan declared Adolf Hitler "wickedly great"? Imagine if Obama was stumping for an NOI member who'd praised Nazi Germany. You can't, right? That's where we are, folks, less than a week before this crucial and possibly crushing (for Democrats) midterm election.

Still, it makes a kind of political sense in 2010. With only a few days left, there's a real chance Republicans can take back the House. Boehner wants to be speaker, he can taste it, Marcy Kaptur's seat is a possible pickup for his party -- so he's not going to let a little Nazi reenactment stand in the way. That's John Boehner. His pal, whip Eric Cantor, who is Jewish,  had a rare outbreak of principle and denounced Iott.

I don't know why Iott's candidacy is just a footnote in 2010 politics; I guess Republicans are constantly hitting new bottom. Sure, people do all kinds of things in the name of history. They attend Renaissance Faires. They get involved with various American war battle reenactments. I know folks who play dramatic World Series matchups on PlayStation. You can reenact a lot of things. If you really wanted to commemorate underdogs defeating supposed overdogs during WWII, why not play French Resistance? What's next: Reenacting cross-burnings while denying fealty to the Ku Klux Klan, just because you like the way some scrappy Southerners defended home and hearth? Torching Catholic convents in Know-Nothing reenactments? Wait, let's not give Pam Geller any ideas about the Park51 Islamic center.

What's next? Whatever it takes for Boehner to get his majority, I think. The only thing amusing about the Tea Party's  clout within the GOP is the reckoning it will force within the party after Nov. 2. If Tea Partiers and their supporters do well, Boehner's courting of extremists may not make him speaker. Just Thursday, Michele Bachmann told The Hill she couldn't commit to voting for Boehner. "If John Boehner's the only candidate running, I'll be voting for John Boehner." But she added: "I would look at all the candidates and weigh it accordingly." It will be fun to watch Boehner reckon with Bachmann next week. And if you don't like the idea of Speaker Boehner, go out and work to elect Democrats this weekend.