Take heart, Barack: Honest Abe had a rough midterm too

The left said he was slow, hesitant and too quick to compromise. The right called him a tyrant. Sound familiar? 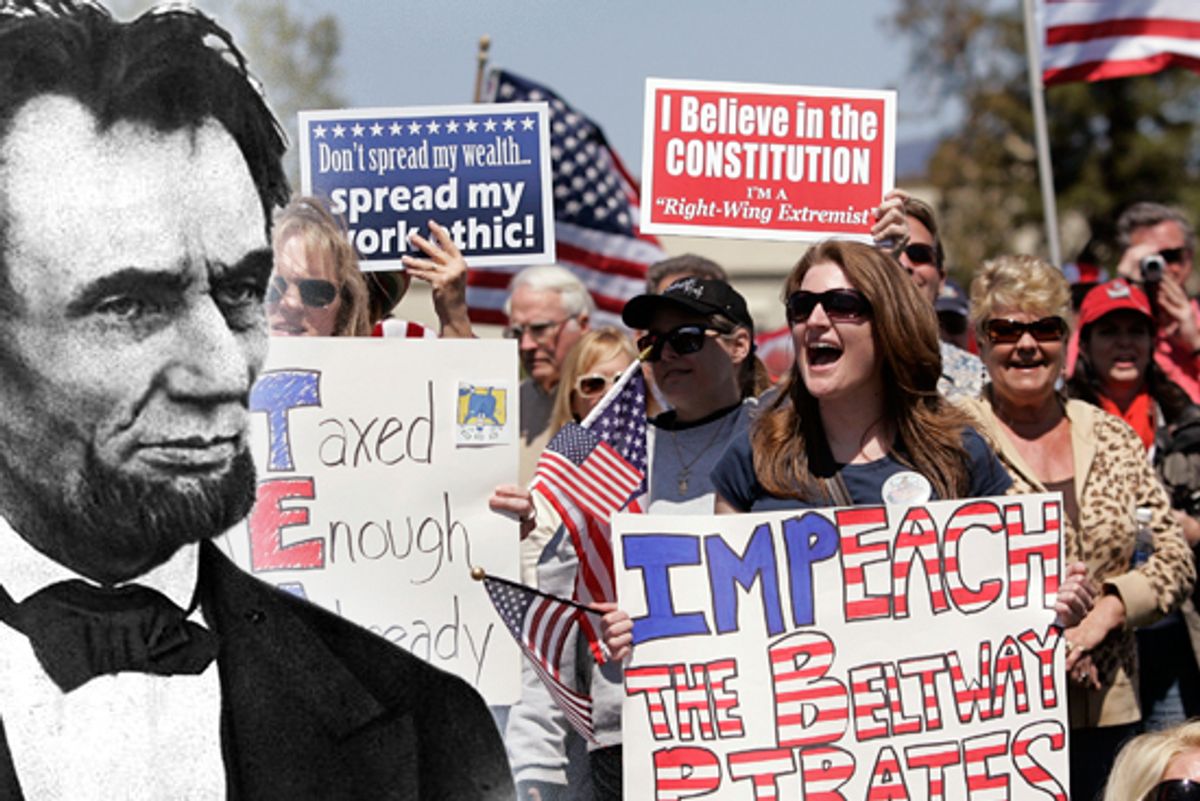 If you think President Obama has problems going into the midterm election, consider what Abraham Lincoln faced. In fall 1862, the nation was 18 months into Civil War. Eleven states had left the Union and four slave states still within -- Delaware, Maryland, Kentucky and Missouri -- continued to cause Lincoln political problems. The elections were held at different times, with voters in Pennsylvania, Ohio and Indiana going to the polls in October, and Illinois, Missouri, Massachusetts, New York and New Jersey in November.

Entering the fall, few voters were happy with Lincoln. On Sept. 22, just prior to the elections, he issued a preliminary Emancipation Proclamation that pledged to free the slaves in rebel states on Jan. 1 if they did not return to the Union by then. Two days after issuing that decree, he suspended habeas corpus, which allowed wide discretion in detaining Northerners who interfered with the prosecution of the war -- a war that had bogged down, leading to additional criticism of the administration.

Radicals denounced Lincoln as hesitant and slow, viewed the Emancipation Proclamation as weak, partial and ineffective, and demanded a more aggressive prosecution of the war. Conservatives vilified Lincoln as a tyrant, a dictator who was using the engine of government to squash the constitutional rights of citizens. And so there was good reason for the administration to be anxious going into the elections.

In addition, state legislatures in Indiana and Illinois came under Democratic control, and New York and New Jersey elected Democratic governors. Following the first wave of results in October, John G. Nicolay, Lincoln's secretary, wrote, "We are all blue here today on account of the election news."

And it could have been worse. Pennsylvania and Ohio elected their governors in odd-numbered years, and Illinois and Indiana had elected governors to four-year terms in 1860.

The results were clear, but, as is always the case, what they meant was open to interpretation. After the elections, Lincoln received a letter from David Dudley Field, a prominent New York attorney: "The people are dissatisfied. What they are dissatisfied with, is the question you & every Statesman will desire to have answered, for upon that answer depends the future."

Lincoln's opponents, as might be expected, interpreted the election as a repudiation of the administration and called on Lincoln to withdraw the Emancipation decree and restore habeas corpus; some even demanded that he start negotiations for peace.

Lincoln, however, viewed the elections differently. He understood that voters were unhappy with the war, particularly the stagnation of the Army of the Potomac, which had failed in its attempt to take Richmond, the Confederate capital. "I certainly know," he said, "that if the war fails, the administration fails, and that I will be blamed for it, whether I deserve it or not. And I ought to be blamed, if I could do better."

And so he set out to do better. The election results, rather than demoralizing him, energized him to be even more aggressive: He relieved the dilatory Gen. George McClellan of command of the Army of the Potomac; he not only sustained the preliminary Emancipation Proclamation, he added to it; he kept the suspension of habeas corpus in effect; he asserted stronger control over his Cabinet.

He also decided he would no longer try to conciliate the opposition -- those Northerners who sympathized with the Confederacy or who opposed his policies. None less than Karl Marx observed from Europe that the election "taught the President he has nothing to look for in that direction" -- of his political opponents.

Like Lincoln, Obama may come away from the inevitable defeat in the midterm elections revitalized and with new purpose. Everyone will debate what the results mean; but by his actions Obama alone will decide.

Louis P. Masur is Distinguished Professor of American Studies and History at Rutgers University. He is the author of many books, including Lincoln’s Last Speech, The Civil War: A Concise History, and Lincoln's Hundred Days: The Emancipation Proclamation and the War for the Union.