Lefties meet with president but fail to ask about his atrocious record on civil liberties. Jon Stewart no better 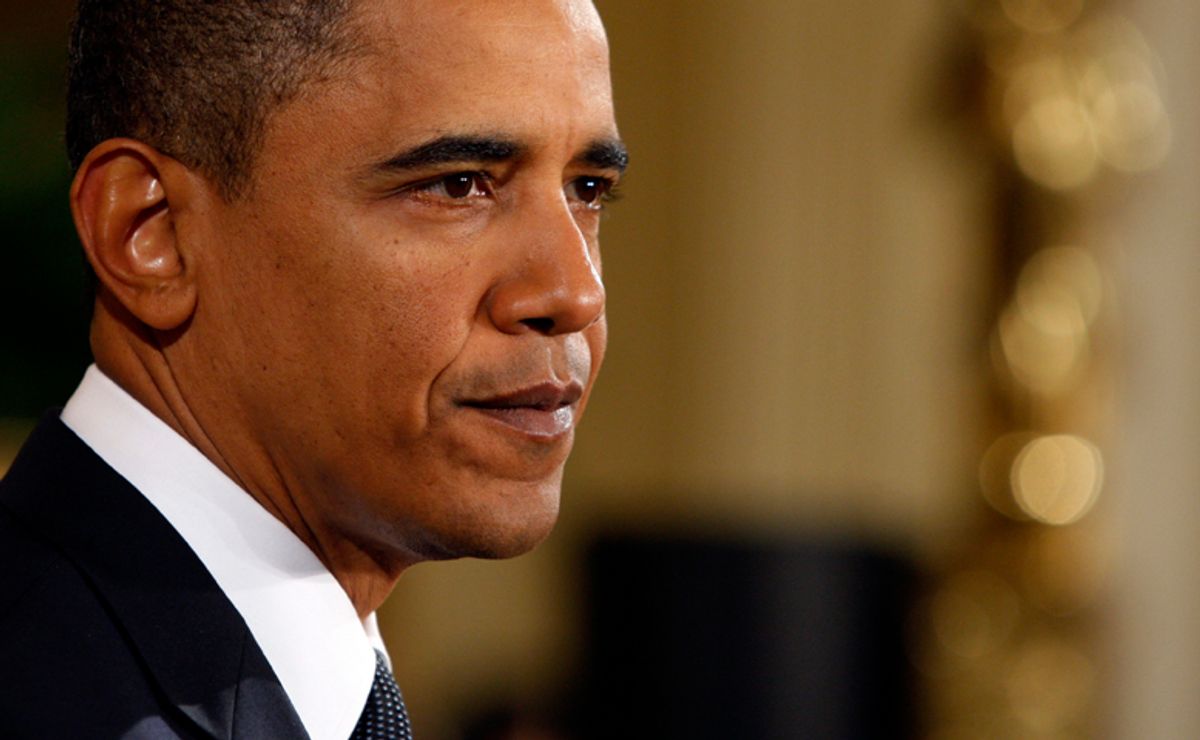 When the White House invited some progressive bloggers to interview President Obama this week, a few days before the elections, the motive was surely to toss a bone to what Howard Dean once called the "Democratic wing of the Democratic Party." I'm sure the administration is delighted with the way the event turned out, because while the bloggers pushed the president (here's a transcript) a teeny bit on a few hot-button issues, they didn't come close to confronting him on the broken promises that in the end will mean the most.

I'm talking about civil liberties, where Obama's record is as bad in most ways as his predecessor's. In case after case, as Glenn Greenwald and a few others have painstakingly documented, this administration has claimed unprecedented presidential powers, including the right to order the assassination of U.S. citizens with no due process. Meanwhile, Obama has continued and even extended the Bush-era cult of secrecy in key ways.

Only on gays in the military and same-sex marriage did the progressive bloggers push the president in this area. I'd expected more. True, the session wasn't all that long, but there's nothing more fundamental to our future than basic liberties, without which there is no republic.

I also expected more from Jon Stewart, who went AWOL on civil liberties when he interviewed Obama this week on "The Daily Show." In June, Stewart eviscerated the president's record in an eight-minute tirade. This week, nada. The fact is that Stewart was more ferocious on an ongoing basis when Bush was shredding the Constitution.

I've long since given up on congressional Democrats, whose standard spinelessness has grown even more pronounced during this administration. Remember when Patrick Leahy, the Vermont senator, made fierce pronouncements on how badly Bush was wounding our liberties? He's become Obama's puppy dog.

And the Washington press corps, so addicted to being close to power and passionate about trivialities? The question answers itself.

But if so-called progressives won't push Obama to justify his beyond-abysmal record on civil liberties, who will?