Texas flier tells black voters not to vote for Democrats 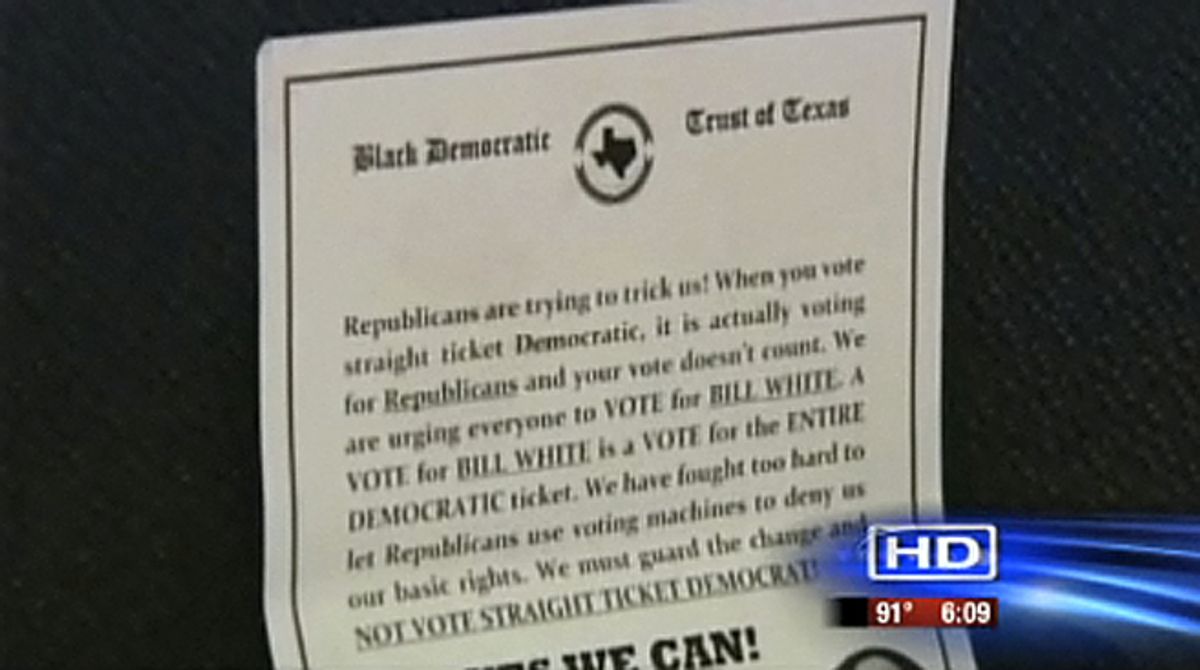 After a midterm campaign defined by hysterical claims about American Muslims and fear-mongering about the threat to national security posed by people who look Mexican, some anonymous Texas Republicans are going old-school with their latest attempt to suppress minority voter turnout. Yep, an old-fashioned "misleading flier in a black neighborhood" landed in Houston this week, just in time for early voting.

The fliers, from the fictional "Black Democratic Trust of Texas," warn would-be voters that "Republicans are trying to tick us" (fair enough) and claim that straight ticket Democratic votes are being miscounted as Republican votes. Voters are told to vote only for Democratic gubernatorial candidate Bill White.

This is just about the oldest trick in the book. (The actual oldest trick in this particular book is just denying black people their citizenship and personhood, but if you can't do that, you can just try to get them to not vote.)

It probably won't hurt turnout too much, because this is a particularly stupid example of the genre, but it's worth pointing out that it's the year 2010 and Republicans are still doing this crap.

Meanwhile, a McDonald's in Canton, Ohio, is directly instructing employees to vote for Republicans. Again, I call on the Justice Department to immediately arrest all the New Black Panthers, the scourge of polling places across the nation.