Same to the X-rated devil and raunchy witch uniforms. How about a subversively sexy Halloween get-up? 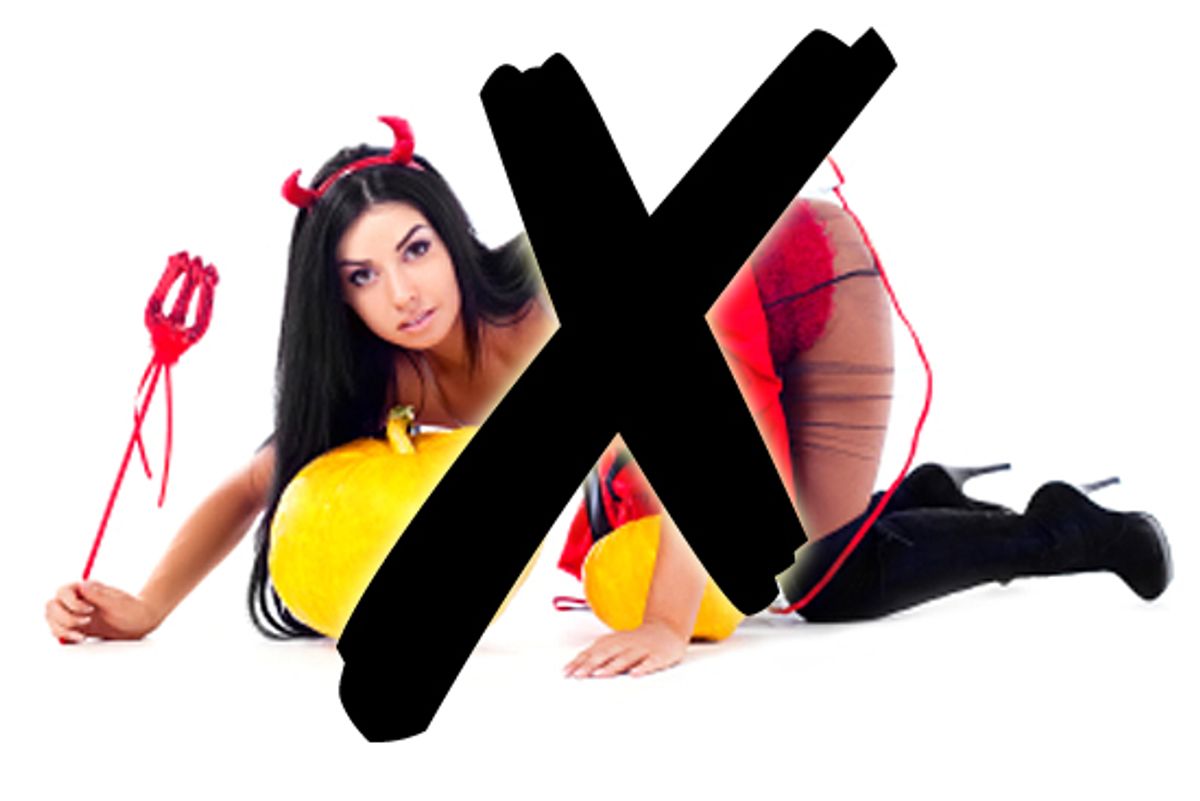 There were the usual women's history nominees: Rosie the Riveter, Frida Kahlo, Bella Abzug, Marie Curie and Amelia Earhart. All nice suggestions, but a tad too earnest. I was hoping more for smart concept costumes. One friend wrote, "Power suit + heels + briefcase ... and you're costumed as Affordable Childcare?" A guy friend brilliantly, although impractically, suggested:

How about you dress as 10,000 years of agrarian culture where the indeterminacy of paternity (as opposed to the certainty of maternity) combined with the inheritance of possessions through direct lineage has caused the continued, often draconian oppression of female sexuality? It's amazing what you can do with a bit of paper-mache --

You can check out some other suggestions under the Twitter hashtag I started: #feministhalloween. At the moment, I'm leaning toward the idea of a, shall we say, subversively "sexy" costume -- but maybe "Sexy Tampon" is taking things too far?