"Cleopatra": Sex and sovereignty in the ancient world

From a master biographer, a shrewd and worldly tribute to history's most notorious queen 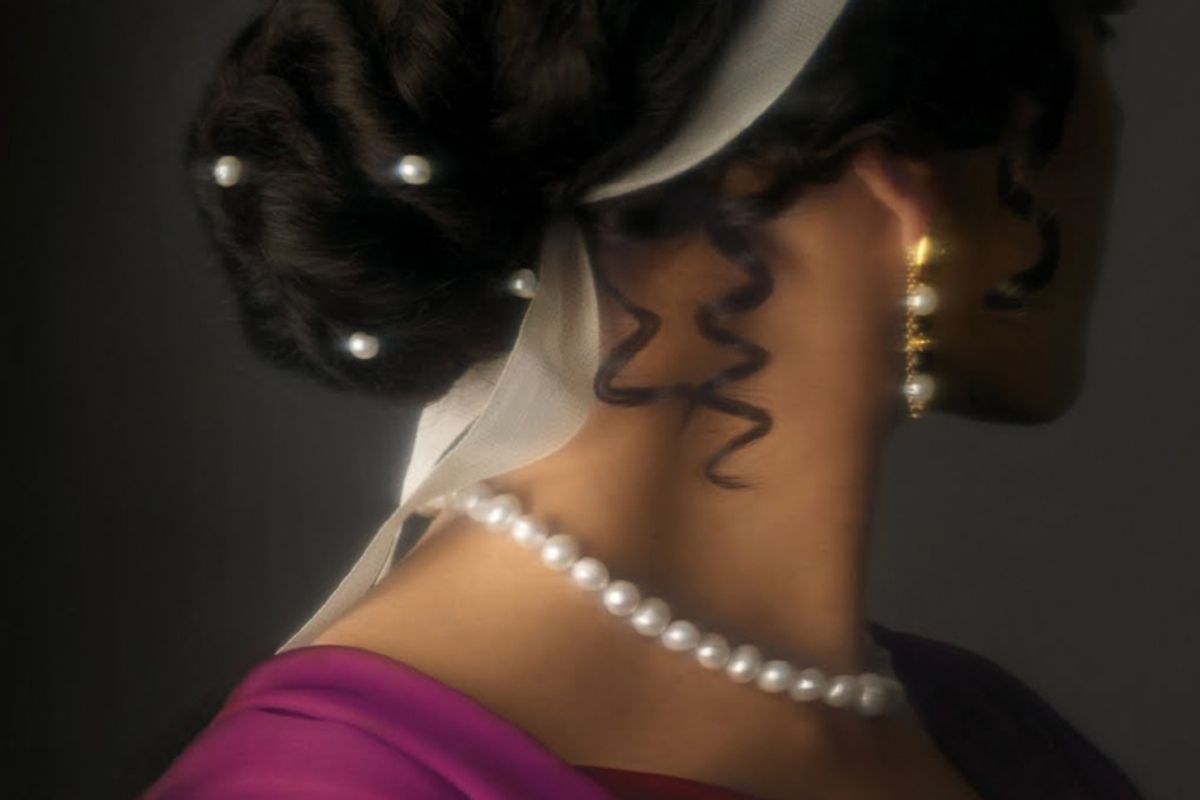 A detail from the cover of "Cleopatra"
--

In 34 BC, at the height of her power, Cleopatra VII joined her consort and ally, Mark Antony, atop a pair of golden thrones in an eye-popping, kingdom-dispensing (and ultimately ill-advised) extravaganza that would later become known as the Donations of Alexandria. The couple were, in the words of the 20th century historian Grace Harriet Macurdy, "the two most magnificent people in the world." So while it's true that the Cleopatra of history differs quite a bit from the Cleopatra of popular imagination -- as embodied by femme fatale Elizabeth Taylor in the 1963 film -- there are stubborn similarities, as well. Antony and Cleopatra, like Taylor and her adulterous consort, Richard Burton, were theatrical, scandalous and fabulous.

Stacy Schiff, in her biography of the last of the pharaohs, writes against the fabulous grain. Having won the Pulitzer Prize for "Vera," her biography of Vladimir Nabokov's elegant wife and selfless helpmeet, she has chosen a subject entirely the opposite, a bold queen who's constantly threatening to overflow the impeccable refinement of the author's prose. "Cleopatra: A Life" is a political biography, a respectable enough enterprise, but since the politics of Cleopatra's times featured more bloody double-crossings than "The Sopranos," more lurid bedroom shenanigans than "True Blood" and more shameless mudslinging than the current electoral campaigns, only ceaseless vigilance keeps Schiff from lapsing into sensationalism. (The battle may have been conclusively lost postpublication: Angelina Jolie has signed up to play the lead in the movie adaptation.)

"Cleopatra" is not for every reader -- not, say, for those who like to view its subject as Scarlett O'Hara with a crown, the ones who want to be assured that she was "a remarkably capable queen, canny and opportunistic in the extreme, a strategist of the first rank," but would rather not hear any more about that before moving on to the juicy dish. Yet turning Cleopatra's life into the first-century equivalent of a tabloid media circus is so easy -- so irresistible you might even say -- that Schiff's heroic efforts to withstand that temptation gives her book a thrumming internal tension. For the discerning history buff, here is a biography of the most notorious woman of all time that's worldly, shrewd and indefatigable in its pursuit of the truth.

With that goal, "Cleopatra" is also at war with its sources. For all her fame, Cleopatra remains something of an enigma because the surviving ancient accounts of her reign were produced by Romans and Roman sympathizers. She is the proverbial loser whose history was written by her conquerors and their sycophants, among them Plutarch, Dio Cassius, Appian and Josephus. These historians had many motivations to despise and denounce her. They needed to justify her overthrow by Octavian (later Augustus Caesar). She was the Greek monarch of an Eastern kingdom and therefore represented two older, more sophisticated cultures that Romans sought to define themselves against. Above all, she was a woman who single-handedly ruled a fading but spectacularly wealthy kingdom at a time when Roman women, as Schiff puts it, "enjoyed the same legal rights as infants and chickens."

As a result, when it comes to the motivations of the major players, Schiff takes all early historical narratives with a mountain of salt. Where they describe Antony and Julius Caesar (Cleopatra's first Roman conquest) as utterly besotted by the queen or even enslaved by magical spells, Schiff cross-examines the evidence, making a level-headed cost-benefit analysis of everyone's actions. Much of the favor Cleopatra enjoyed with Caesar or Antony served the mercenary cause of the Roman bestowing it on her. Rome may have dominated the ancient world militarily, but the Egyptian queen remains to this day the 22nd richest person who ever lived, and both generals needed her money. That these two supremely egomaniacal men did occasionally go against their own interests on her behalf, or to be at her side, is the most reliable testimony to her charm (rather than her physical beauty, which was said to be unexceptional -- she fascinated rather than stunned).

For this reason "Cleopatra" becomes in large part an assemblage of reflections. About her, we have mostly giddy slanders and fantasies; she's like a figure out of myth or legend. When it comes to the characters of her Roman friends and enemies, we have much more reliable contemporary accounts, from people who walked down the same streets and faithfully chronicled all the gossip. We know that Caesar fretted about his receding hairline, Antony was generous but drank too much, and conniving Octavian made a point of seducing his advisors' wives. These men emerge as fully fleshed human beings, and so (as must have been maddening for a biographer as meticulous as Schiff) sometimes the truest picture of Cleopatra that we can hope for must be constructed from their responses to her.

In some respects, the best parts of the book are Schiff's tart assessments of Roman hypocrisy and self-delusion in the face of a woman who defied their own biases and laid bare their inconsistencies. They were shocked -- shocked! -- when Antony adopted some of the trappings of monarchy during the Donations, because "the accessories of kingship unnerved the Romans even more than did autocracy itself, which they had tolerated in a more subtle version for at least a decade." You can almost hear her sigh over her source texts when she writes "It is notable that when she is not condemned for being too bold and masculine, Cleopatra is taken to task for being unduly frail and feminine."

The judicious overall tone of "Cleopatra" means that when the time comes for Schiff to pull out all the stops -- and when considering a genius of political theater like Cleopatra, there are several such opportunities -- the impact is all the greater. Here's how she describes the queen's celebrated arrival at Tarsus, where she first dazzled Antony: "In the annals of indelible entrances -- the wooden horse into Troy; Christ into Jerusalem; Benjamin Franklin into Philadelphia; Henry IV, Charles Lindbergh, Charles de Gaulle, into Paris; Howard Carter into King Tut's tomb; the Beatles onto Ed Sullivan's stage -- Cleopatra's alone lifts off the page in iridescent color, amid inexhaustible expensive clouds of incense, a sensational, simultaneous assault on every sense ... Often with Cleopatra there is but a slim convergence between the life and the legend. Tarsus is one of the rare points where the two fully overlap."

The panache of that list, its mixture of the sacred and the profane combined with Schiff's acknowledgment of the daring and steely calculation behind it all, is something the executrix and centerpiece of the Tarsus pageant would no doubt have appreciated. There are countless books about Cleopatra, but this one, I suspect, would have been one of her favorites.