Bill Maher to Muslims: Go away 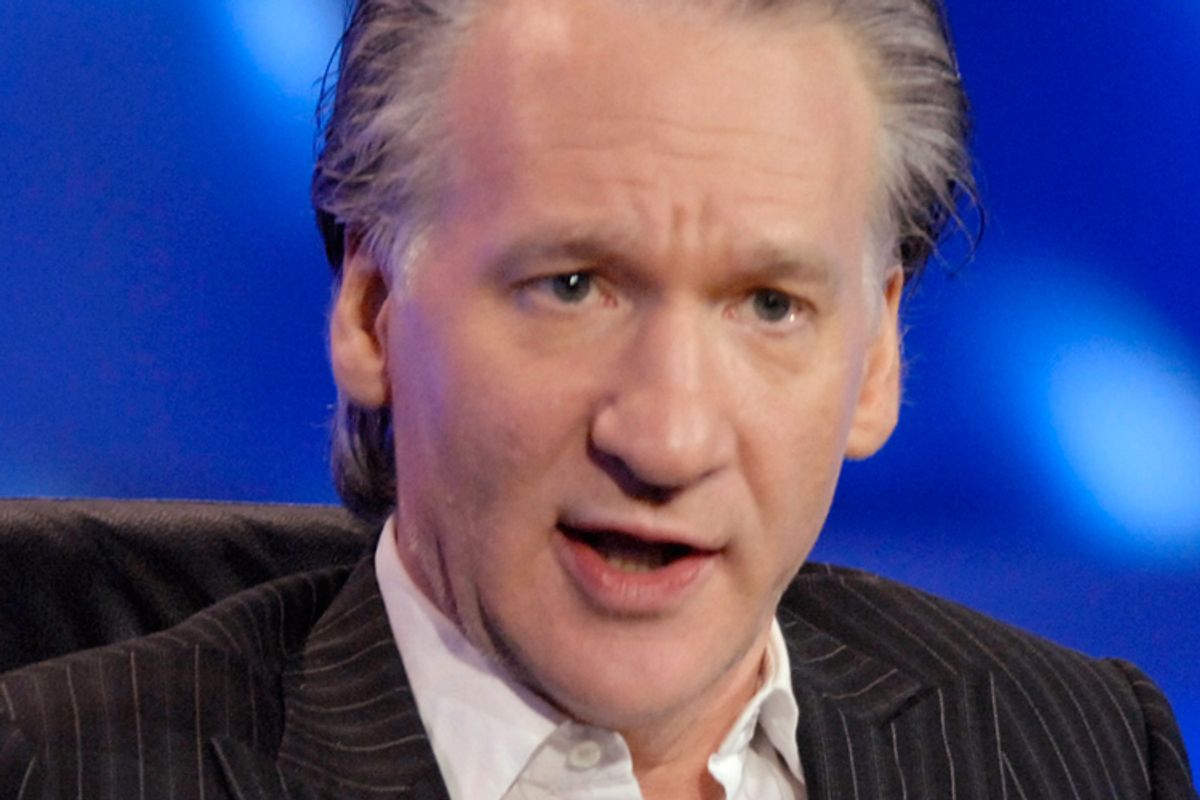 HBO's Bill Maher had a message for Muslims on his show Friday night: Get out of "the Western world."

Maher noted the news that Mohammed (when its various spellings are combined) is the year's most popular baby name in the United Kingdom. He said:

Am I a racist to feel alarmed by that? Because I am. And it’s not because of the race, it’s because of the religion. I don’t have to apologize, do I, for not wanting the Western world to be taken over by Islam in 300 years? ... I should be alarmed, and I don't apologize for it.

One guest, MSNBC host Lawrence O'Donnell, responded that Maher's statement was "worse" than Juan Williams' admission of his fears of people wearing Muslim clothes on airplanes. And the writer Reihan Salam responded:

As a Reihan Salam, I'm pretty comfortable with Mohammeds. I have some uncles named Mohammed and I think that they're pretty decent guys.

None of this is particularly surprising coming from Maher, who, while he likes to present himself as an equal opportunity religion-basher (see his movie "Religulous"), has long singled out Muslims (and, for that matter, Arabs).

If Maher looked at the full list of popular baby boy names in Britain for 2009, he'd find an overwhelmingly Judeo-Christian group:  Joshua, straight from the Hebrew Bible, is the 5th most popular. No. 6 is Thomas, after the apostle. The most popular after Mohammed is Jack, from John -- again, one of the apostles. No. 9 is James, from Jacob. No. 10 is Daniel.

(For the record, Muslims currently make up just 4.6 percent of the population of the U.K.)