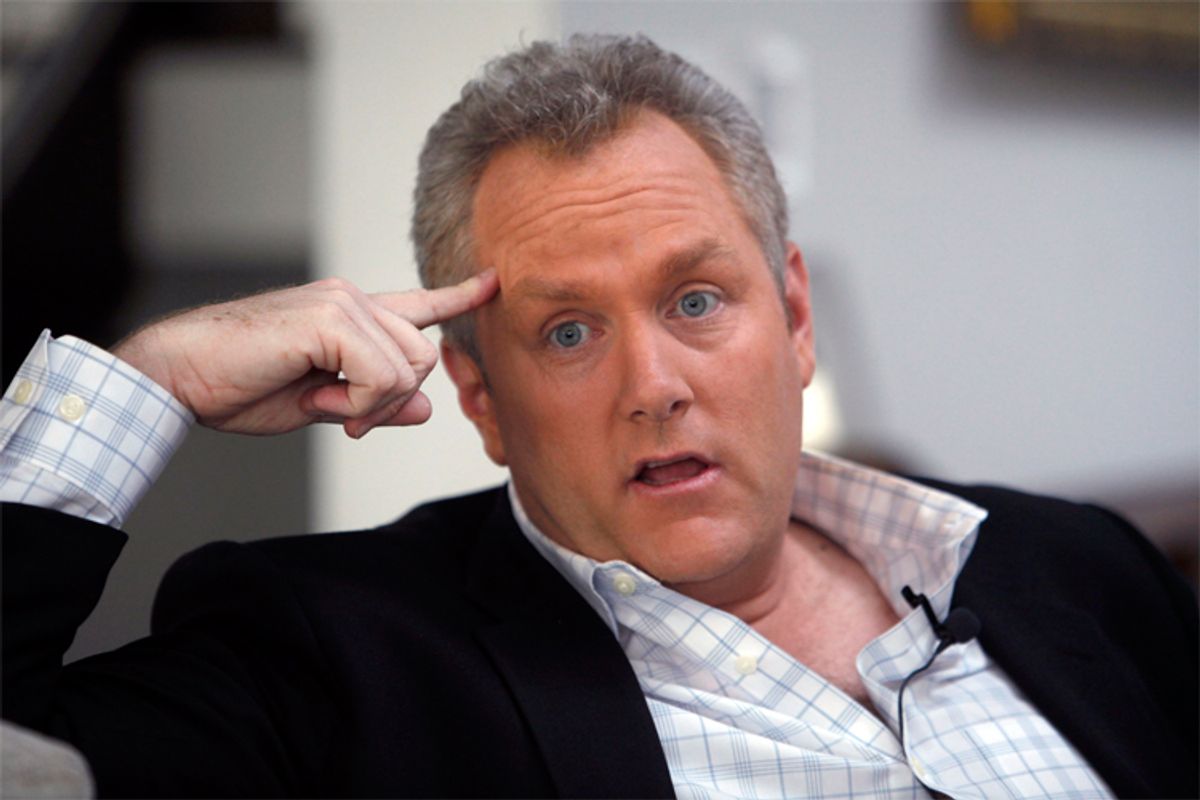 So! Important object lesson for ABC News, here. If you treat professional propagandist and performance artist Andrew Breitbart as a "legitimate" political commentator, you're inviting embarrassment and rewarding behavior that will only serve to discredit you in the eyes of the only people who still actually trust the mainstream media.

ABC asked the editor in chief of Breitbart's "Big Journalism" -- an outfit dedicated to destroying the mainstream press by any means necessary -- to participate in election night analysis. Then Breitbart said he, too, would be participating in on-air analysis, from Arizona. Then people began pointing out that Breitbart's websites constantly, shamelessly lie, about everything, and it was really not that long ago that he publicized a misleadingly edited video of an honorable woman named Shirley Sherrod in an attempt to smear her as an anti-white racist.

ABC said that Breitbart will only participate in an online "town hall," and not be on TV, and so of course Breitbart immediately began screeching about how George Soros and Media Matters control ABC, and also he reprinted some e-mails from an ABC producer that he said proved that ABC promised that he'd be on TV.

Now ABC says Breitbart is lying about what it told him, and Breitbart is most likely in a dark room somewhere still bellowing about George Soros, and also this weekend Breitbart hyped another blatantly, purposefully false story.

The problem with Breitbart isn't that he's conservative, or even that he's a huge jerk, it's that he lies. He lies, on purpose, in order to advance his political agenda. Obviously becoming famous and rich by lying all the time is his right, and God Bless America, but it does not make sense for a news organization to decide that it should invite someone to lie to their viewers. That seems kind of disrespectful to your audience!

Memo to "objective" non-Fox News professionals: Breitbart's followers will never like you. Never! They will always hate you and consider you biased no matter how many conservatives you grovel to. All you're doing is rewarding horrible behavior.

So will Andrew Breitbart actually be on ABC tomorrow? I have no idea. If he shows up, he'll be there for the dumb Facebook town hall thing -- but I'm guessing we won't see too much of him on-air.