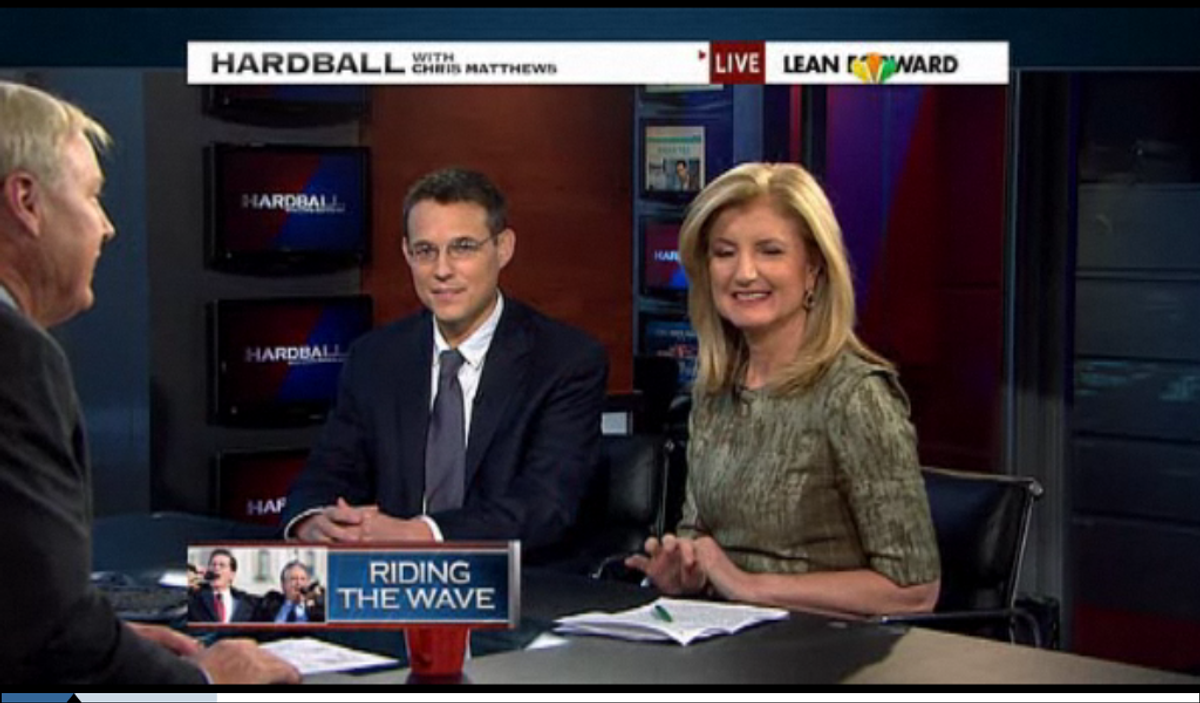 Salon's Steve Kornacki joined Chris Matthews and Arianna Huffington on "Hardball" on Sunday for a discussion of Jon Stewart's Rally to Restore Sanity and/or Fear. When the subject turned to Stewart's closing soliloquy -- in which he lashed out at 24-hour cable news and said that "its existence makes solving (our problems) that much harder" -- the conversation turned more pointed.

Huffington, whose site paid for hundreds of buses to transport rally-goers from New York to Washington, echoed Stewart's call and argued that the media should "take the magnifying glass and put it on all the things that are working in this country." To which Matthews replied, "Oh, is that what you do at Huffington Post every day -- run stories on how there were no accidents on the highway last night, how everybody had a good night's sleep?" You can watch the full segment below (Steve even managed to get a few words in, too!):