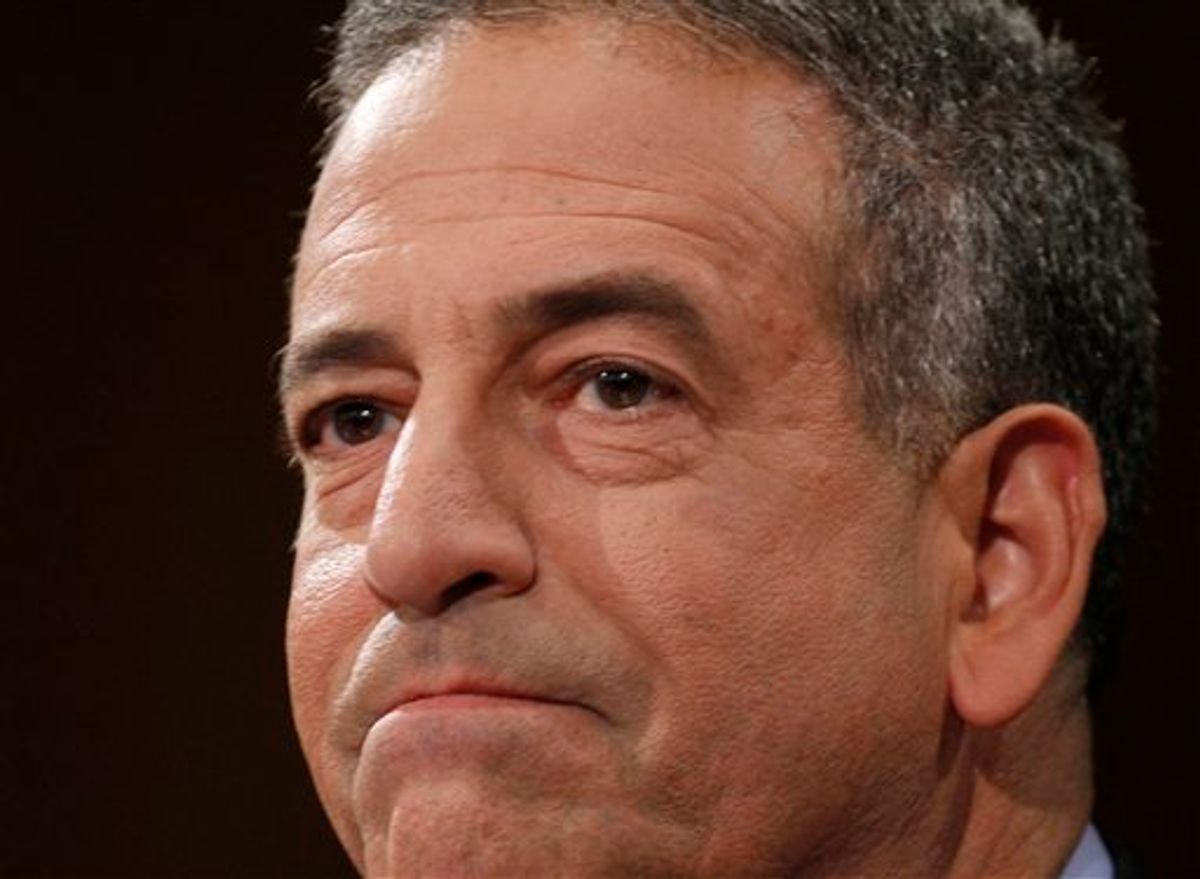 Two misconceptions probably explain why so many observers are surprised that Russ Feingold has fallen nearly 10 points behind Republican Ron Johnson in his bid for a fourth term in the U.S. Senate. The first is that Wisconsin is an unflinching progressive bastion; the other is that Feingold has been an unusually popular politician in his home state. It's understandable how both of these views took hold.

Take Wisconsin's ideological reputation. The Badger State is home to Madison, the Upper Midwest's answer to Berkeley and Cambridge, and it's produced several progressive icons, like "Fighting Bob" La Folette, who won nearly 20 percent of the popular vote on the Progressive ticket in the 1924 presidential election, and Gaylord Nelson, the father of Earth Day. Plus, it was one of the very few states to side with Michael Dukakis in the 1988 presidential race, when the Duke was swamped in a 40-state landslide -- and one of only five to vote Democratic in each of the last six White House campaigns. Viewed against this backdrop, it's inconceivable that Wisconsin would turn its back on Feingold.

But the reality of Wisconsin's politics is more complicated. Outside of Madison, the state is also home to plenty of conservative areas -- and to working- and middle-class swing voters who are willing to vote for Republicans under certain conditions. These are the voters who threw out Nelson and replaced him with Bob Kasten in 1980 -- and who reelected Kasten in 1986 -- and who elected Tommy Thompson to the governorship four times between 1986 and 1998. And while it's true that Wisconsin sided with Dukakis 22 years ago, that result is best understood as a function of a depressed Upper Midwest economy that also delivered Minnesota and Iowa to the Massachusetts governor. It's also easy to forget that George W. Bush came within about 5,000 votes of carrying the state in 2000, and about 10,000 in 2004.

In other words, Wisconsin is really a swing state that happens to have elected several liberal iconoclasts to office in its history -- Feingold among them. In this sense, Feingold's real problem is that he's running for reelection in a horrible climate for Democrats, one in which all of the necessary conditions are in place for swing voters to side with the GOP. Had this race been taking place in 2008, when the environment was skewed in the Democrats' favor (and when Barack Obama carried the state by 14 points), the Feingold-Johnson race would be a snore, with Feingold coasting to reelection. But in the climate of 2010, there really isn't much that Feingold can do to overcome the burden of his party label.

Which brings us to the other misconception about this race: that Feingold, with his populism and numerous high-profile principled stands over the years, has created an unusually durable and popular brand with Wisconsin voters; that even voters who don't agree with him ideologically have come to appreciate and value his willingness to speak his mind and vote his conscience. Some of this is related to the misconception that Wisconsin is an unusually liberal state, but it also ignores Feingold's electoral history: In three victorious statewide campaigns, he's never won with more than 55 percent of the vote. In fact, as I've written before, he probably should have lost after one term, when he stood for reelection in 1998. Had that been a more normal midterm (i.e., one in which the GOP Congress' drive to impeach Bill Clinton seemed to cause a backlash that resulted in Democrats' gaining seats -- the first time that a president's party had done so in his sixth year since James Monroe was in the White House), Feingold probably would have been edged out by Mark Neumann, the GOP congressman who led him in polls late into the race.

Feingold, in other words, has been a more polarizing politician than many realize -- and in a state that is less liberal than many assume. The climates of the 1992, 1998 and 2004 elections helped him win (or simply weren't bad enough to prevent him from winning), but 2010 is a totally different animal. It's really no wonder that he's fallen far behind -- and if he somehow survives on Tuesday, it will be one of the biggest surprises of the season.