No sweep for GOP: Senate slips out of reach 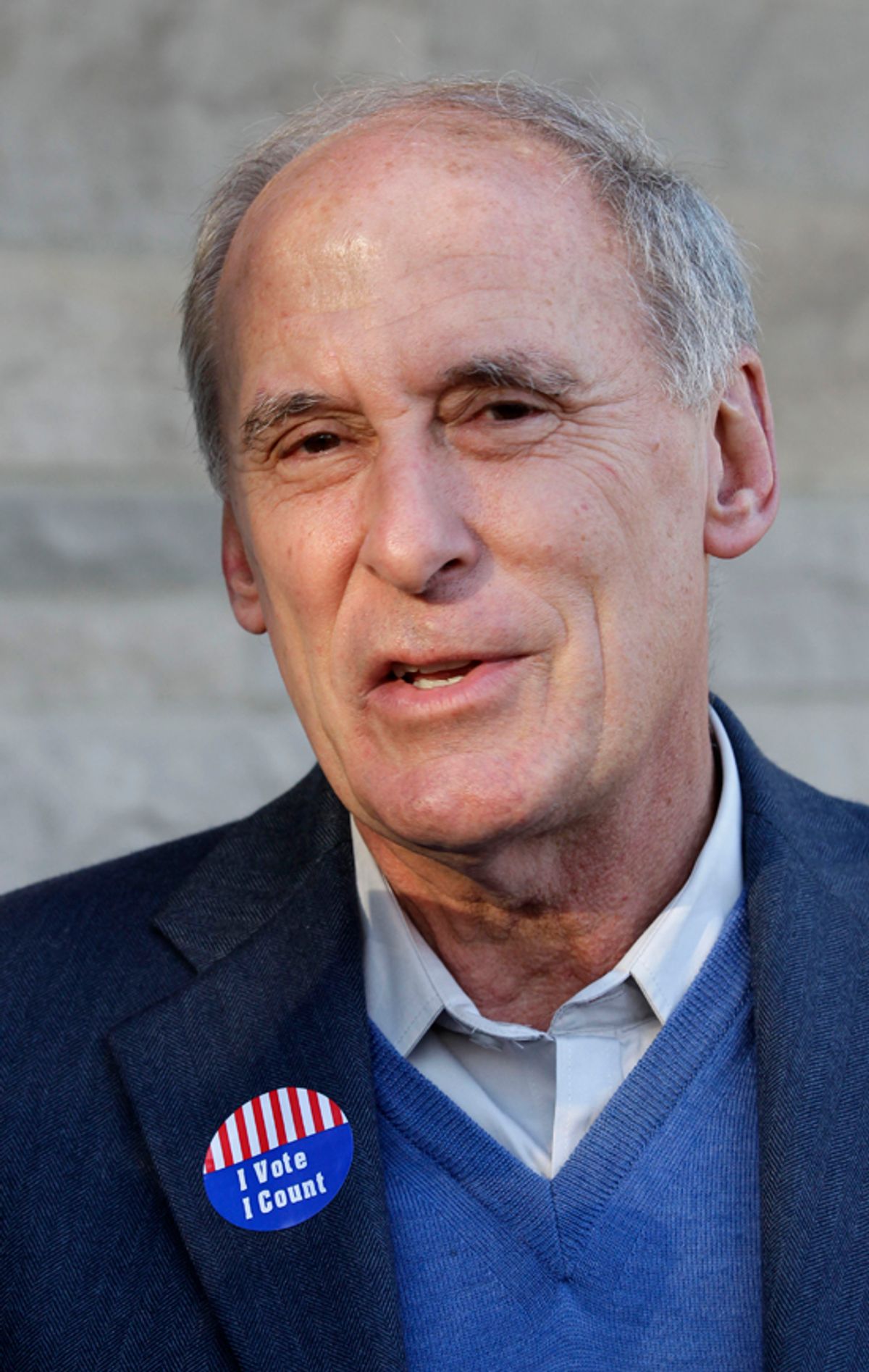 Republicans scored significant gains on Tuesday night, but their dreams of a Capitol Sweep have been dashed with the news that Barbara Boxer has held on to her California seat.

With Boxer's win over Republican Carly Fiorina, the best the GOP can now post is an eight-seat gain, which would leave them two short of the ten they need for an outright majority. Moreover, returns from Nevada -- where nearly 60 percent of the vote has now been tabulated -- suggest that Harry Reid, who trailed Sharron Angle down the stretch, may well survive. And in Colorado, appointed Democratic incumbent Michael Bennet continues to enjoy a slight lead over Republican Ken Buck, while Democratic incumbent Patty Murray has a narrow edge with more than half of the vote reported in Washington. Without Colorado, Nevada, or Washington the GOP's gains will be limited to six seats, which would leave them with 53 seats.

For now, the GOP  has claimed Democratic-held seats in North Dakota, Kentucky and Arkansas  -- races that were essentially ceded to the GOP long ago -- and in Wisconsin, where Russ Feingold's three-term run in the Senate has come to an end (not unexpectedly). The party is also set to grab seats in Pennsylvania, where Pat Toomey overtook Democratic Rep. Joe Sestak late in the vote-counting, and Illinois, where Rep. Mark Kirk has pulled ahead of Democrat Alexi Giannoulias.

But they started the night on the wrong foot, missing what was once a golden opportunity in West Virginia, which was called for Democrat Joe  Manchin. If Democrats are able to limit their losses to six or seven seats, it will represrnt a decent showing, given the expectations heading in to tonight and the carnage we're seeing on the House side.

Manchin's win, which was announced shortly after 9pm EST, immediately put the GOP's takeover hopes on life support. His win was impressive when you consider how hostile his state is to President Obama, who was unpopular in the Mountaineer State long before he took office. In the 2008 Democratic primaries, Obama was crushed by Hillary Clinton by more than 40 points, even though he had essentially wrapped up the nomination by that point. He also lost decisively in the fall. Add in the gruesome economy, and Obama was enough of a drag that Manchin actually fell behind his GOP opponent, John Raese, in several polls. In the end, though, Manchin's popularity as governor as Raese's profound baggage -- he had previously run and lost three statewide campaigns and was hurt by revelations that his wife is registered to vote at their Florida address -- saved the day for Democrats.

Democrats have also received good news from Connecticut, where Richard Blumenthal has been declared the winner over Linda McMahon, the self-funding wrestling executive. McMahon had drawn nearly even with Blumenthal at the end of September, but he had restored a double-digit lead in more recent polls. Recall that a year ago at this time, Connecticut was seen as a probably lost seat for the Democrats, with the embattled Chris Dodd planning to run for reelection. But Dodd's January exit allowed Blumenthal, well-regarded by most voters from his 20-year run as attorney general, to step in.

Republican John Boozman's triumph in Arkansas was a foregone conclusion all year, with Blanche Lincoln never coming close in polls. It's worth remembering that Lincoln, a two-term incumbent, beat back a primary challenge from Bill Halter, who ran to her left, back in May. Given the national climate, it's unlikely that Halter would have fared any better tonight, but as we noted, it was clear that Lincoln would lose the general election. At the very least, nominating Halter wouldn't have hurt Democrats.

The GOP's other pick-up so far is in Indiana, where Dan Coats has beaten Rep. Brad Ellsworth. Coats, who held the seat from 1989 to 1999 (when he stepped aside rather than run against Evan Bayh), led the open seat contest wire to wire -- hardly a shock given Indiana's Republican bent and the brutal political climate for Democrats. His win is significant, though, since it gives the GOP a pickup, with Coats now set to replace the departing Bayh. Republicans need a total of 10 pickups to win a Senate majority -- but they could potentially secure a majority with fewer pickups, if they could convince Joe Lieberman or Ben Nelson (or both) to switch parties after the election.

The GOP has also held on to a seat in Kentucky, where Democrat Jack Conway was always something of a long shot to knock off Rand Paul in Kentucky. That the race was on anyone's radar this fall was a testament to Paul's own liabilities as a candidate. When Conway's "Aqua Buddha" Hail Mary failed to budge voters in the race's final 10 days, it became clear that Paul would prevail by a comfortable margin.