Week 2: Sunil reveals the roots of his anger and Frances become deflated as she realizes Paul sees through her 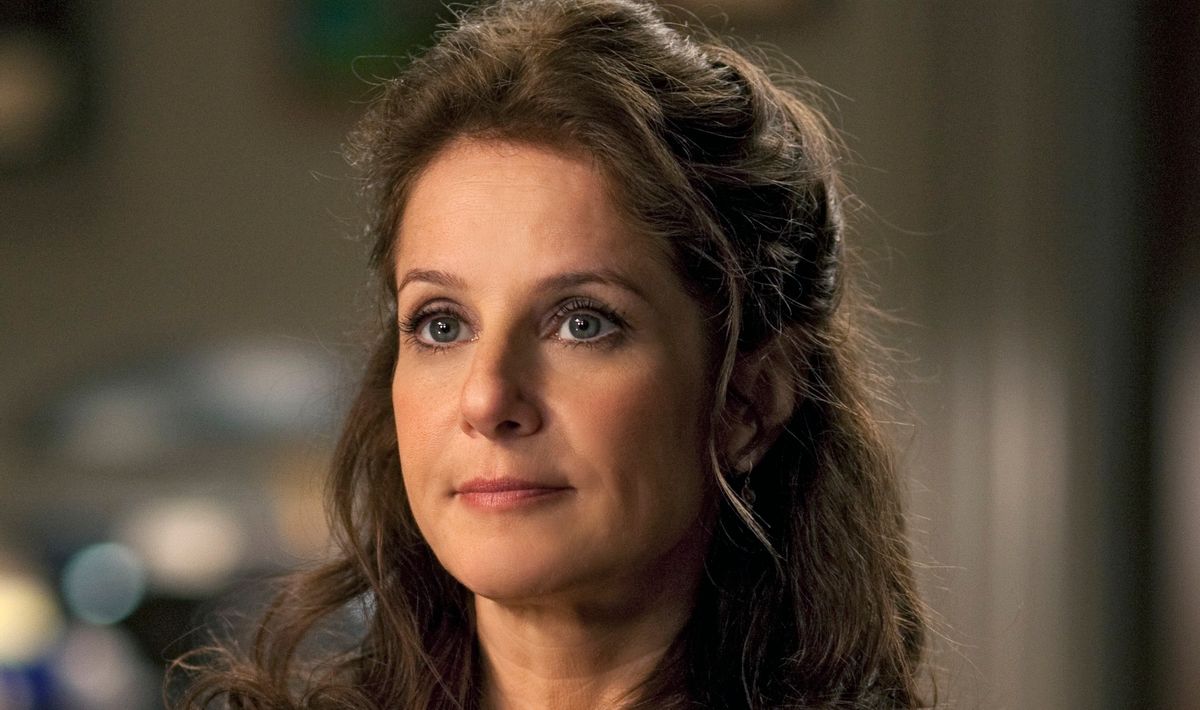 One of the major challenges of dramatizing therapy is that people typically start it with a dull, rigid little story they've been telling themselves for years (my mother was an over-controlling hag, my father was perfect, except for his alcoholism, etc). As a result the average patient, at least for the first month or so, tends to sound like a bad actor and/or writer in the story of his life.

The first two seasons of "In Treatment" dealt with this challenge by avoiding it. Some patients (Laura and Mia) were already well into therapy and so are more easily able to tap into honest emotions. Some were brought in by a highly dramatic crisis that overshadowed the personal narrative reeking of denial. (Alex bombed a kindergarten of Iraqi children; April has just discovered she has cancer; Amy wants to abort the child she and Jake have worked so hard to conceive; and Walter’s company has killed children with tainted formula.) The rest of Paul's patients have been children (Sophie and Oliver) who haven't really lived long enough to get their speeches down pat.

However, "In Treatment" season three not only opens with two patients who are just beginning therapy, it ramps up the difficulty level by starting each week with Sunil, a character who comes from one of the most repressed, socially circumscribed cultures in human history, Bengali Brahmins. Sunil's life has been scripted for him since he was born. Marry the woman your parents choose for you, provide the best education you can afford for your children, pick good husbands and wives for them, enjoy your grandchildren, and then start dying, hopefully before your wife, so that you don't have to bury her in the same shade of red she wore to her wedding.

As we learn this week, Sunil's life has been an utter failure, according to that script. Just as he and his wife, Kamala, were supposed to begin enjoying the rewards of duty, Arun became engaged to Julia, a self-absorbed, culturally insensitive American, who on their first meeting made Kamala "so angry she could not speak for more than one hour." Imagine how little talking Kamala did after her only child moved to New York and had grandchildren that she would rarely see. No surprise she died early. Having spent everything he made on Arun's American education and Kamala’s medical bills, Sunil is now forced to live on the charity of Julia, the woman who has essentially ruined his life.

Obviously he's angry, but the simple admission of that anger is one that Paul has to extract from him like a dentist.

Sunil arrives at Paul's office wiping off Mountain Dew, pitched on him by a gang of teenagers in the subway. Sunil describes the incident with barely a hint of the rage this would provoke in normal people. This, right after he's taken his first shower in weeks. It's like life is telling him to just curl up and die. If it weren't for the musicality of Irrfan Khan’s accent, almost everything coming out of his mouth would be a flatline.

Consider this snippet of Paul and Sunil's conversation, discussing an awkward encounter between Sunil and Julia after Sunil finally took that all important shower.

Paul has more luck when he simply sits silently. With nothing to give a passive response to, Sunil fills the vacuum with the closest he comes to a rant, talking about how his son is not the master of his house, evident by the way he makes cappuccino for Julia in the morning and runs her bath for her in the evening.

This conversation would be unbearably dull if it weren't for Khan's phenomenal acting. His oceanic eyes hold the promise of about a million tightly guarded subplots behind the official story of his life. How Paul is going to dig any of them out in seven weeks is the hovering mystery. On the plus side, Sunil doesn't have much to live for, which also means he has less to protect.

Around minute eighteen of "Frances Week 2," Debra Winger finally furrows her chronically static brow and I start to realize that she's probably doing a much better acting job than I've been giving her credit for. This is a very difficult role because Frances has obviously been repeating the same irritating line for the last four decades. "You must think I'm awful." She's about two steps away from one of those pathetic divas played on "Saturday Night Live" by Kristen Wiig. Paul is not holding his brow steady and is uncharacteristically open with his irritation.

It takes me a while to understand why Paul is so testy with Frances. At first I think it has something to do with what he may have discovered at the neurologist's office. Maybe he doesn't have the emotional energy right now to put up with Frances' annoyingly transparent tactics, her painfully obvious flirtations and self-justifications. But it also has something to do with the knowledge he keeps from her until the end of the session. He knows she lied to him about getting permission from her dying sister, Patricia, to see him.

Paul has dealt with this professionally, not revealing to Patricia that her sister has come to see him, assuring himself that Patricia is seeing another therapist, and insisting that Frances tell her before they can continue. The question is why Paul doesn't take this opportunity to immediately dump Frances. Maybe he's hoping that now, forced to be open with Patricia about this betrayal, she'll just run away from therapy and emotional truth like she always has.

Or maybe he sees something of himself in her. There are a number of striking parallels between Paul and Frances, especially if it turns out that Paul's Parkinson's tremors are psychosomatic. They've both abandoned dying parents. They both divorced around the same time (which I suspect Frances knows, since she is clearly entering therapy with the fantasy that Paul will become captive to the wonderfully expressive lower half of her face). And, perhaps, they are both struggling with weird symptoms that won't go away until they more honestly face their respective pasts.

The mirror starts to crack towards the end of the episode, as Frances becomes increasingly deflated by the revelation that Paul sees right through her. There's a moment where it looks like Paul will abandon her. She holds out her hand, demanding Paul pull her up from the couch. He could leave her there, forcing her to realize that the mutual attraction she has invented between them is mostly illusory. But he can't. This is what Paul does, and what he's been doing since he was a teenager taking care of his bi-polar mother. As Frances puts it crassly, but with uncharacteristic insight, he gets all of the crazy with none of the sex.

Fortunately, emotionally repressed story time is now officially over. Tonight we get back into full throttle psychodrama with boy interrupted, Jesse, who according the preview threatens to throw Max's bronzed baby shoes across the room. (If Paul doesn't want patients to ask him questions about his life, why is his office so cluttered with personal mementos?) And later Adele cuts through Paul's crap in the sunny Spartan office she uses to maintain her mystery.