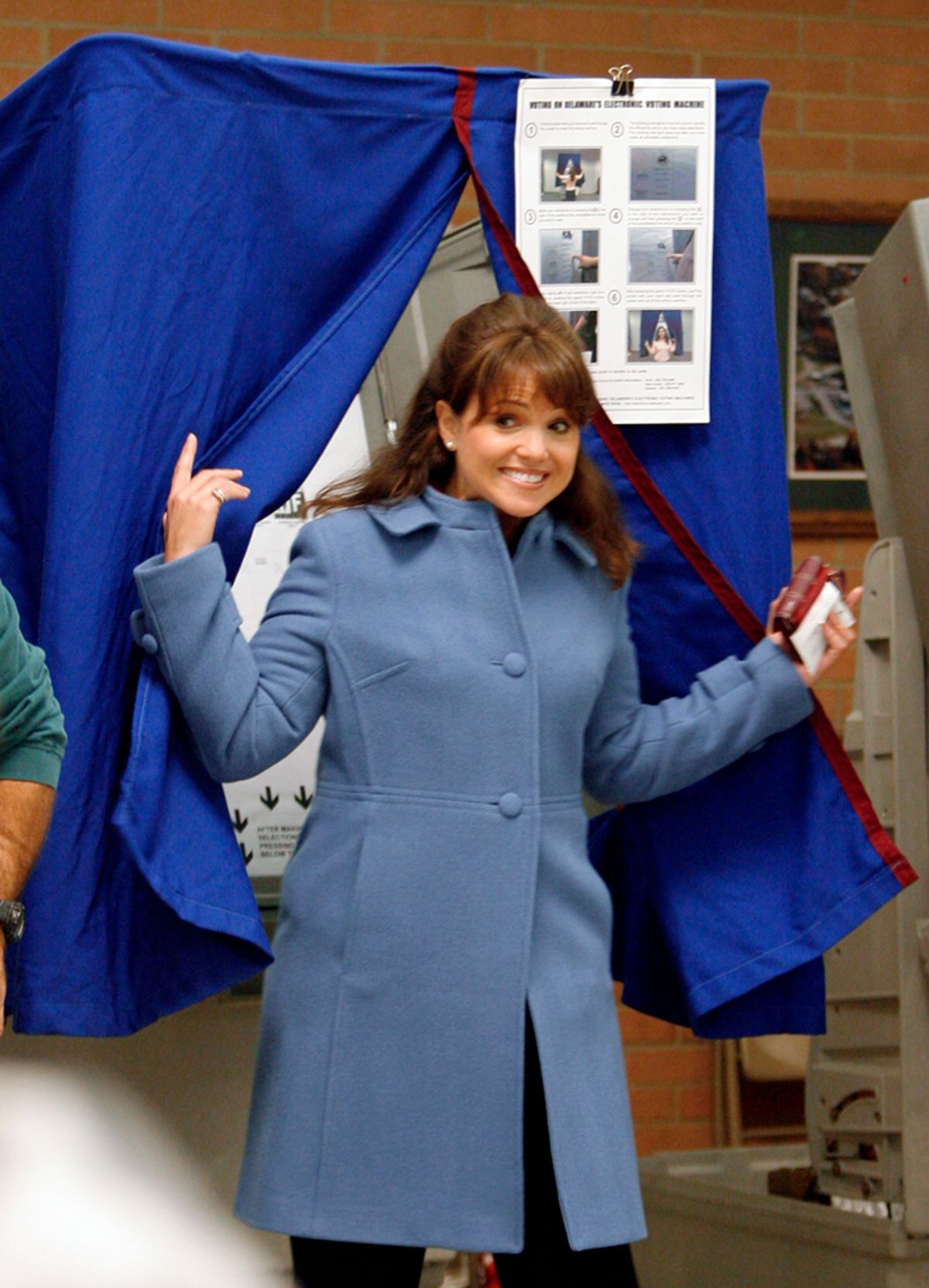 I know Christine O'Donnell is a clown -- and, furthermore, I know that reporters and liberal bloggers fixate on her because it's easier to laugh at this clown than to worry about the clowns who will actually win today -- but I was sort of surprised to see this:

GOP Senate candidates have largely focused on domestic matters during their campaigns, and only Delaware GOP candidate Christine O'Donnell, who is not expected to win, has expressed a desire to join [the Senate Foreign Relations Committee].

The Foreign Relations committee is not as much fun as Appropriations, Finance or Armed Services -- because no lobbyist wants to deliver giant comedy sacks of money to a member of the stupid Foreign Relations committee -- so, should the GOP take the Senate, all the Republican senators who want to be big wheels will jump ship to one of the cool committees. Meaning the GOP members on the committee will include some of these exciting young Tea Party Republicans, except only Christine O'Donnell wants to join, so I guess she'll probably end up chairwoman.

(More seriously, this means that Barack Obama's START treaty is probably -- like everything else that requires any sort of Senate action -- doomed. I mean, even if O'Donnell doesn't win. Because no Republican candidate will get elected this year by promising to help the president rid the world of nuclear weapons.)