It's hardly news that the GOP establishment fears a Sarah Palin candidacy. But are their fears valid? 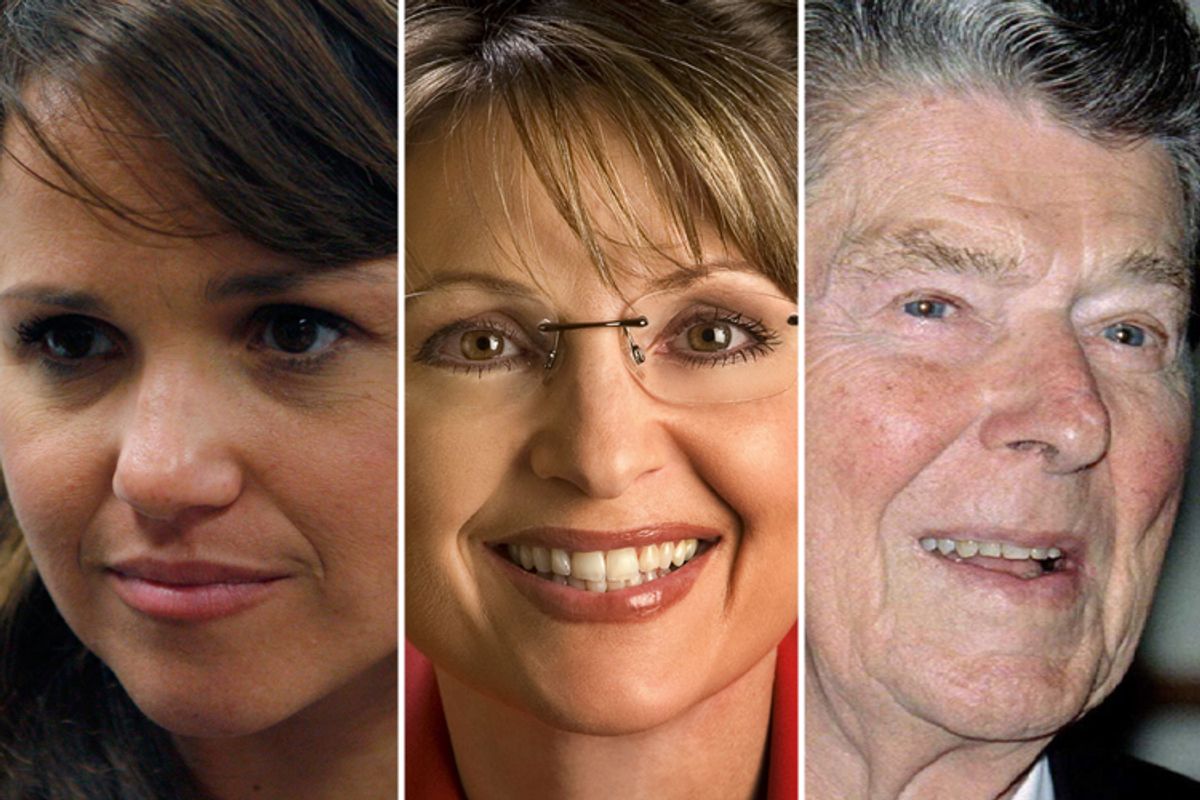 Politico's story about the GOP establishment's attitude toward a Sarah Palin presidential candidacy landed with a splash on Monday, even though it simply stated the obvious: the party's D.C. class is generally convinced that a Palin nomination would hand Barack Obama the White House for four more years. This view is generally shared by non-Republicans, too. Asked a while back about Palin claiming the Republican nod in '12, David Plouffe said, "Something tells me we won't get that lucky."

What is interesting to ponder here is whether the conventional wisdom about Palin's general election prospects is valid -- and, if so, whether the GOP establishment would be able to stop her from winning the nomination.

I think the answer to the latter question is a qualified yes. The Politico piece notes that Palin's '12 rivals -- Mitt Romney and Tim Pawlenty, in particular -- are quietly and informally working to thwart her. On their own, I don't think they can pull this off. But if the leading opinion-shapers on the right -- Limbaugh, Hannity, Fox News, the Wall Street Journal and so on -- were to join the cause, then Palin would be in trouble on the GOP side.

Just consider how the story played out on Monday, with Palin going on Fox News to rail against Politico for attacking her with anonymous sources -- and with Romney scrambling to play dumb and to insist that he thinks a Palin bid would be "great." To Republican voters, this only reinforced perceptions that Palin is the target of the liberal media, and that Romney isn't beneath using that liberal media to take her down. If this keeps happening, Palin's standing within the GOP will only grow. But if Fox News, which now employs her, were to start raising serious questions about her electability (say, after she leaves the payroll early next year to start her campaign), and if Limbaugh and Hannity were to reinforce them, the GOP base could conceivably revisit its assessment of Palin; it's not that Republicans would decide they don't like her -- just that they don't think she should be their presidential nominee.

But will this be necessary? Jonathan Bernstein has made a good case that Palin is more electable than most assume -- provided the economy is still reeling and voters are anxious to kick Obama out of the White House. (If this isn't the case, as I've written, all discussions about 2012 are pretty much irrelevant because Obama will be reelected.) As Bernstein put it:

Yes, Palin is very unpopular right now, no question about it. That hurts her chances of winning the nomination. But if she does manage to do that, well, we're not talking about today's Palin any more. Republicans would rally around her; newsmagazines and network news poobahs would do features on how she's grown since '08; I don't need to tell you how enthusiastic the folks at Fox News and conservative talk show hosts will be. She will have won GOP presidential debates (doesn't matter how she performs; since we're assuming she's nominated, that means she won the primaries that followed the debates, which means she'll be declared the winner).

There's plenty of truth to this, and it makes me think of Ronald Reagan, who we now remember as an uncommonly effective communicator who, as Time put it six years into his presidency, "found America's sweet spot." But when the 1980 campaign cycle began, Reagan was actually the Republican most Democrats wanted to run against; he was mainly known as a polarizing ideologue with a flimsy grasp of policy. The idea of Reagan's finger on the nuclear button, the thinking went, would be enough to keep Jimmy Carter in the White House for four more years, no matter how high inflation or unemployment was. (Ted Kennedy's backers were equally confident that their man, if he could derail Carter in the '80 primaries, would be able to defeat Reagan.) Many in the GOP establishment shared this view; Reagan was the candidate of the "New Right" -- the conservative grass-roots network that was steadily taking over the GOP in the 1970s, pushing aside the Rockefeller/Eastern Establishment crowd.

But Reagan, of course, ended up winning in 1980, in a rout. The reason was the economy (and, to a lesser extent, the Iran hostage crisis), which had brought Carter's poll numbers to frighteningly low levels. Voters simply wanted Carter out -- and if that meant voting for Reagan, so be it. That's the same basic attitude that explains the public's apparent willingness to vote for just about any Republican on the ballot this year. If that sentiment prevails in 2012, well, then maybe Palin could pull out a general election.

That said, it also should be noted that even in this year's absurdly anti-Democratic climate, the electorate does seem to have its limits. The perfect illustration of this comes in Delaware, where voters were ready to send Mike Castle, a long-serving Republican congressman, to the Senate in a cakewalk. But instead, the GOP base insisted on nominating Christine O'Donnell, whose antics and pronouncements have so unnerved voters that they're now poised to elect a Democrat, Chris Coons. And while Delaware is the most vivid illustration of Tea Party overreach this year, it's not the only one. Take Sharron Angle, who may still slip through in Nevada. But a generic Republican would have won that race by 15-20 points; Angle's liabilities have made it much closer than it ever should have been.

I don't think Sarah Palin would be as flawed a candidate as O'Donnell has been. But if the climate is right for the GOP in '12, I do believe that -- much more than Reagan did in '80 -- she'd test the willingness of voters to throw out the incumbent for someone, anyone.