Week 2: Jesse taunts Paul about his son, and the therapist's own boundaries get tested 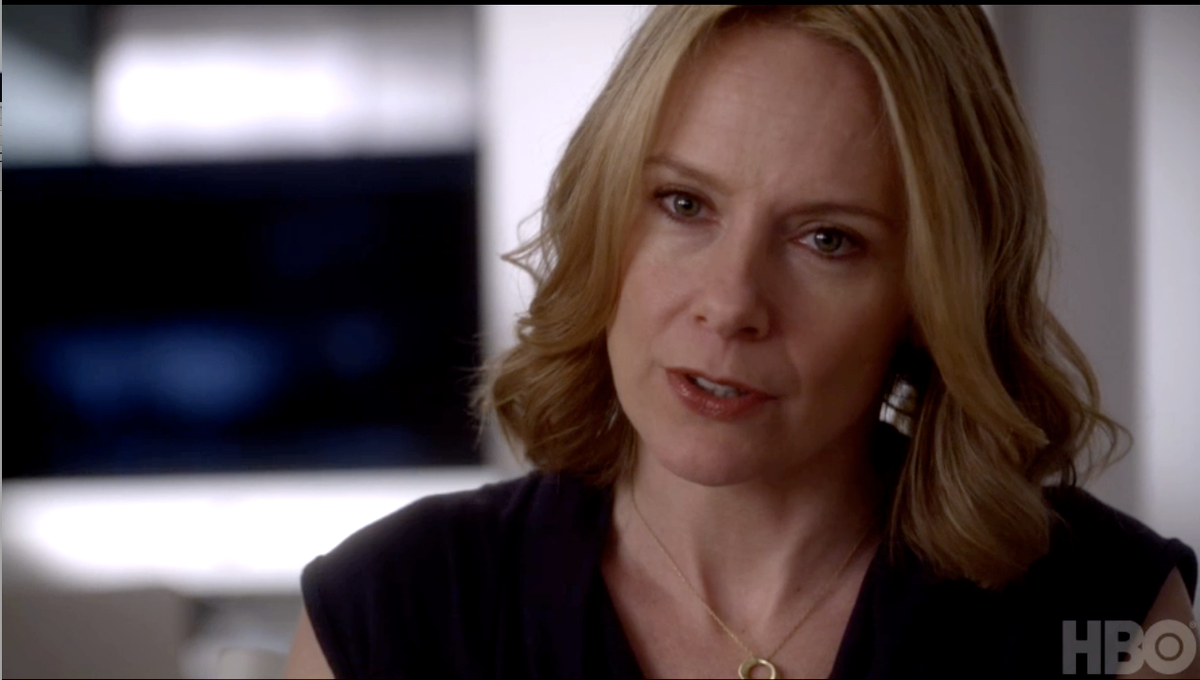 In Paul's final session with Gina he'd just met Wendy, and was optimistic about having met a woman with whom he might talk about something other than therapy, "like a book!" As we learn tonight Wendy is pretty much over. Not really because Paul is worried about how it will affect Max, his 12-year-old son, who is now living with him, but because she still hasn't read "The Memory of Running," the book he gave her when they first started going out.

One thing that hit me at the end of Tuesday night, is how incredibly lonely Paul must be. He's still grieving his father. His unsatisfying transitional relationship seems to be coming to a close. As Gina pointed out when he decided to leave therapy, he has no friends. This makes him incredibly vulnerable to unhealthy attachments to his patients. And that makes it harder to set the boundaries that need to be set. So far Paul has not made any serious mistakes as a therapist, but something tells me that this season we're going to see this loneliness lead him into some genuinely dangerous situations.

A situation like Jesse. When he bumps into Max in the hallway, there is something scarily reminiscent of Laura's chance encounter with Alex in Season 1. There's a glint in Jesse's eye that obviously recognizes Max as an opportunity to provoke Paul. Jesse is in a limit-testing mood, full of lame jokes about making money on the street to support his recent dream to go to art school. When he sees a pair of bronze baby shoes on the mantle he threatens to throw them through the window. Paul flinches, but like Jesse's adoptive mother, he refuses to engage. Later as he's leaving, Jesse taunts Paul about the sadness in Max's eyes. "Takes one to know one."

I can't imagine the writers would have gone to the trouble of having the two kids meet if they weren't going to get to know each other. And it's hard to see that ending well. As we learn later, Paul seems to be a little too self absorbed these days with a number of fruitless obsessions to notice any real threat to his son.

Jesse is like some sexy young goblin version of every really difficult patient Paul has ever had. He's got Laura's charisma, Alex's aggression, Sophie's sass, Amy's shamelessness, but none of these patients' accomplishments. He has very little to lose from his bad behavior, and far too much to gain. There are any number of people in New York who would be happy to fall for  Jesse's baby-faced bad boy act.

One of his recent encounters has obviously fallen badly, a basketball player is "stalking" him as Jesse interprets it; or in Paul's more optimistic interpretation, phoning his house and hanging up in an effort to get to know him. Whether this is true in this particular case, Jesse does push good people away to avoid being understood. It doesn't seem to be a pattern he's much interested in changing. When Paul gets close to the bone, maneuvering Jesse into a moment where he admits to feeling like a "mistake," Jesse suddenly turns the dialogue into something crass and perverse, accusing Paul of having some kind of epiphany "hard on … You've got yourself all aroused by some idea and you can't wait to come all over me with it."

At the same time I love Jesse. He's one of the few characters on "In Treatment" who has ever made me laugh out loud. Not at his lame, sarcastic, bullying jokes, but his weird quirky mix of faux sophistication and immaturity, his odd word choices, the way he corrects himself after offering to find Paul "some pussy. Okay sorry ... vagina." He's a problem kid, but he's still a kid, and such a frustrating blend of obnoxiousness and vulnerability, it's hard not to fall for him a bit. But it's equally hard to be optimistic about his chances of recovery.

The one ray of hope is the moment after he accuses Paul of having that therapy hard on. Suddenly he pauses and realizes he's crossed a line. "I'm sorry, I don't know why I said that." It seems like a genuine moment until he perks up again. "Do you think I have Tourettes?"

Jesse provides the occasional laugh, but this week's session with Adele was the most fun I've ever had watching this show. I love how she handles Paul's hysterical midlife crisis. It's been a challenging week for Paul. You'd think the primary thing on his mind would be the decision of his 12-year-old son to come live with him. But he has other important stuff to obsess about, like his belief that he's a character in Gina's book. It's so obvious! The character lives on the East Coast and had been denied tenure, just like Paul who was once denied the promotion he deserved! And he's named John. Paul's father's name!

"John?" says Adele, gently to the crazy ranting guy, who claims to have some competence as a psychologist.

Also, Paul is dying and is passing on a terrible debilitating disease to his son, who will have to watch him lose muscular control until he is carted away on a stretcher and lives the rest of his life in diapers. Not to take away from some very legitimate fears about an inheritable disease, but Paul does everything he can to keep Adele from discovering that technically he doesn't actually have Parkinson's. When she finally manages to call him on this, he launches into another rant about this neurologist who must be negligent quack because he bases his diagnosis on nothing more than Paul's current motor skills.

I love Adele's boots. Something about them makes me feel like we're back in Jennifer Melfi's office and that any moment Paul is going to launch into a monologue about being a sad clown. But he's not Tony Soprano. He's Paul Westin, who, despite being one of the worst patients ever, is an intelligent, lovely, ultimately caring man who has obviously been in a massive emotional rut for many years. Everything he has said about his patients this week is equally true of him. He's afraid to hope for more than the heavily repressed life he's been living (Sunil), he's suffering from an unusually high amount of loss (Frances), and he's feeling deeply threatened (Jesse) by someone whose only mistake was knowing something about the real him (Gina).

Adele is a great therapist. She acknowledges Paul's neediness, and helps him acknowledge it to himself, while giving him the ironic distance he needs right now on his obsessions ("You're 57, not 80") and the nurturing he desperately needs without indulgence. She makes it clear that she, like the other doctor he consulted, doesn't think he's ill, but "if it turns out you are ill, I'll be here for you as long as you want to talk with me."

She asks him before the end of their session about a recurring dream he's been having. "At the beginning of your dream, you described quite vividly that excitement, a feeling of openness, possibility. When was the last time you felt that. Can you remember?" Paul answers "Truthfully. No idea."

But I do. His last session with Gina.