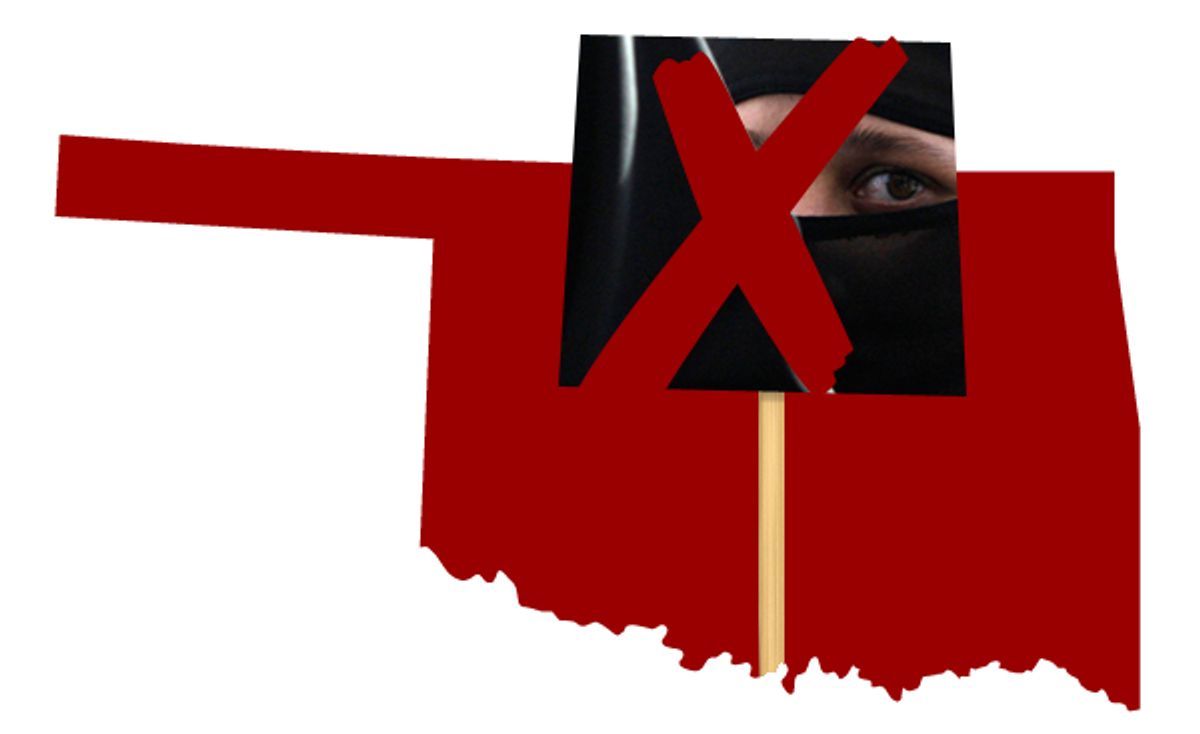 The man responsible for getting the issue on the ballot, State Representative Rex Duncan, argued that the measure "will constitute a pre-emptive strike against Shariah law coming to Oklahoma."

The measure amends the state constitution to forbid "courts from considering or using Sharia Law." It defines Sharia as Islamic law "based on two principal sources, the Koran and the teaching of Mohammed."

Worth keeping in mind in all of this is that Sharia law is hardly one fixed set of rules. An Islamic studies professor at the U.S. Naval Academy explained to the Tennessean newspaper recently:

Brannon Wheeler, history professor and director of the Center for Middle East and Islamic Studies at the United States Naval Academy, said critics of Islam mistakenly assume that Shariah law is a set of fixed principles that apply to every Muslim, everywhere.

"There's no text that is entitled The Shariah," Wheeler said. "It's not a code of law. It's not like you could go to the library and get the 12 volumes of Shariah law."

Instead, Shariah is flexible, and applies differently in different contexts. It comes from clerics' and scholars' interpretations of the Quran and other holy books.

This point was also lost on the sponsor of the measure (also know as the "save our state amendment") who talked about it on Hannity over the summer: