Pot legalization defeated thanks to the elderly 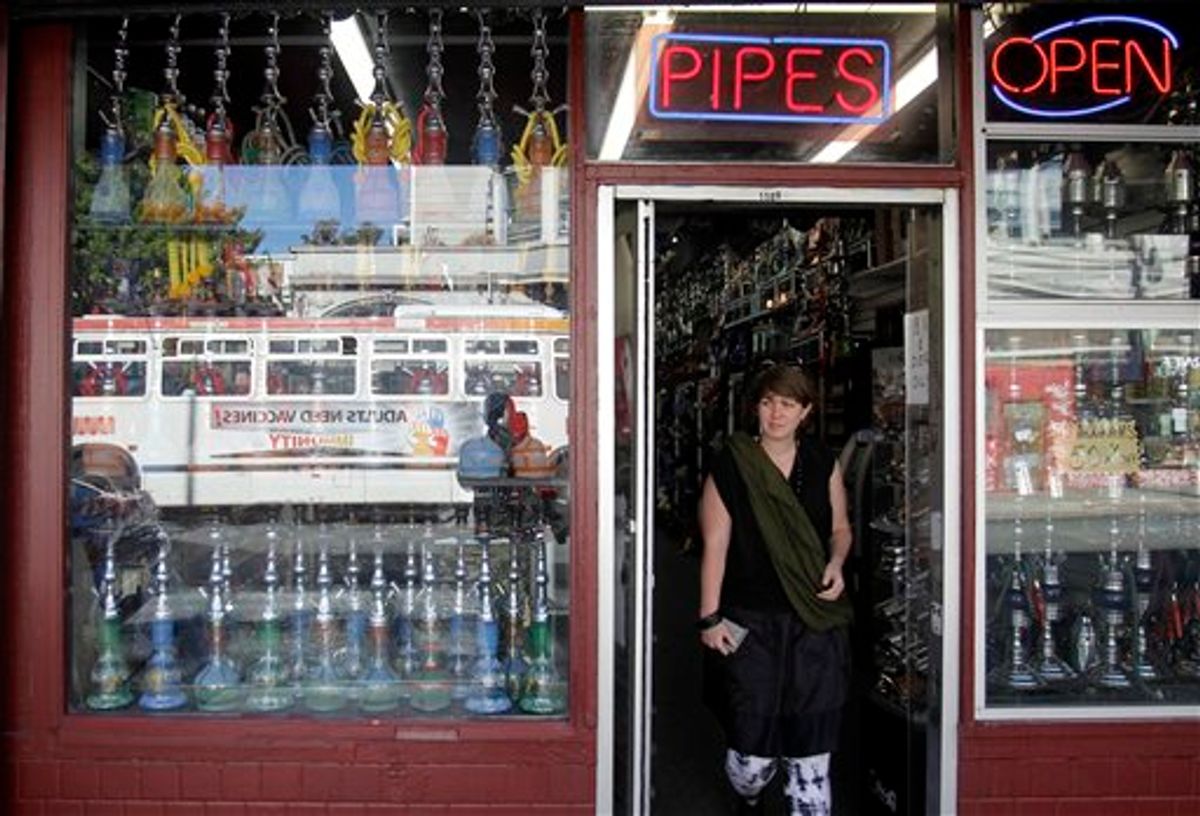 Smoking paraphernalia is displayed on a storefront as Californians decide to vote for the legalization of marijuana in San Francisco, Tuesday, Nov. 2, 2010.(AP Photo/Marcio Jose Sanchez) (AP)
--

The AP is projecting that Proposition 19, the pot legalization initiative in California that enjoyed a steady lead in the polls until just a few weeks ago, was defeated Tuesday.

The exit polls tell part of the story here, via the AP's Jennifer Agiesta:

A question for after the rush of election news: Will the administration who appointed a drug czar who was supposed to be different actually deliver anything in the way of a change to the country's drug policy?

Meanwhile, here's the spin from the pro-legalization Drug Policy Alliance. From LA Weekly:

"It validates the analysis that prop. 19 has permanently impacted the national debate and moved marijuana legalization into the mainstream of American politics," he said. "We came up short tonight but it's clear it's an issue people take seriously."

"Regardless of the outcome, it clearly has been an enormously valuable exercise, because Prop. 19 has moved the debate forward nationally and forged an unprecedented reform coalition."