Rasmussen to critics: But I was right! 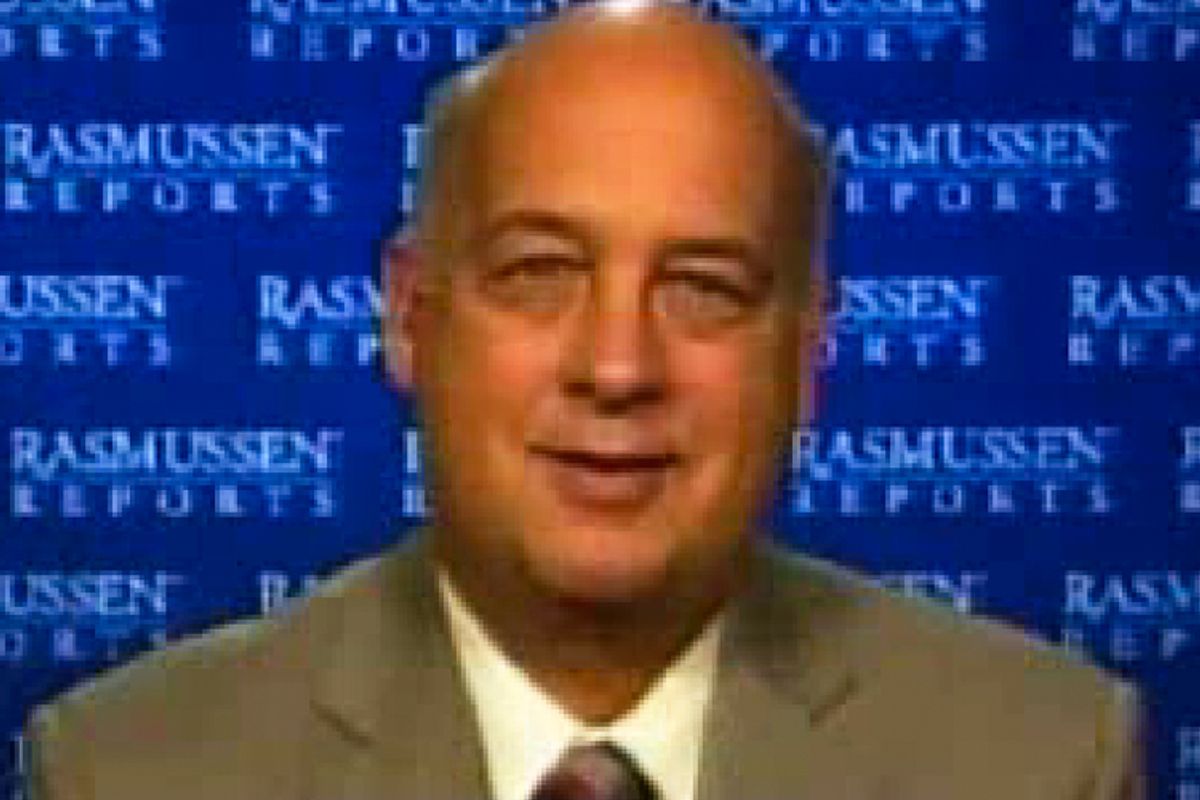 Pollster Scott Rasmussen, who has previously been accused of giving conservative candidates a boost with biased polls, is getting hammered today by two political observers for midterm poll results favoring Republicans that turned out to be inaccurate.

Taegan Goddard of Political Wire asked if a Rasmussen poll in Hawaii was the worst prediction of the year:

Rasmussen polls quite consistently turned out to overstate the standing of Republicans tonight. Of the roughly 100 polls released by Rasmussen or its subsidiary Pulse Opinion Research in the final 21 days of the campaign, roughly 70 to 75 percent overestimated the performance of Republican candidates, and on average they were biased against Democrats by 3 to 4 points.

Asked about Silver's assessment, Scott Rasmussen told Salon today that "I don't respond to comments from bloggers or others." And he said he was on the whole proud of his midterm predictions.

"We showed the generic ballot numbers predicting a significant victory for Republicans all through 2010, and that worked out as we expected," Rasmussen said. Noting polls the firm did on Arlen Specter in Pennsylvania and Scott Brown in Massachusetts, he added: "We were the first to pick up the power of what later became the Tea Party movement."

He said he did not specifically remember the Hawaii poll showing Inouye ahead by just 13 points. "I'll have to go back and look at that one," Rasmussen said.

Rasmussen Reports posted an in-house assessment of its midterm results today. It points to seven Senate races the firm had listed as "toss-ups" which ended up being split between the two parties. The assessment also cites a Monday Wall Street Journal column by Scott Rasmussen Monday about the number of seats Republicans would win in the House and Senate:

As Salon reported over the summer, Rasmussen will be attending a post-election National Review cruise later this month for which he is taking no speaking fee beyond trip costs. Asked today if he is worried about creating perceptions of bias by attending a cruise made up largely of professional conservatives, he said:

"If Keith Olbermann and Markos had a cruise trip and gave me a free trip, I'd go and speak there the same way."