Sen. Rand Paul has a chance to follow in the anti-war, non-interventionist foreign policy tradition of his father 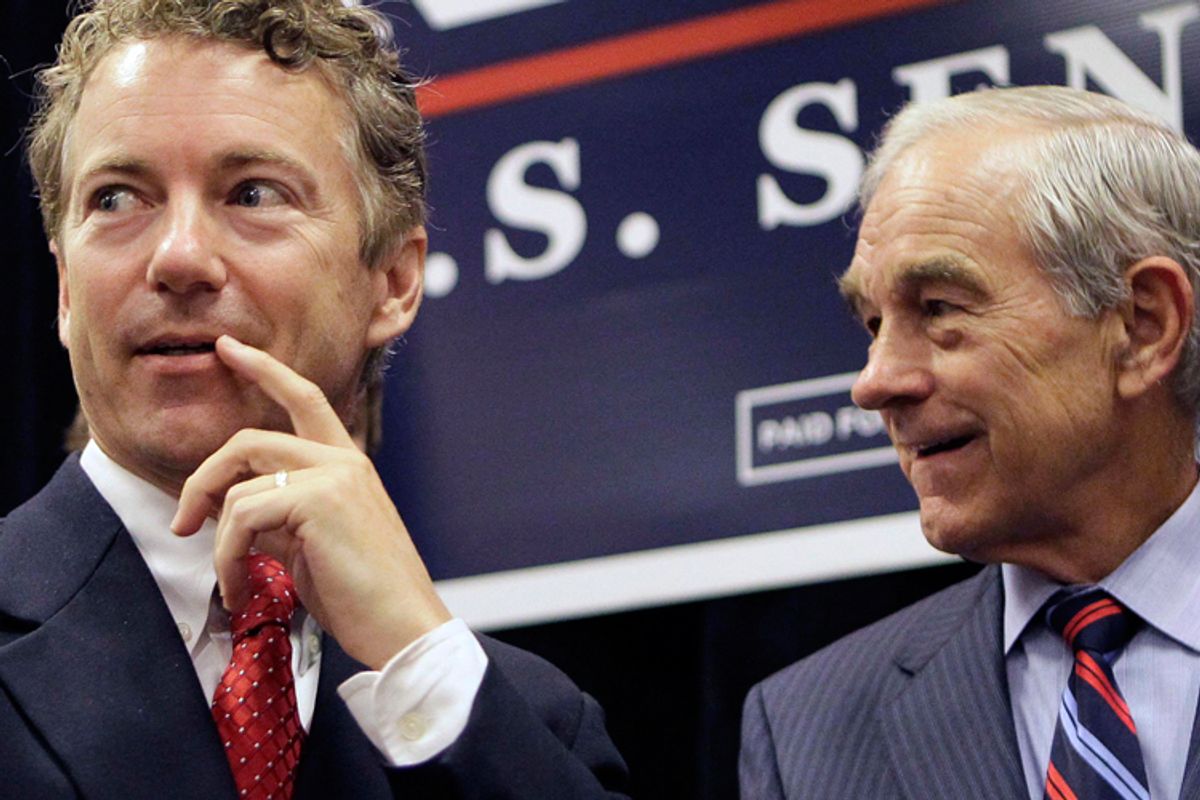 Now that Rand Paul has won himself a six-year term in the U.S. Senate, it's worth asking: is he going to feel freer to get back to the more absolutist libertarianism of his father, Congressman and 2008 presidential candidate Ron Paul?

Many people remember, for example, Ron Paul's rousing performance in a 2008 Republican presidential primary debate in New Hampshire, in which he denounced the Iraq War and the ideology of preemptive war. Rand campaigned extensively for his father that year.

But during his Senate campaign, Rand Paul has conspicuously deemphasized foreign policy, telling National Review in July, "I’m not thinking about Afghanistan; foreign policy is really a complete non-issue." He likely felt vulnerable to attack on the issue; Democrats did attack him on other libertarian positions, like cutting federal drug enforcement.

But in the same interview, he left the door open to pursuing a more critical stance in the Senate:

He hopes that if he makes it to the Senate, there will be “room for discussion” on foreign-policy issues within the party, especially on Afghanistan. “Within Republican and conservative circles, the position is somewhat monolithic,” he says. “But how long is long enough? It’s too simplistic to say there is never a time to come home, or that it’s unpatriotic to debate. There are reasonable people, conservatives like me, who believe that defense is the primary role of the federal government, but do not believe that you can make Afghanistan into a nation. It never has been one.” If he had the chance to ask General Petraeus some questions, he says he’d ask, “Is there an end? How can it end? And is it still in our interests?”

Rand Paul could become an interesting non-interventionist voice in the Senate. Here's a taste of what that could like -- from Ron Paul in that 2008 debate: