Huge expansion of Kabul embassy not done till 2014

Obama Administration awards $511 million contract, showing that U.S. will be in Afghanistan for years to come 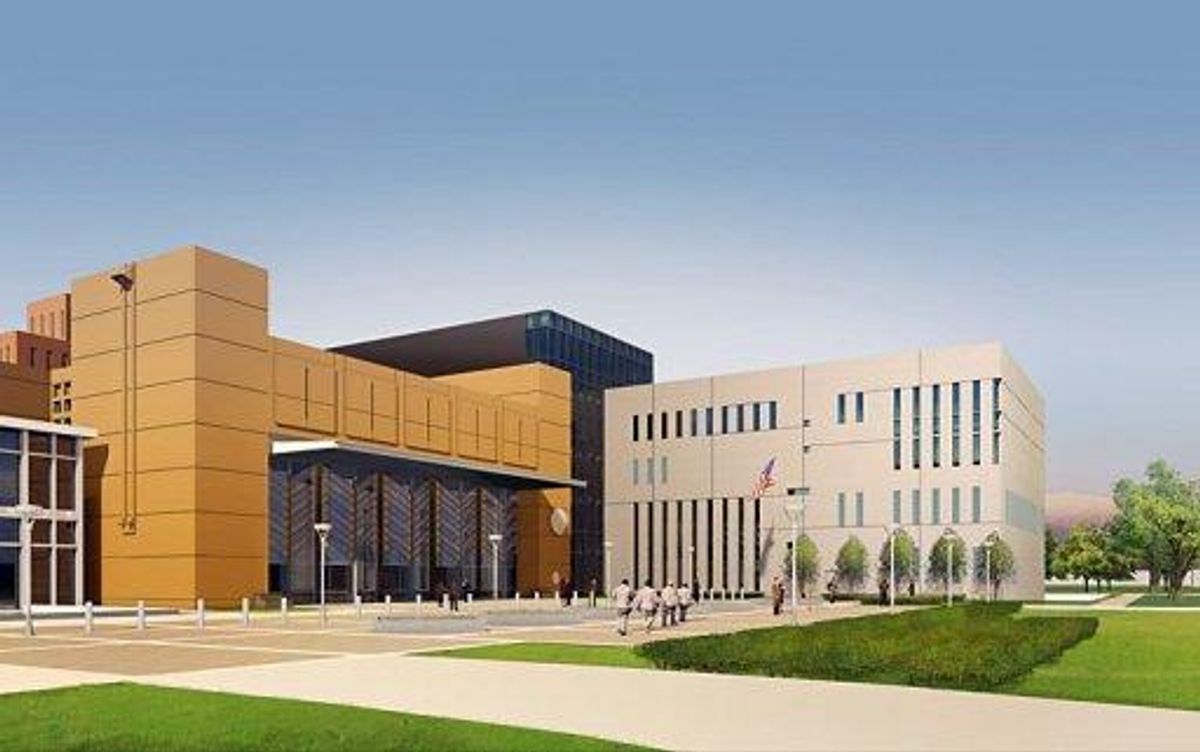 An artist's impression of the planned U.S. embassy buildings in Kabul.
--

The Obama Administration announced this week it has awarded $511 contract to massively expand the U.S. embassy in Kabul. Notably, the job won't be done until June 2014, which is about three years later than July 2011, Obama's promised deadline for the beginning of a U.S. withdrawal. June 2014 will be a year and a half into Obama's second term, or the first term of his successor.

Now, the embassy is a State Department installation, not a military one. But it's still a sign that the United States will be in Afghanistan for a very long time. (It is the biggest embassy in the world.) Ambassador Karl Eikenberry said as much at the announcement yesterday (made on a day when the media and the public were paying attention to election results).

"It is a very substantial United States investment in construction and it is the Kabul embassy here and the Mazar and Herat consulates is an indication, as I said in the start, it is an action it is a deed that you can take as a long term commitment of the United States government to the government of Afghanistan," he said. Watch:

This is the latest in the long list of stories that would be getting more attention if George W. Bush were still president; compare for example, the relatively muted media coverage of the Kabul announcement to the intense and critical coverage of the Bush Administration's $592 million Baghdad embassy.

It's also worth noting that the Kabul embassy is just one of several U.S. construction projects in Afghanistan. A State Department press release said the U.S. has since 2009 awarded $790 million in contracts for "new construction in Afghanistan, including a $230 million contract awarded in 2009 to other firms, and the construction of the Embassy Camp Sullivan facilities and US Consulate projects in Mazar and Herat."

The big $511 million contract, by the way, went to Alabama-based Caddell Construction.

Here are the specs on what that will build, from the State Department: