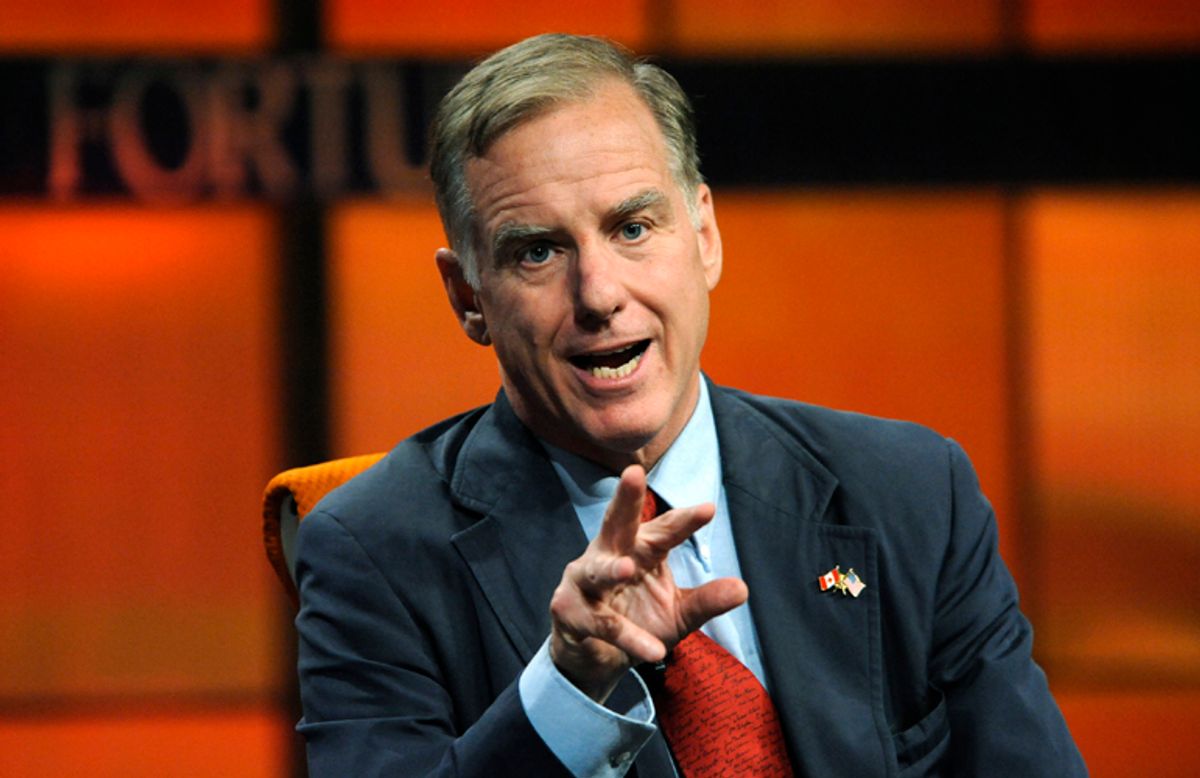 Will Howard Dean challenge Barack Obama in 2012? Politico columnist Roger Simon, who drew Dean from a hat full of cards that he'd written the names of various Democrats on, says probably!

First, Simon lays out the history: Reagan and Clinton were only reelected because they did not face serious primary challenges. But Jesse Jackson almost ran against Clinton, and he would've made Clinton lose, because of Whitewater, NAFTA and Troopergate. Thankfully, Rahm Emanuel and Harold Ickes made Jackson not run, thus saving Clinton from being Jimmy Carter.

But will Howard Dean seriously be Obama's Ted Kennedy? The Speculative 2012 Primary Challenge Column Hat does not lie. Howard Dean is going to run against Obama and lose to the Palin/O'Donnell ticket. Simon proves this with facts:

Congratulations to Roger Simon for writing a column about the 2012 race that somehow manages to be even dumber than the hundreds of columns about Michael Bloomberg and Sarah Palin.