The wrongest election prognosticator of all

Whatever political analyst Stu Rothenberg predicts, bet on the opposite happening 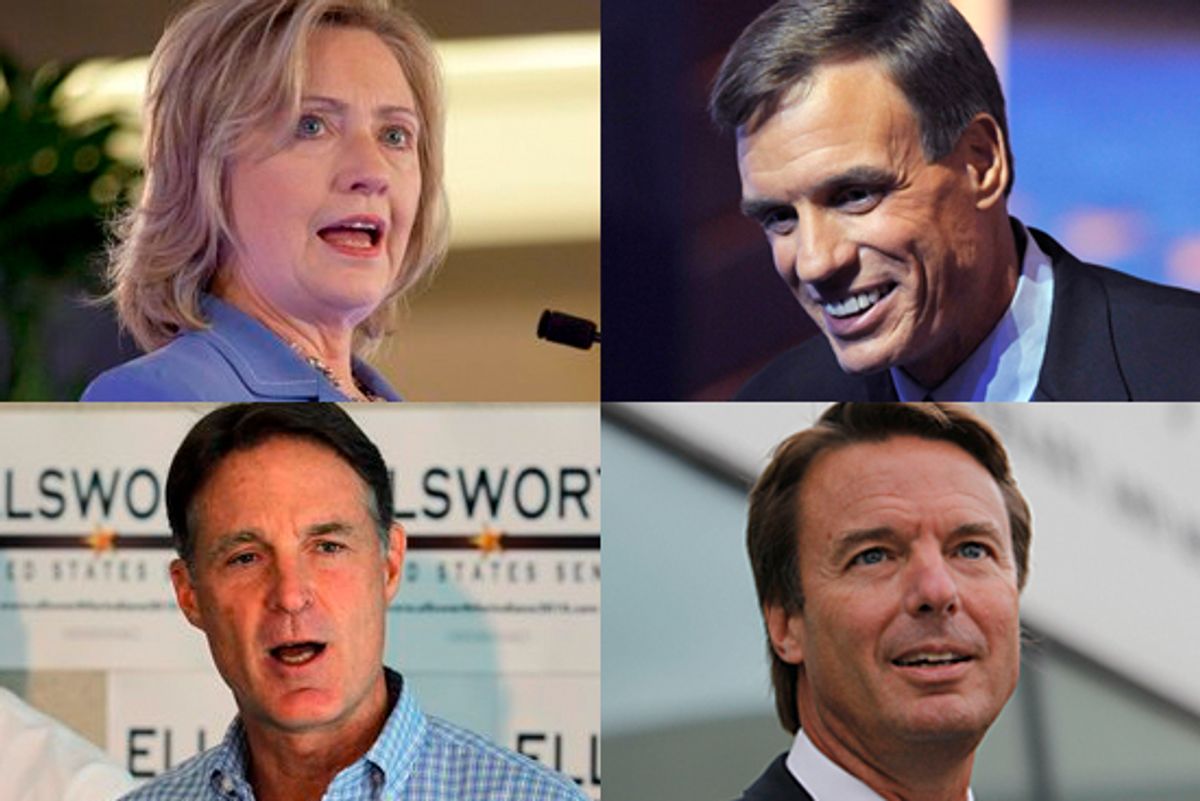 Political analyst Stuart Rothenberg is taking a bit of heat for writing this, back in April 2009:

"But there are no signs of a dramatic rebound for the party, and the chance of Republicans winning control of either chamber in the 2010 midterm elections is zero. Not 'close to zero.' Not 'slight' or 'small.' Zero."

The rest of the column is similarly embarrassing. But to be fair, no one could've predicted last spring that Barack Obama would lose the House in 2010, besides someone familiar with history

Of course, if you make political predictions for a living, you'll be wrong sometimes. Incredibly wrong. Hilariously wrong. In fact, this is not even the wrongest thing Stu Rotherberg has predicted in the last 10 years. Because in March of 2006, Rothenberg wrote a column forecasting the 2008 presidential race -- "The 2008 Race Is On - And the Field Is Smaller Than You Think" -- and one name is conspicuously missing.

Long shots no longer win presidential nominations. It's been 30 years since one of the major parties nominated a true long shot for the White House.
[...]
If I'm right that the fundamentals of a presidential race have made it more difficult for long shots to pull off surprise victories, then we already have a pretty good idea who the 2008 White House nominees will be.

The GOP will nominate Sens. John McCain (Ariz.) or George Allen (Va.) or Massachusetts Gov. Mitt Romney. The Democrats will nominate Sens. Hillary Rodham Clinton (N.Y.) or Evan Bayh (Ind.), former Virginia Gov. Mark Warner or former Sen. John Edwards (N.C.). That's it. The odds are very, very good that two of those seven hopefuls will be on the ballot for president in November 2008. One or two others may be in the No. 2 slot.

The only "out" that I'll give myself is that if any of these top-tier candidates ends up not running, then that opening could create an opportunity for someone who's now a long shot to move into the top tier. For example, were McCain to take a pass, Nebraska Sen. Chuck Hagel (Neb.) could potentially fill his slot.

So, if you really, really like Sens. Joseph Biden (D-Del.), Russ Feingold (D-Wis.), Bill Frist (R-Tenn.) or Sam Brownback (R-Kan.), or Govs. Bill Richardson (D) of New Mexico, George Pataki (R) of New York or Arkansas' Huckabee, don't be too disappointed when they fall short of winning their party's nomination. (OK, I'll admit to being a little uncomfortable including the very amiable Richardson on this list.)

Hah. So if it's not Bayh, Clinton or Warner, it might be "the very amiable Richardson."