Yes, it can be juvenile. But at its best, FX's comedy is a charming show about finding escape from adult life 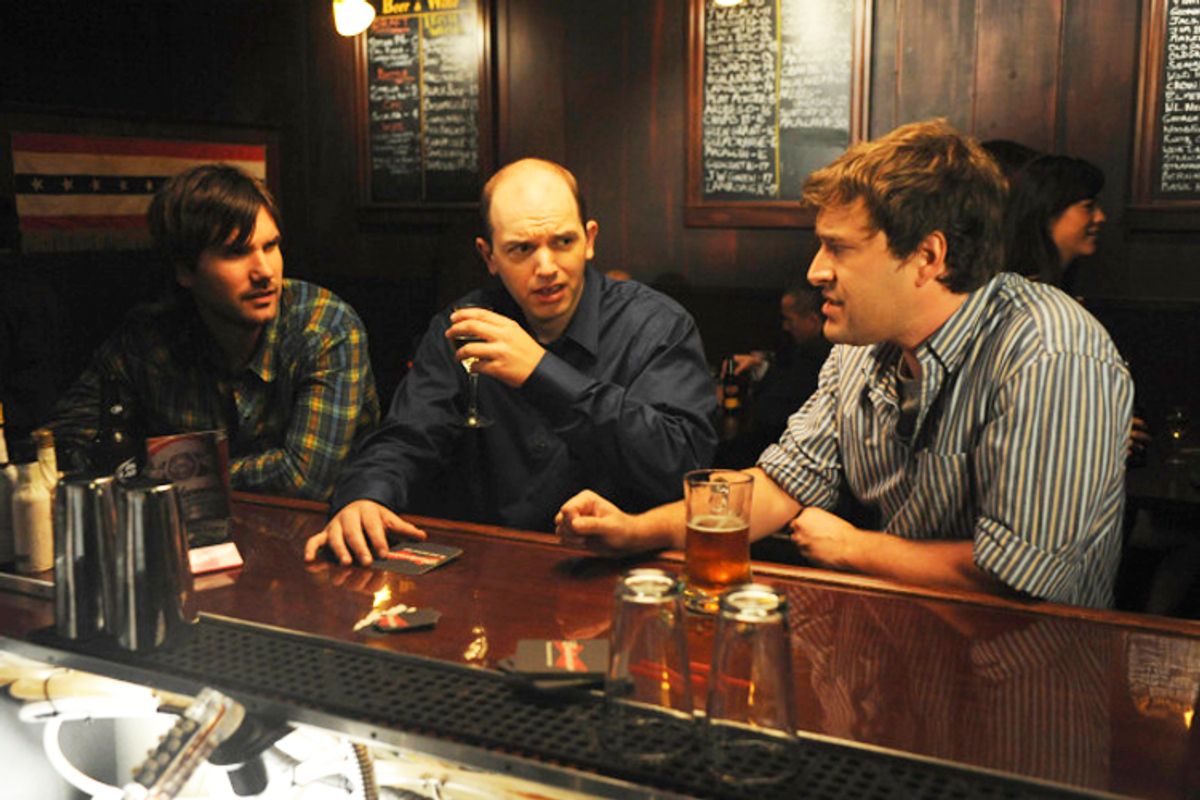 We are neutered animals. Our culture's insistence on "healthy" or "professional" communication and "appropriate" language and behavior -- at work, in public, at home -- reduces us to soulless shadows, mumbling polite clichés to smooth over each exchange. We ask our children to please say please, we thank our bosses for offering us the opportunity to remain underpaid for another month, we tap out increasingly warm and friendly e-mails to co-workers, we thank the surly cashier at the deli for offering us the opportunity to pay too much for a crappy sandwich, yet again. The scope of emotional behavior that's considered acceptable by mature adults these days ranges from Mildly Satisfied to Ever So Slightly Grumpy (but only due to lack of sleep rather than some fundamental contempt for life).

No wonder online comments sections have revealed an enraged, tearfully sentimental, depressive, effusive, resentful, anxious populace, feverishly passionate about every shred of trivia that crosses its path. Unable to express the depth of our emotion in any other context without being considered unhinged, we're left to pour our volatile, crippling emotions out to total strangers on the Internets.

Considering the repression and resignation of modern adult life, it's not hard to understand why the common aging frat boy (aka fraticus boyalis) stubbornly refuses to give up his way of life despite outside pressures to do so. As juvenile as his shenanigans might seem to the casual observer -- getting fall-down drunk on pints of draft beer, referring to his male cohorts with demeaning nicknames, engaging in games of foosball or PacMan or pool with the feverish conviction of a missionary speaking in tongues -- the frat boy's immaturity should be understood as an elaborate rejection of the crushing responsibilities of adulthood. When viewed through the proper lens, the frat boy's spirit of camaraderie, his utter refusal to accept the limitations of adult life, his stubborn commitment to continue drinking to excess and vomiting all over his shoes until he's old and gray, mark him as a true modern rebel.

Instead of encountering the surly man-children of FX's half-hour comedy "The League" (10:30 p.m. Thursdays) as pathetic 30-somethings clinging to the "Whassup, dude"s and the "smell ya later"s of the distant past, then, we're forced to confront the ways that their childish rambling subverts the dominant paradigm. Rather than crafting that carefully worded, willfully upbeat e-mail to your boss, wouldn't it be much nicer to get the man in a head lock and tell him to, "Smell my shorts, dillweed"? Instead of warning your children that further bratty outbursts will result in an immediate timeout, wouldn't it be refreshing to pour them a big plastic cup of cheap beer and shout, "DRINK DRINK DRINK, YOU IDIOT, DRINK IT DOWN, NOW!"? Rather than engaging in another delicate conversation regarding recurrent conflicts with your spouse with all of the self-conscious politeness one might reserve for high-level diplomatic negotiations, wouldn't it be nicer to tell him to stop getting his panties in a bunch over nothing, then grind his face into the carpet while delivering a merciless noogie to the back of his head?

The insult-barking frat boys of "The League" open up a new world of emotionally free possibilities to the modern adult, revealing the joys that come not only from venting all of the raging aggression and competitiveness and horndoggery that lurks within, but also from elevating the kinds of silly games we used to love when we were kids to a sort of art form. By setting a fantasy football league at the center of the show and then treating the ups and downs of the season as legitimate plotlines, "The League's" writers engage in the same tenacious trivia-minded tomfoolery as their characters, and reveal the distinct thrills of overreacting to even the tiniest setback or victory in what amounts to group exercise in the powers of the imagination. When Kevin's wife, Jenny, tells him that she wants to join the league, he replies, "No one drops out. It's like the Supreme Court, people just die on the bench." To the members of the league, the league isn't a game, it's deadly serious. Real life is the game.

And, of course, anyone who's traveled in these sorts of circles immediately recognizes Ruxin's brother-in-law, Rafi (Jason Mantzoukas), as a familiar breed of menace common to big groups of intoxicated men. Rafi (whom the others refer to ominously as "El Cunado" or "the brother in law") inserts himself in the middle of every conversation, grabs other people's drinks and finishes them, and just generally behaves exactly like that guy who would materialize and invade your personal space the second after you did a giant bong hit in college. Rafi doesn't understand the unspoken code of the group. He takes the pointing and jeering and open hostility to an exaggerated, awkward new level. "I am literally going to sodomize you on the battlefield!" he cheerfully informs one of the guys. "I'm going to have nonconsensual sex with your face!"

Naturally "The League" traffics in the typical "Here's how I trick my wife into letting me watch too much football" jokes of Budweiser lore, but the show is clever enough to make even these moments sing. "You gotta keep it spontaneous," Ruxin says, explaining how he keeps his wife happy. "So that's why every 2.6 months, I make a grand gesture. You know, the rest of the year I coast by. It's like how studios release these big blockbuster movies, then the rest of the year they sort of fart out Katherine Heigl dreck?" In another episode, when Kevin brags that his wife gave him "very special sex," the others jeer, "Is it real? Are there unicorns snowing teardrops of Elton John songs?"

Improvised, rapid-fire insults like those are, of course, the real draw of "The League." Take Ruxin's deadpan exchange with Taco after a big fight:

Taco: I can completely understand if you don't want to be best friends anymore.

Ruxin: We're not even regular friends.

Taco: You're just saying that because you're angry.

Ruxin: No, I'm saying that because I don't respect you or like you.

While modern adult life is increasingly ruled by polite restraint, the unbridled nastiness of "The League" is soup for the overgrown frat boy soul. Whether it makes you giggle or change the channel depends, of course, on your stomach for extreme juvenile delinquency among non-kin non-juvenile males. But either way, you have to admire their passion and their commitment. Or, as Pete puts it, “God bless fantasy football. There are many things a man can do with his time. This is better than those things.”