Why are ladies missing from Foursquare?

Women are much less likely to use geolocation services. Maybe safety concerns have a little something to do with it 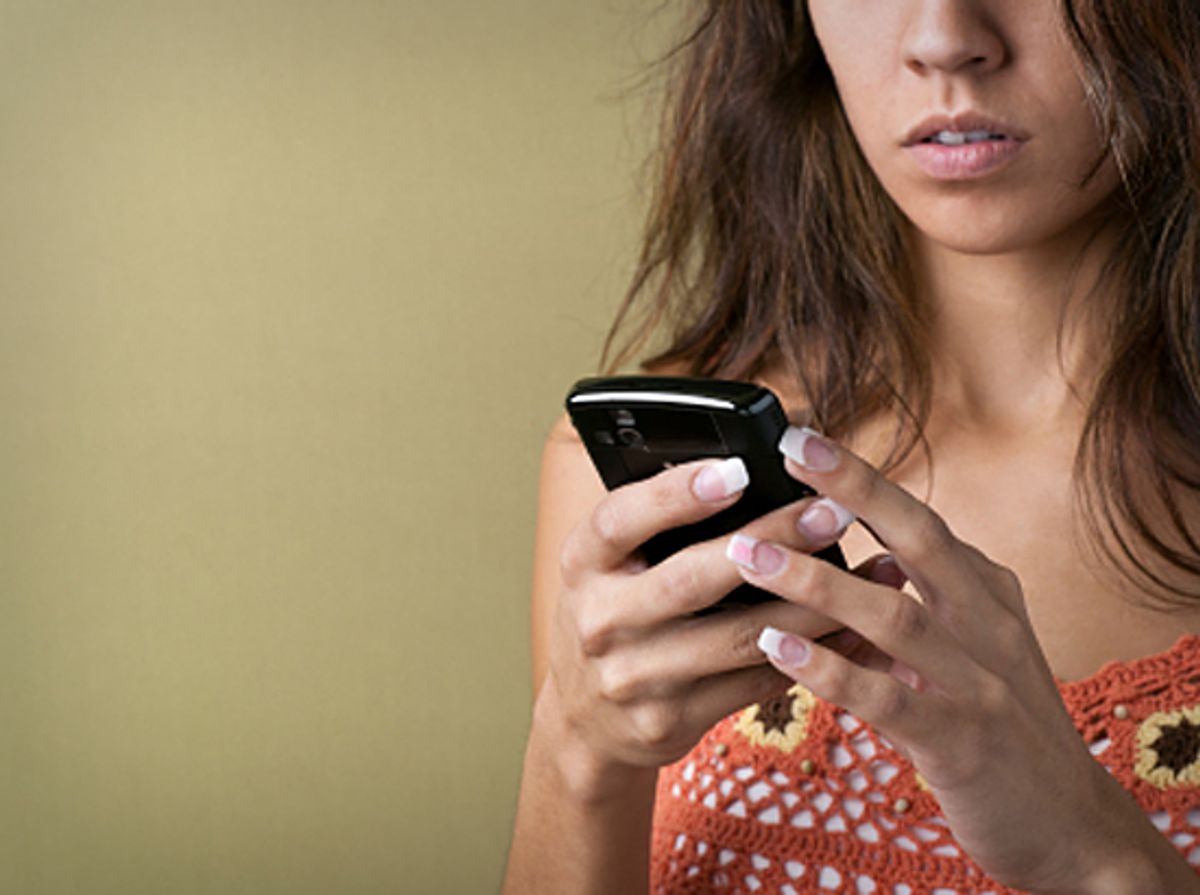 It seems location-based services like Foursquare might have a bit of a lady problem. Yesterday, the Pew Research Center's Internet & American Life Project revealed that men are twice as likely as women to use such apps. Now, truth be told, there aren't that many Web users of either gender using geolocation services: Just six percent of men and three percent of women. Clearly, these services are experiencing a popularity problem among both sexes -- but I have to wonder about the influence of safety concerns in particular on women's adoption of this much-hyped technology.

In July a Webroot survey found that 49 percent of women are "very worried" about the potential stalking threat with location-based services, compared to 32 percent of men. A month later, The Daily Beast reported that a woman checked in at a restaurant during a dinner with friends and was then told by the hostess that someone had called asking for her. The man on the other end told the woman that using Foursquare was dangerous, that someone might find out where she lived, and then hung up -- but not before calling her a "stupid bitch." The story got lots of pickup and inspired copious handwringing about the dangers of geolocation apps. It wasn't exactly the kind of publicity an Internet startup hopes for.

The magnitude of the actual threat is debatable, though. As a Foursquare spokesperson told the Daily Beast, the service is meant to facilitate communication about location between friends, not between friends and strangers." When you check in somewhere, it's "only viewable by people that the user has chosen to accept as friends." Of course, some people link Foursquare to their Facebook or Twitter account, which broadcasts it to a much larger audience. As with anything posted online, it is all too easy for private things to find a much larger, unintended audience. Also, the risk seems to be less dependent on the particular technology so much as the user's Internet savvy.

Regardless of the actual threat of Foursquare and its ilk, it's only natural that women would express greater reservations about broadcasting our whereabouts. You know the story: We're taught to exercise greater caution than men and remain on-guard at all times. We're supposed to notice when someone is following us, refrain from answering the door when we're home alone, never walk down dark alleyways -- and so on and so forth. Paranoia is a female rite of passage. There are other explanations, however: The Hill points out that "it is not unusual for men to lead women in adopting technology," in part "because the female demographic has a higher concentration of seniors, as women tend to live longer than men."

The upshot of this lady shortage is best represented by the new app WhereTheLadiesAt. Nerve describes it like so: "Basically, it's like Grindr [a gay location-based app] for straight men, except it's less about meeting up for random sex, and more about stalking women through grocery stores and shopping malls." The irony, of course, is that apps like that only add to the potential creep factor and creates yet another disincentive for women to join.