Men who clean house are happier

So are husbands with wives who put in similar hours at the office. Could equality be their secret? 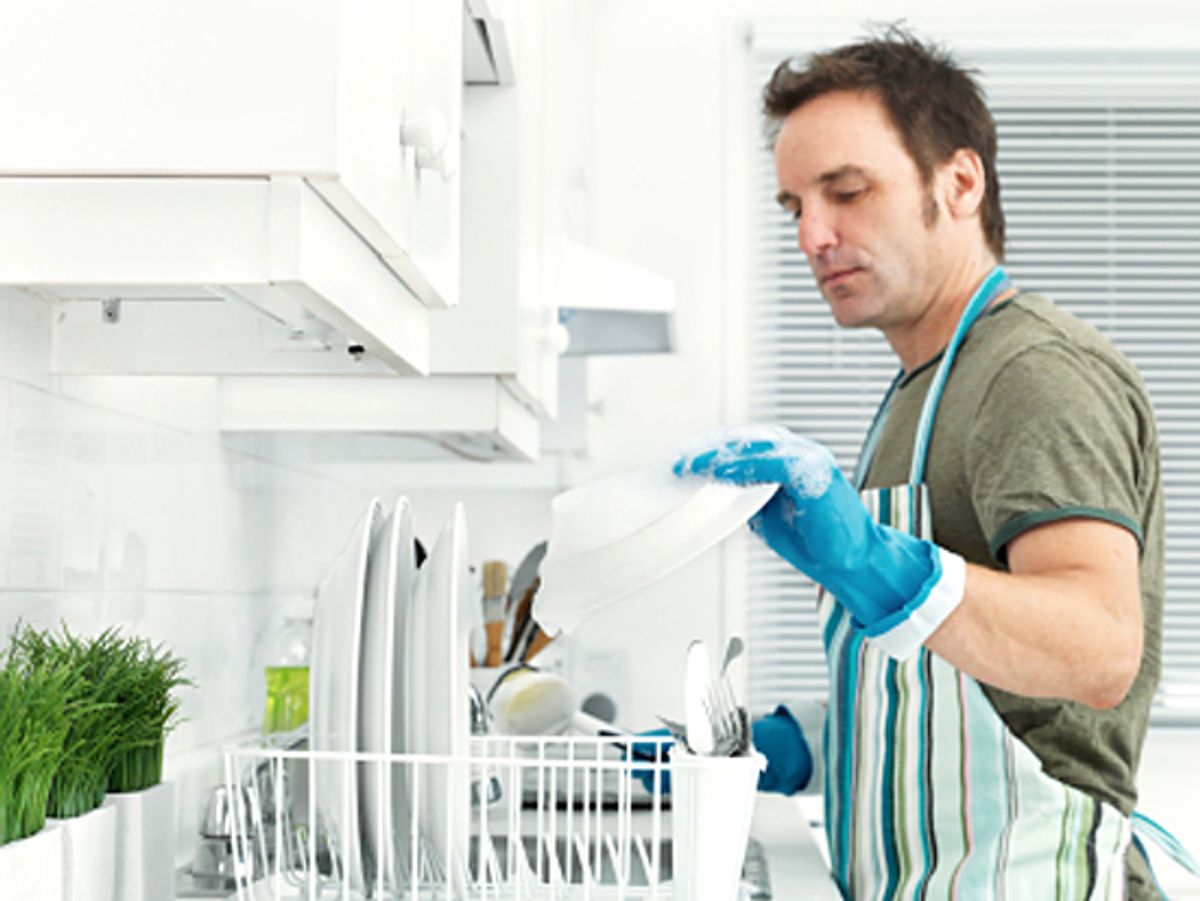 Egalitarian relationships may not be the emasculating, soul-sucking prison they are made out to be on television sitcoms. (Shocking, I know: The TV lies to us?!)

The preliminary results from a British survey of 1,000 working dads show that men who take on more housework and have a wife who puts in a similar number of hours in the workplace as they do are generally happier. Unfortunately, that doesn't mean we've discovered the secret to paternal or marital happiness. Maybe those equality-minded men are happier because of their chore-sharing or maybe happier men are more likely to split the housework. It could be something entirely different -- perhaps mopping the floor effectively releases stress and working partners get in each others' hair less. We just don't know.

What we do know, though, is that the familial ideal is swiftly changing. Few fathers believe that it's a woman's job to take care of the kids; in fact, 82 percent say they would like more "family time." That's totally great! Only, it also presents some issues. Lead researcher Caroline Gatrell tells The Guardian, "The problem is that although families are changing, this is -- largely -- being completely ignored by employers." She continues:

This is creating a massive problem for both men and women. Women are having their careers blocked by employers who assume that, once children come along, their commitment to the workplace will be severely compromised. But the same myth is also disadvantaging men who find themselves being their child's main or only carer, because employers aren't offering them work-life balance choices.

The truth, though, is that employers won't overhaul their work-life policies until both moms and dads demand it. In that sense, this might be good news.