CNBC must suspend Larry Kudlow (and a couple others)

Under the NBC News ethics policy that Olbermann broke, his donation to a Republican should get him in trouble 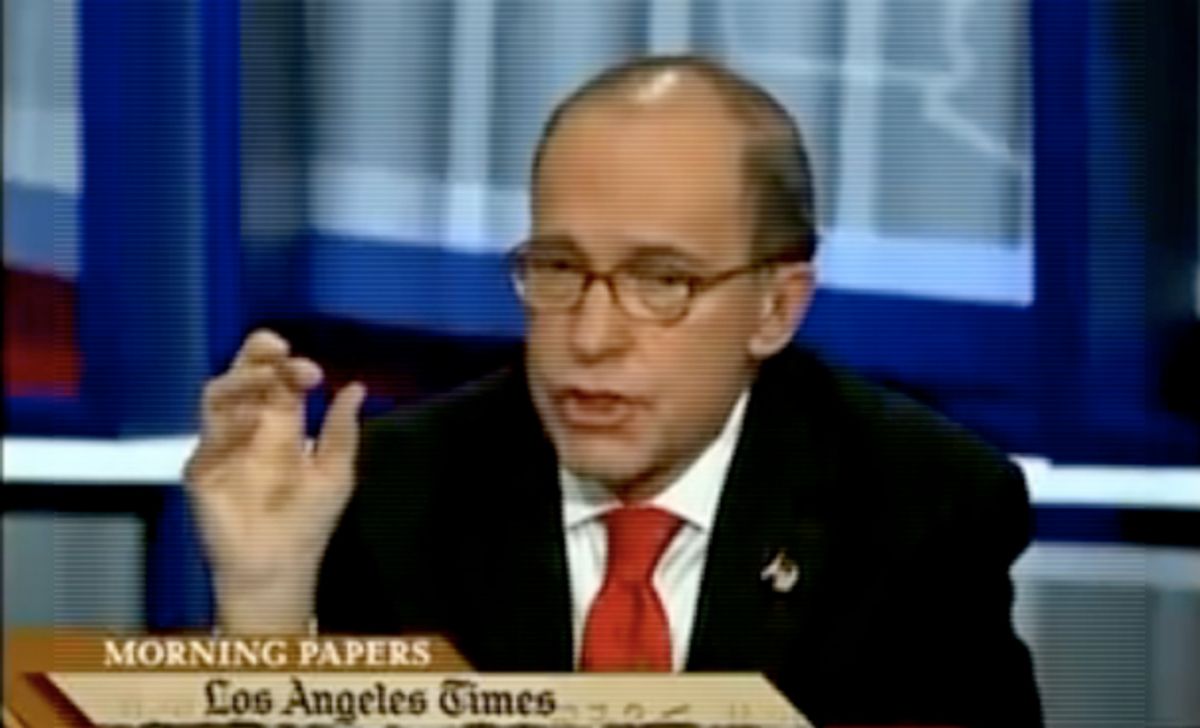 (CORRECTED)[Updated] CNBC's Lawrence Kudlow, host of the Kudlow Report, donated $1,000 to former Republican congressman Chris Shays in May of 2009.

Unless Kudlow got explicit permission from the president of NBC News, this places him in direct violation of the NBC News ethics policy that led to the indefinite suspension of MSNBC host Keith Olbermann today:

"Anyone working for NBC News who takes part in civic or other outside activities may find that these activities jeopardize his or her standing as an impartial journalist because they may create the appearance of a conflict of interest. Such activities may include participation in or contributions to political campaigns or groups that espouse controversial positions. You should report any such potential conflicts in advance to, and obtain prior approval of, the President of NBC News or his designee."

The Shays donation is one of multiple Kudlow has made since joining CNBC.

CORRECTION: An earlier version of this post incorrectly reported that CNBC host David Faber made a donation to a GOP candidate. A David Faber of New York did contribute money, but he is not the CNBC host.