Network suspends "Countdown" host for donating to politicians, even as other MSNBC personalities have done the same 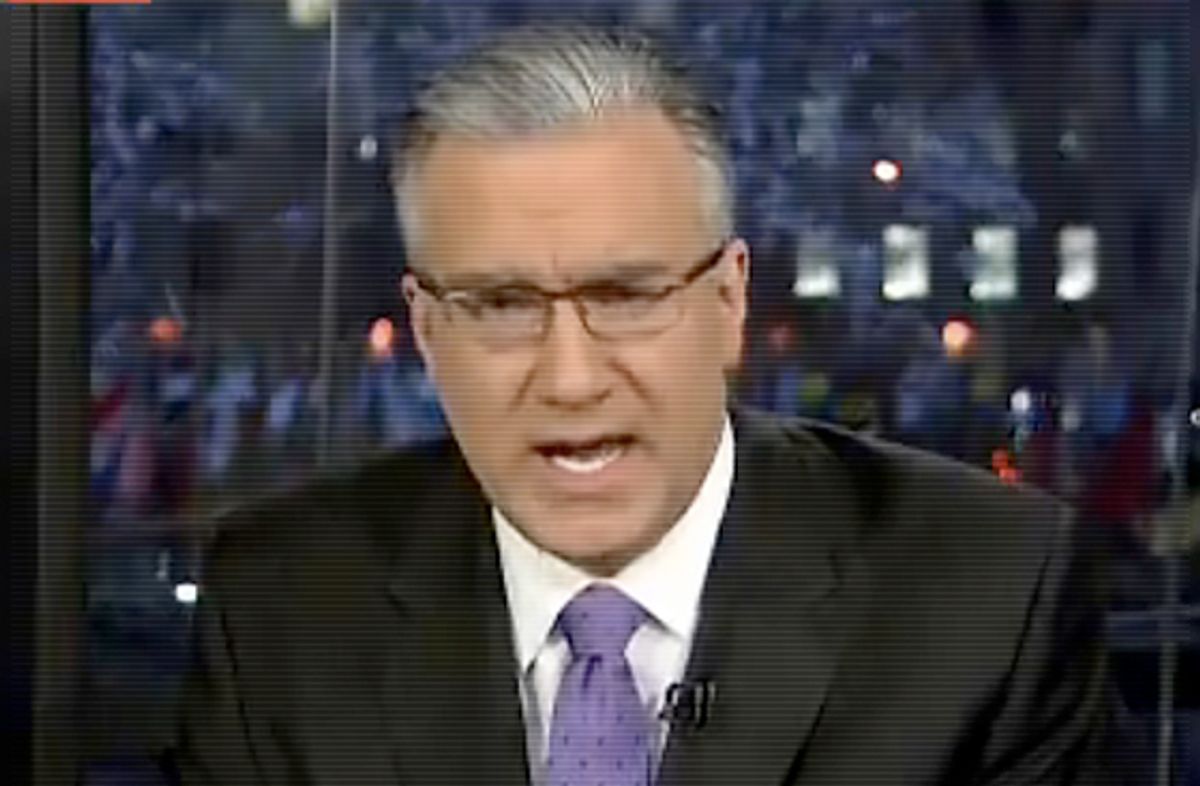 (UPDATED)MSNBC today suspended without pay Keith Olbermann, one of the network's most popular personalities, following the revelation by Politico that he donated to three Democratic congressional candidates and interviewed one of the three without disclosing the donation.

"I became aware of Keith's political contributions late last night. Mindful of NBC News policy and standards, I have suspended him indefinitely without pay."

There are a few things going on here: one is that Olbermann did violate NBC's rules against contributing to political campaigns (though many others getting an MSNBC paycheck  apparently have as well -- more on this below). Another is that there's a history of tension between Griffin and Olbermann, who told the New Yorker in 2008, "Phil thinks he’s my boss." So it's possible MSNBC was looking for an excuse to fire Olbermann. And, finally, MSNBC may be making a play to show it has more integrity than Fox, whose parent company, News Corporation, gave $1 million each to the Chamber of Commerce and the Republican Governors Association.

Griffin had seized on Fox's donations earlier this year, telling the Times, "Show me an example of us fund-raising." So presented with evidence of Olbermann's donations to Democratic candidates -- even if they are qualitatively and quantitatively different from Fox's corporate donations -- Griffin found himself in an awkward spot.

Meanwhile, MSNBC's replacement for Olbermann tonight, Chris Hayes of The Nation, has also acknowledged giving at least $250 to a friend of his who was running for Congress in Alabama. (To be clear: there is absolutely nothing wrong with this. He is an opinion journalist, and he was not covering his friend.) It appears that MSNBC host Joe Scarborough also gave several thousand dollars to a Republican congressional candidate in 2006. And MSNBC contributor Pat Buchanan has also given to Republicans. Again, these are opinionated commentators who regularly offer their political views.

Interestingly, Olbermann is not the only prominent TV host to contribute to a politician this cycle. Sean Hannity of Fox gave $5,000 to Rep. Michele Bachmann's PAC over the summer, as Salon reported at the time. In response to that reveleation, Fox told a Minnesota newspaper:

"It always good to remember that he's not a journalist, he's a conservative TV host," Shine said. "If he wants to donate to a candidate, he certainly can."

Now, as it turns out, Hannity had Bachmann on after the donation and did not disclose it. Fox's policy, if they followed it, actually makes a lot of sense here. Hannity's entire show is about promoting conservatives candidates and ideas. Olbermann's show is about promoting progressives. Olbermann, however, did not disclose his $2,400 donation to Rep. Raul Grijalva (D-AZ) on the same day he interviewed him. That seems more problematic than the donation itself.

UPDATE: MSNBC is now saying that Hayes will not replace Olbermann tonight, though it's not clear why.