Slide show: The "Motherless Brooklyn" author peels back the many layers of John Carpenter's "They Live" 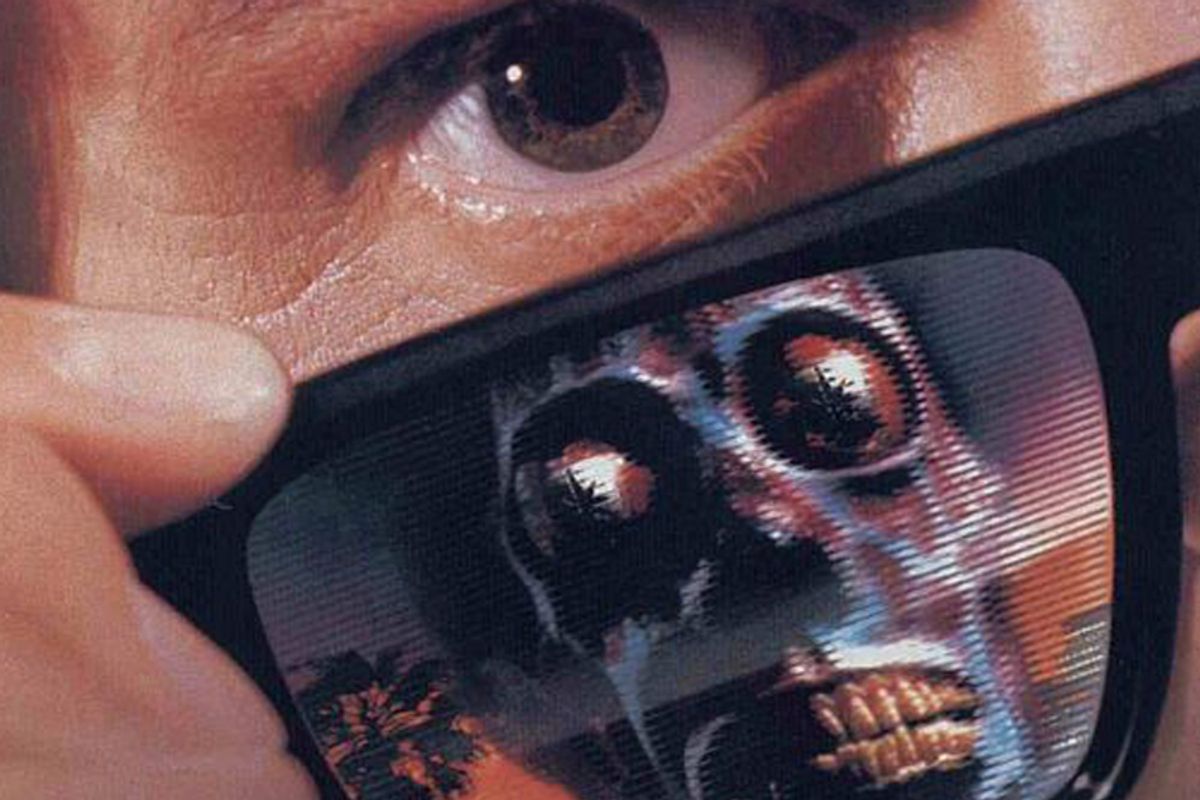 Editor's Note: "They Live," John Carpenter's 1988 cult classic, is a fairly subversive piece of work. The  film, which combines sci-fi, horror and satire -- and includes one of the iconic fight scenes in movie history -- is an allegorical treatise on the evils of capitalism, set in a Los Angeles populated by evil, conspiratorial and wealthy aliens. The film, despite a mixed original reception, has developed a rabid fan-boy following over the last few decades, and now Jonathan Lethem, the author of "Motherless Brooklyn," "The Fortress of Solitude" and, more recently, "Chronic City" has written "They Live," a meticulous, scene-by-scene analysis of its many, many layers. (If you haven't seen "They Live," the film has apparently also made its way online here.)

The film follows a drifter (referred to as "Nada") who stumbles upon a pair of sunglasses -- he finds them in a church that has recently been raided by the police. The sunglasses reveal a disturbing fact about a large number of Los Angelinos: They are space aliens bent on harvesting the resources of our planet. In the wake of that discovery, Nada goes on a shooting spree in a bank, kidnaps a woman named Holly (who later pushes him out a window), and convinces his construction worker friend, named Frank, to join him in tracking down the source of his sunglasses. As they learn when they find a resistance group, the shades contain something called "Hofmann lenses," which interfere with the aliens' hypnotic signal, transmitted through TV screens. In the film's final moments, Nada and Frank attempt to destroy the aliens' antenna on top of a local TV station, but Frank is killed by Holly (who, as it turns out, works at the station) and Nada is shot by the aliens. In the film's final moments, Nada succeeds in disabling the antenna (and revealing the truth to the city) before he, himself, dies.

We've put together a slide show of the most fascinating and insightful excerpts from Lethem's "They Live."