Slide show: In the wake of "127 Hours," we look at big-screen self-inflicted injuries that are impossible to forget 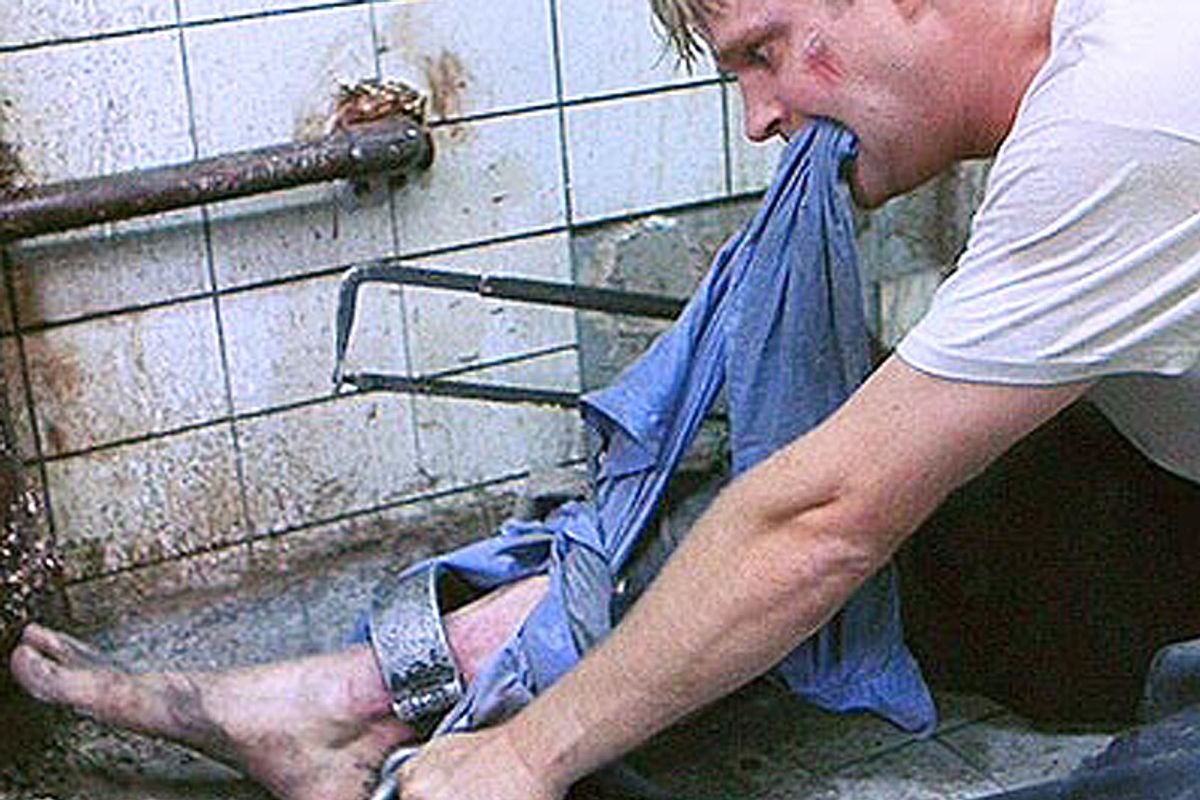 The new drama "127 Hours" can be summarized any number of ways. You could call it "the new film by Danny Boyle, Oscar-winning director of 'Slumdog Millionaire.'" Or, "an adventure drama about one man's survival in the wilderness against overwhelming odds." Or you could just go the route of most people who will buy a ticket this weekend and call it, "the one where James Franco cuts off his arm."

Yes, that's an oversimplification that doesn't do justice to the expansiveness of Boyle's vision or the subtleties of Franco's performance as mountain climber Aron Ralston, who in 2003 was trapped when a boulder pinned his right arm against a canyon wall, then spent five days drinking the remains of his water (and then his own urine) before freeing himself by breaking his arm and then hacking it off with a dull knife. But it's that last part that sticks with you, isn't it? Arm. Dull knife. Eeee-yiiiii! Why, that's just about the most disturbing thing a movie character has ever done to himself on-screen, right?

Actually, no. Self-mutilation has a long and proud tradition in cinema. Sometimes it's played for tragedy or existential horror, other times for laughs. But it always makes for arresting spectacle, and there are as many different ways to play it as there are films and filmmakers.