The Walkman is dead! Long live the Walkman!

As Sony ends production of the iconic '80s player, we ask: Who on earth was still using it -- and why? 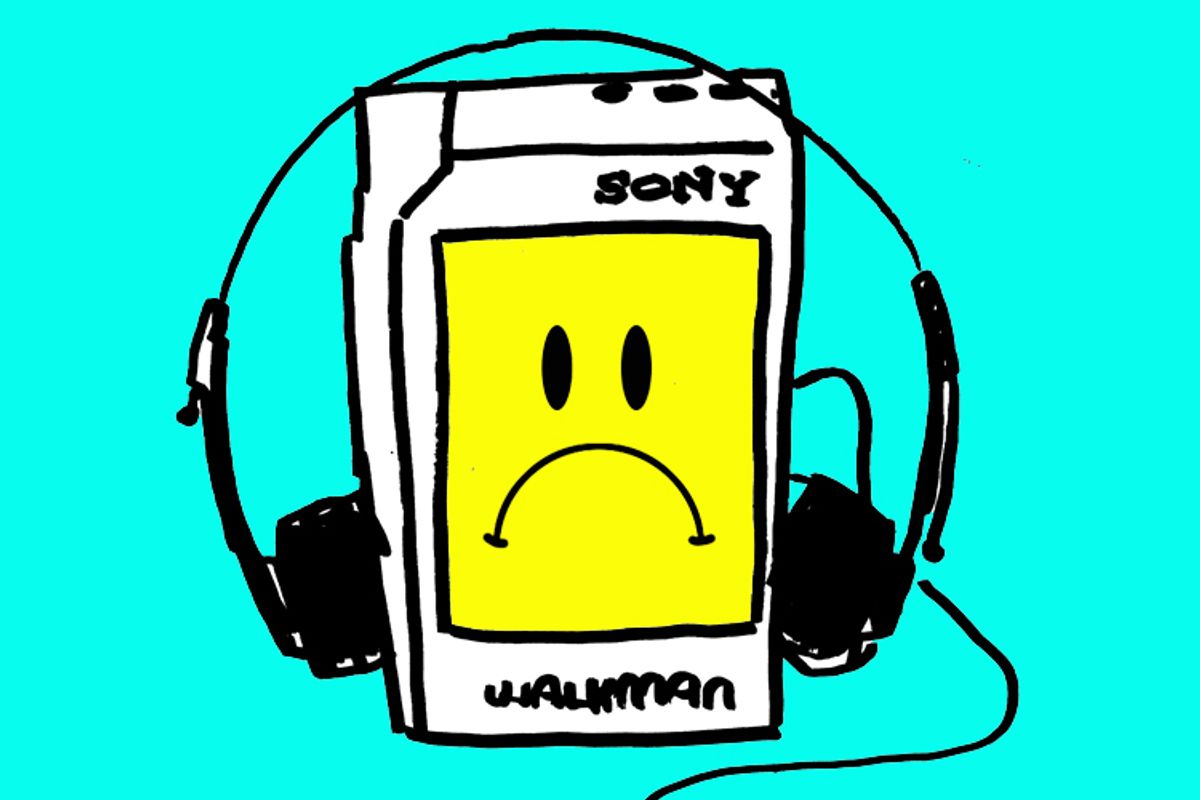 Sony announced last week it was discontinuing production of the cassette Walkman in Japan. Which prompts the obvious question: Sony still made a Walkman? Who on earth listens to it? Considering Sony can't go five years without redesigning the PlayStation, it's hard to believe that workmanlike, clunky rectangle still endures in an age of candy-colored design and sleek portable players.

And so I set out on a journey into the world of archaic audio, to find out who still used the Walkman. The first part of the puzzle: It's often people not living in America. The Walkman special interest page on Facebook is run by someone in Turkey. Facebook's Walkman Appreciation Society (68 members) is run by someone in Germany. Part of this affection may owe to technology lag.

"There is possibly some demand remaining in developing regions," Michael Inouye, a digital home analyst for ABI Research, told Yahoo! News, which went on to point out that less than 30 percent of the world population has access to the Internet.

Or maybe there are other reasons Europeans cling to their Walkmans.

"I've never really thought about it, but it makes sense. Europeans are more aware of design and quality than Americans," says Tim Jarman, a Brit who runs the reference site Walkman Central with his brother Nick. Walkman Central is one of the largest databases on the Web for all things Walkman; it offers deep analyses of every model -- from the pricey Solar Walkman to the famously yellow "Sports" Walkman that could allegedly float.

Jarman doesn't seem fazed by Sony's decision. He tells me via e-mail that Japanese-made models haven't been sold in the UK for many years. (Indeed, Sony will continue to make the product in China.)

But why does anyone use a Walkman these days? Jarman explains: "Working as I do in the music press, I have found that the Walkman, due to its superior sound quality, is still very popular with serious listeners of all types." He makes a good point. An MP3 is a form of compressed audio, and the loss of sound quality compared to a CD or cassette is certainly noticeable to the trained ear. As Jarman puts it, "There's no point downgrading to digital when you already have the best."

His website inspires me to dig out my aunt's old Walkman: a 1988 WM-AF22. Walkman Central dismisses the British counterpart of this model -- "The quality of finish was not the best." Oh, well. The Walkman is still a time machine for people who grew up using the things: the heavy click of the stop button, the high-speed squiggly sound of the tape as it fast-forwarded, the patience and guesswork required to get to the next song -- all of it can seem bizarre and foreign to someone raised on the instant gratification of CDs and MP3s. And yet, the Walkman was the music revolution of its own time: It reinvented portable electronics. And it's hard to underestimate the influence of the blank tape (whose equal never existed on vinyl), allowing users that great expression of adolescent angst: the mix tape.

But even if a Walkman provides a better listening experience than an MP3 player, where do you even find cassettes for sale these days? The discount rack at the local car wash may be the ideal spot to find the Doobie Brothers Greatest Hits. But what if you want something a bit ... newer?

Enter Burger Records, in Fullerton, Calif. Burger Records sounds like an anachronism: a specialty shop focusing on cassettes and vinyl that opened in the middle of the Great Recession. And yet, business is booming a year after the store was featured on the cover of OC Weekly. "Things have only gotten bigger and crazier. It's awesome," says Sean Bohrman, one of the owners.

It's no surprise there's a market for much-fetishized vinyl records. But cassette tapes, with all their flaws, never inspired much poetry: They melted in the sun, the tape was forever getting tangled. But Burger Records, like other specialty stores across the country, sells not only cassettes dating back 40 years, but also new tapes and new artists on labels like Sub Pop and Vice Records. That's right: On cassette.

People are "just listening to music any way they can," explains Bohrman. "And this is a cheap way to listen to music. People are willing to take a chance on cassettes for $5, whereas they wouldn't buy an LP or CD for $10 or $15." He says the average Burger customer is between 15 and 30 years old. That means nostalgia might not play a factor so much as novelty and economics. And anyone looking to build up an old record collection would do well to work in cassettes. A search on eBay yields 15,000 plus results, most of them between $1 and $5.  (A search for vinyl yields over 2 million results, ranging from a dollar to thousands.)

And again, sound quality. A musician himself and co-owner of the Burger Records record label, Bohrman defends the cassette's acoustic merits. "It's a warmer sound, it's an analog sound. It's the actual sound as opposed to a compressed MP3." But there's also something deeper, more symbolic at play: It's just something you can hold in your hand. You can't hold an MP3 in your hand, he says.

But like Tim Jarman, Bohrman doesn’t shed too many tears for the end of Japanese Walkman production. "For one, they made like 220 million of them," he says. Plenty to fill the aisles of thrift shops for years to come. Burger Records also keeps a Walkman inside the store for people to listen to cassettes while they shop. Burger co-founder Lee Rickard still uses his.

Meanwhile, I put new batteries in my aunt’s Walkman, and I'm hunting for my old Spin Doctors cassette. The songs may be terrible in retrospect, but apparently on a Walkman, it'll still sound amazing.