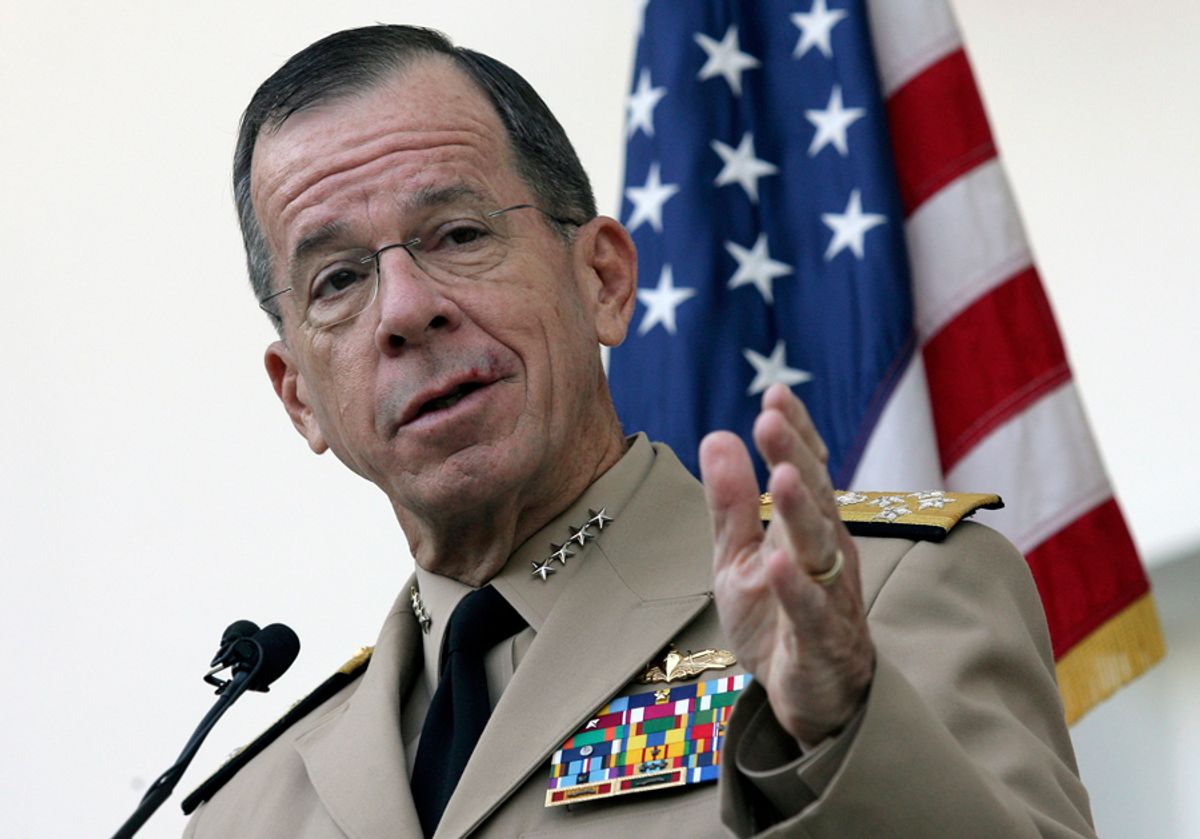 When 2014 rolls around and there are still scores of thousands of U.S. troops in Afghanistan, don't say they didn't warn you:

"One of the agenda items of the Lisbon summit is to embrace President Karzai's goal of completing the transfer of security responsibility to Afghanistan by 2014," Gates told reporters during a visit to Australia.

Mullen acknowledged "we're clearly not there" yet.

"But as a target at this point that makes sense," Mullen told reporters during a visit to Australia.

This is the latest evidence that President Obama's December 2009 promise to begin pulling U.S. troops out of Afghanistan next July is functionally meaningless. Also note that even the 2014 date is by no means a firm pullout deadline.

That puts the Obama administration in basic agreement with the incoming Republican chairman of the House Armed Services Committee.