When Bush's mother showed him her miscarriage 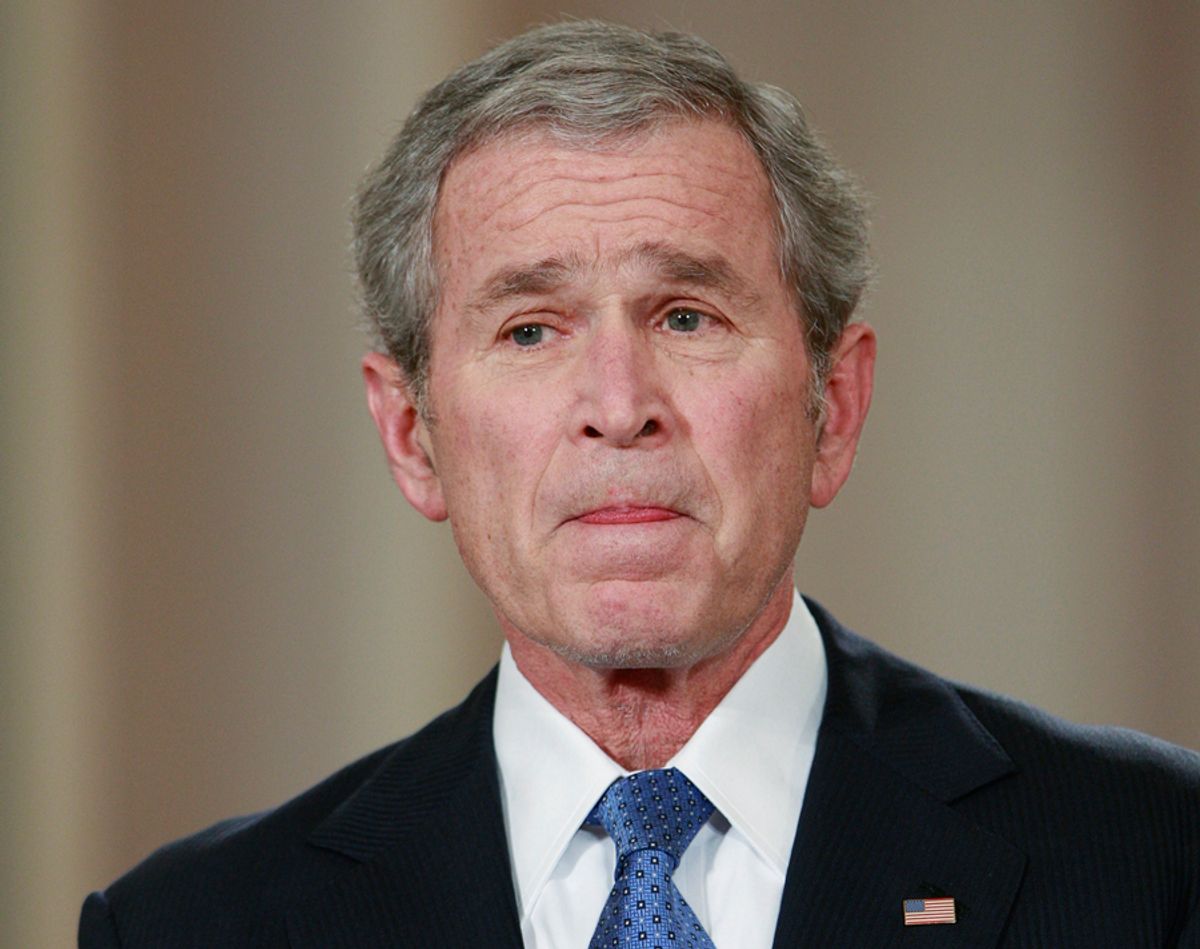 U.S. President George W. Bush pauses during his final live television address to the nation from the East Room of the White House in Washington January 15, 2009. Bush on Thursday defended his actions to avert a collapse of the financial system and protect America from another terrorist attack as he mounted a farewell bid to polish his troubled legacy. REUTERS/Jason Reed (UNITED STATES) REUTERS (?? Jason Reed / Reuters)
--

In the weirdest news item of the day, the New York Post reveals that when George W. Bush was a teenager, his mother, Barbara, showed him her miscarried fetus in a jar. "There's no question that affected me, a philosophy that we should respect life," he tells Matt Lauer in an interview that will air tonight. This bizarre anecdote may make Barbara sound like a pro-life extremist who used scare tactics to sway her son's views of abortion, but what the Post doesn't mention is that the former first lady eventually became pro-choice.

In the NBC interview, the former president explains that in the mid-1960s he had to drive his mom to the hospital after her miscarriage because his dad was out of town. "She said to her teenage kid, 'Here's the fetus,'" Bush says in the interview. "There was a human life, a little brother or sister." Lauer reads an excerpt from Bush's book, "Decision Points," in which he recounts the incident: "I never expected to see the remains of the fetus, which she had saved in a jar to bring to the hospital."

It may have helped to secure Bush's "pro-life" (or anti-choice) position, but it clearly didn't have the same impact on Barbara -- you know, the person who actually experienced it firsthand. In 1994, she revealed that she was pro-choice in an interview with Barbara Walters. Not only that, but during the 2000 presidential campaign, she went so far as to argue that the Republican Party should abandon its anti-choice platform. Note that another pretty important lady in G.W.'s life, wife Laura, has also voiced her belief in a woman's right to choose.