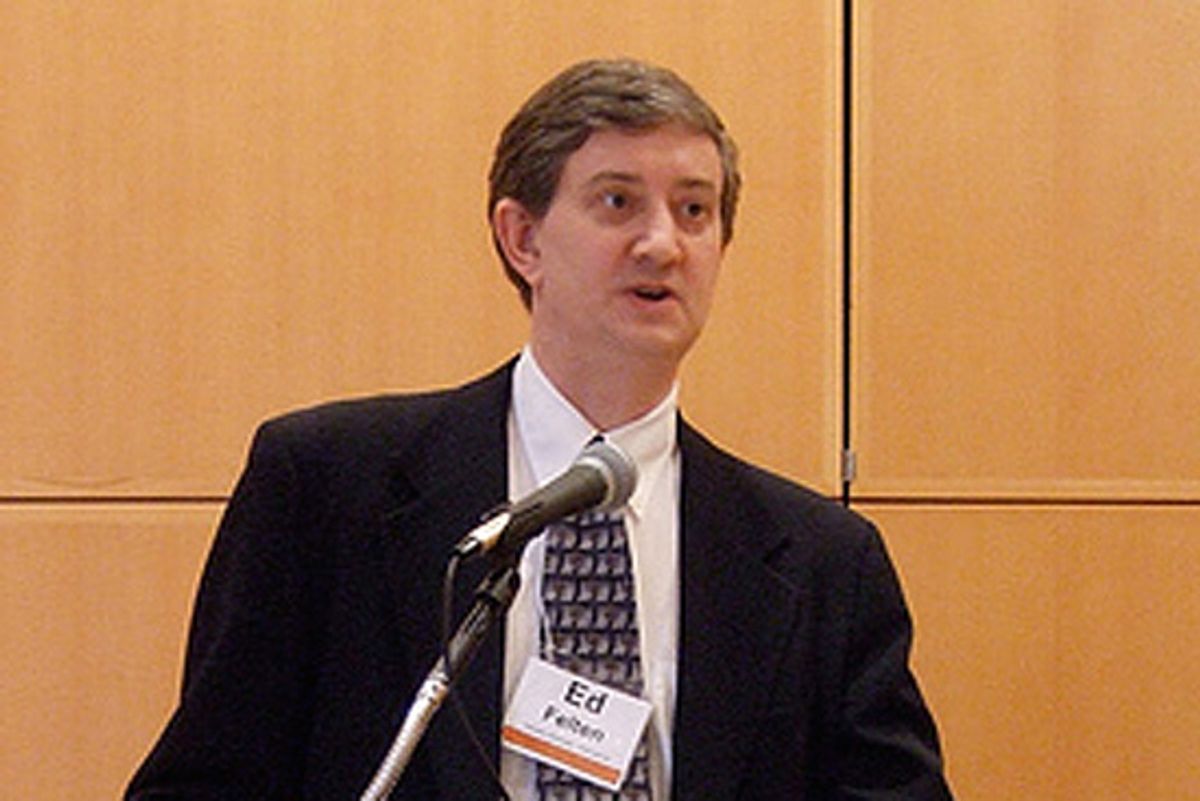 Ed Felten is a mad scientist. In the best possible way.

A computer scientist and Princeton University professor by trade, and a tinkerer at heart, Felten has been pushing and prodding at the edges of technology and policy for well over a decade. He and his colleagues have been showing us bugs in all kinds of systems  -- and showing up powerful institutions in the process.

So I was one of many people who was amazed but delighted to hear that he'd been named chief technology officer at the Federal Trade Commission. If FTC Chairman Jon Liebowitz wanted to bring the best kind of mischief-maker into the federal regulator most attuned to protecting Americans from corporate sleaze, and ourselves, he couldn't have done better.

Felten boasts a prodigious list of achievements. I first encountered him in the 1990s when he helped the government prevail against Microsoft in a big antitrust trial stemming from the company's illegal stomping on Netscape in the early Web "browser wars." That's probably his most widely public achievement, but it's far from the most important.

By my reckoning, his most vital work has been in demonstrating that America's electronic voting machines are a sick joke when it comes to security and verification of voters' intentions. Here's a video from Felten and his colleagues at Princeton's Center for Information Technology Policy, demonstrating how, as a YouTube headline put it, to "steal an election" with some simple hacks of a machine in use in the 2006 elections:

Two years later, after Felten showed the unbelievably crappy security in another vendor's voting machines, the company launched legal threats. He didn't back down.

It's in the privacy arena where the FTC hopes to use his expertise the most, according to the commission's announcement. There, too, Felten has been active and helpful to all of us who use computers for major activities in our lives. For insight into his and his colleagues' work, you should check out (and bookmark) their Freedom to Tinker blog. It's a classic in the genre, and very much worth following.

The FTC is getting one of the truly best people around in this hire. The only downside? It's a one-year appointment.

In 2005, Felten won the Electronic Frontier Foundation's Pioneer Award, a recognition of his "significant and influential contributions to the development of computer-mediated communications or to the empowerment of individuals in using computers and the Internet." I'll be attending the 2010 Pioneer Awards party this evening in San Francisco, where a secure-voting colleague, Hari Krishna Prasad Vemuru, is a winner. Prasad was jailed briefly for his work in India, where he demonstrated the insecurity of that nation's paperless voting systems.

The work of researchers like Felten and Prasad is vital to democracies, more now than ever given the outrageous stance of the voting-machine companies and governments that prefer to suppress the reality that they've pushed insecure, hackable crap into the system.

(Note: I was an EFF award winner in 2002, and have been a regular donor to the nonprofit organization, which fights every day to protect your rights and enhance your safety in the Digital Age.)